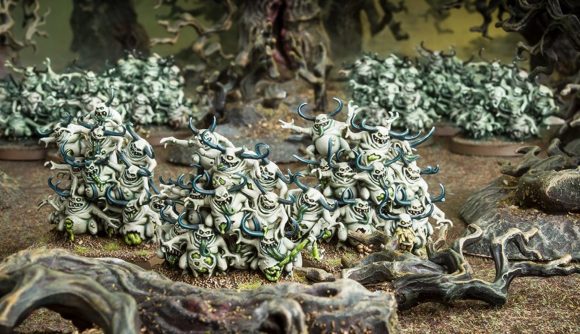 Lord of the Spire, the third of four ‘Battlefield Adventures’ for the Warhammer 40k Wrath & Glory tabletop RPG, was released on PDF on Friday, and – its publisher Cubicle 7 tells Wargamer – things are going to get a little yucky with this one. Players will face numerous disgusting enemies, including “literally thousands of Nurglings”, says Wrath & Glory producer Cat Evans.

“It’s a fight against the forces of Nurgle, so the mission takes the Agents through a corrupted palace dripping with Grandfather Nurgle’s blessings,” they add. “There’s a lot of gore, a lot of body horror, and some big surprises.”

Following up previous Battlefield Adventures The Bloody Gates and On the Wings of Valkyries, this new adventure deals with the exact same battle, but this time from the perspective of Tier 3 characters – one rung higher up the game’s character progression ladder than its precursor’s protagonists. “Tier 3s are pretty powerful,” says Evans. “We’re talking Space Marines, Commissars, and Tech-priests”. The first two adventures had focused on more basic human character types from Tiers one and two.

This time, says Evans, your team will be “the sort of characters who are trusted to take some initiative… which means the problems they face are bigger and more complicated than lower-tier grunts”. 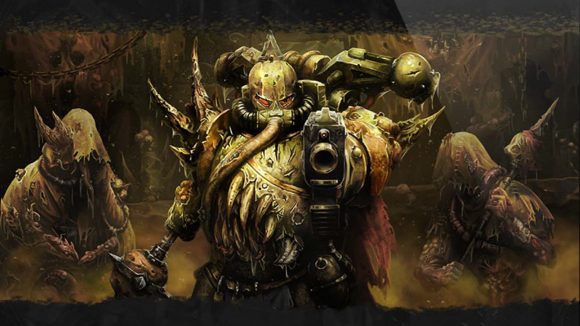 But Evans’ favourite part of this, the foulest Wrath & Glory adventure yet?

“Nurglings. There are literally thousands of nurglings, and the art Cubicle 7’s in-house artist Sam Manley drew for them is hands-down the best thing I’ve ever commissioned for a game. Squish.”

We’re not sure whether to be excited or nauseous; possibly both would be most appropriate.

Cubicle 7 says the fourth and final adventure, Affliction Ascendant, will have you roleplaying a “Tier-4 squad of Space Marines” – which could mean either Primaris Space Marines, or upgraded firstborn marines, or a mixture and/or choice between the two. There’s no release date or further details yet for Affliction Ascendant, however – so we’ll have to wait to find out. 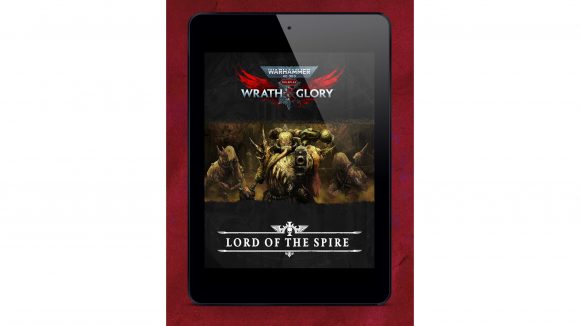 Lord of the Spire is available now on Cubicle 7’s store or DriveThruRPG for $4.99 / £4.49. If you haven’t played the first two adventures, you can also scoop up The Bloody Gates and On the Wings of Valkyries for the same price. 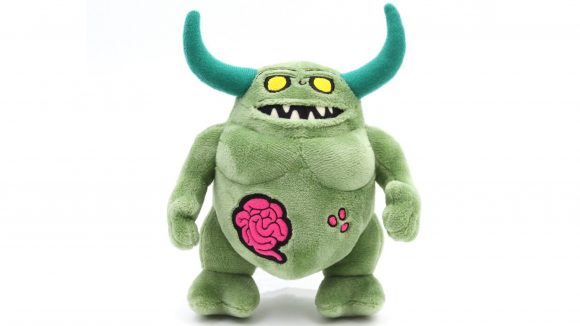