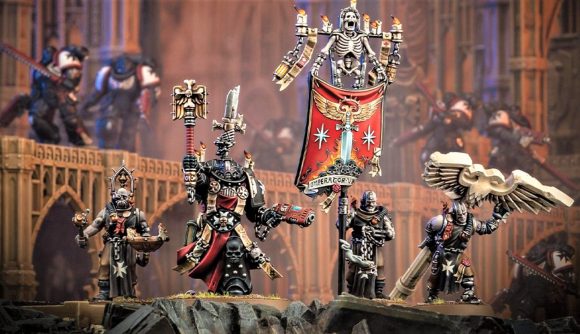 Games Workshop has revealed a third new, upgraded named character model for Warhammer 40k‘s Black Templars Space Marines – completing the set with a Primaris Chaplain Grimaldus miniature (complete with his trademark shoulder candles, and relic-carrying Cenobyte Servitors). There’s no confirmed release date or pricing yet – all we know so far is that he won’t be part of the imminent Black Templars army set.

The famed ‘Reclusiarch’ of the Black Templars chapter, and hero of the ever popular classic Black Library novel Helsreach, Grimaldus had been widely tipped to receive a Primaris makeover as soon as rumours of a renewed Black Templars range began to circulate back in summer 2021. But, after we saw a Primaris Emperor’s Champion, and Primaris High Marshal Helbrecht revealed, it seemed almost inevitable that the indomitable skull-faced Grimaldus would cross the Rubicon Primaris too.

And, like those two newly revealed characters before him, this new Chaplain Grimaldus kit will replace a venerable, but fiddly, smaller scale Finecast resin model that’s been around since the mid-noughties.

Despite the Primaris glow-up and up-to-the-minute Mk X Tacticus-pattern power armour, the new Grimaldus model retains some of his classic look – including the old-school circular vent on his chest plate; heavy honour scrolls with metal insignia hanging down his front; and the metal-toothed faceplate that just screams Hannibal Lecter. Grimaldus is cool – but he’s a scary guy. 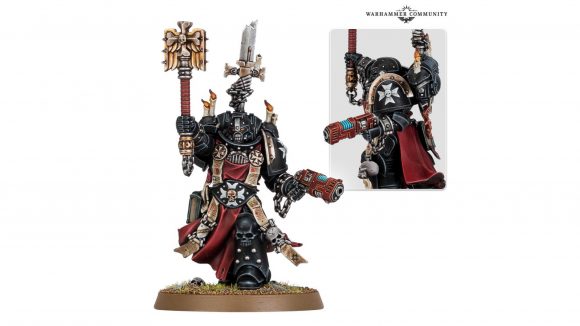 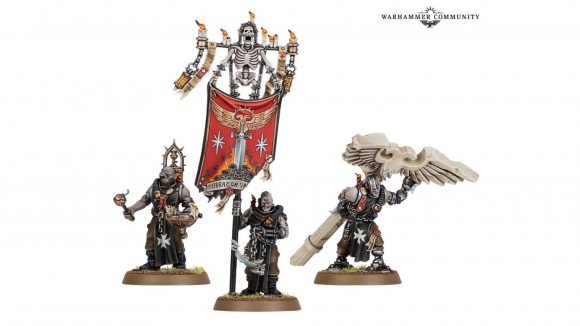 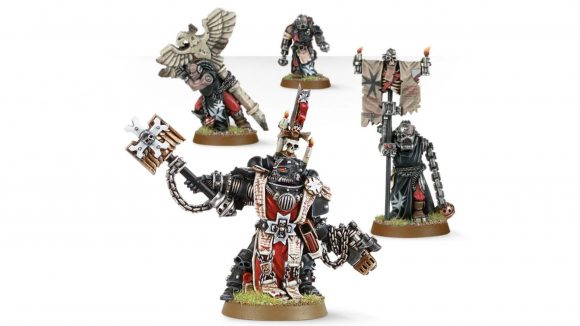 As for the Reclusiarch’s tabletop rules, we haven’t a clue just yet – we’ll just have to wait until we get our hands on the new Black Templars codex, due in November (or earlier, as part of the Black Templars army set). 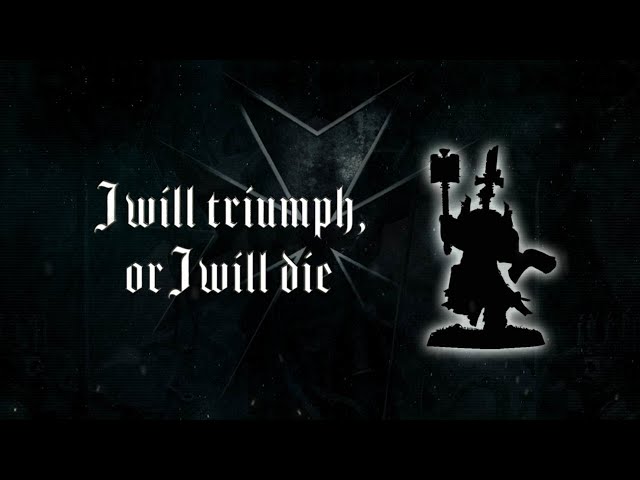 If you want to learn more about the range of new crusading black-clad Space Marines returning to the battlefields of Warhammer 40k, read our full Black Templars launch box guide.