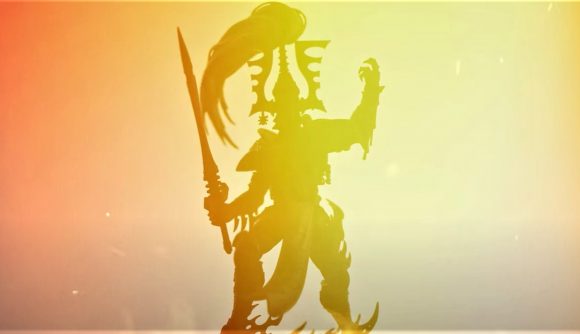 In a new teaser trailer – watch it below – Warhammer 40k maker Games Workshop has confirmed fan suspicions that the classic Craftworlds Eldar character, the Avatar of Khaine, is getting a brand new miniature.  The new model – whose arrival can’t fail to further raise suspicions that a 9th edition Eldar codex is just around the corner – seems drastically larger than the classic 1993 Jes Goodwin sculpt that preceded it, but still wields its distinctive sword, The Wailing Doom.

Unveiled via the Warhammer Community site on Wednesday, the new trailer traces the evolution of the Avatar of Khaine in-game character through various iterations of miniature form, before showing a tantalising glimpse of just the silhouette of the Avatar’s incoming new model.

There’s no indication yet of when the new mini might be coming out – but GW hints a full reveal could be coming in the firm’s preview stream from the Las Vegas Open tournament, starting at 10pm PT on Thursday, January 27 / 1am on Friday ET / 6am on Friday GMT.

Coming directly after GW previewed a string of new, plastic Craftworlds Eldar units – most recently the Warlock and Dark Reapers – the arrival of this big fiery chap is another strong omen that the Craftworlds Eldar 9th edition codex release date might not be far off. 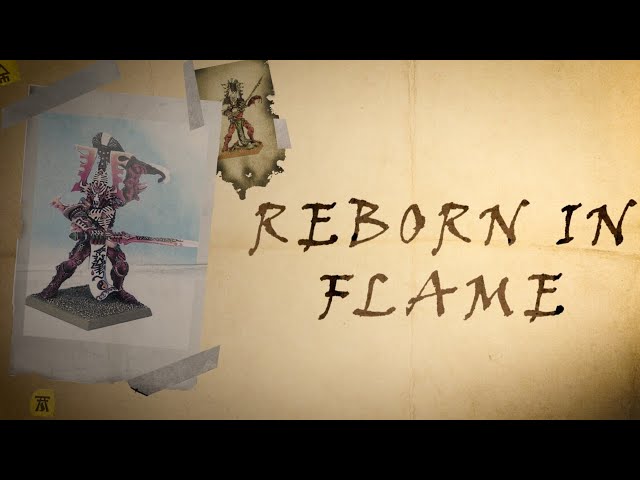 With the new T’au Empire codex going to pre-order this Saturday, and no other book confirmed to be the next release, the eyes of Eldar players worldwide will be on GW’s LVO preview stream on Thursday night (or Friday morning for the East Coast and Europe).

But, if you don’t fancy staying up (or getting up early, depending on where you are), don’t worry – just follow Wargamer on Twitter or Facebook, and we’ll set you up with no-nonsense news reporting on all the biggest reveals as they come out.