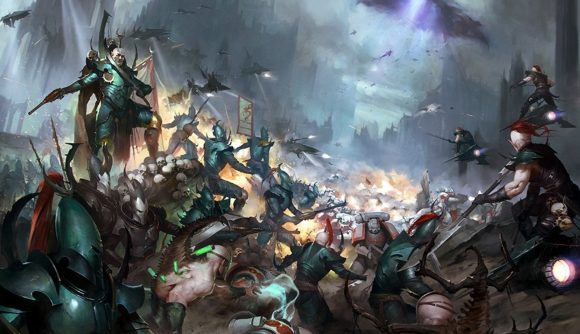 Warhammer 40K’s latest round of FAQ rules clarifications, in combination with the Chapter Approved 2021 points updates, makes various “tweaks” to correct over-powered elements in the Drukhari faction, according to a Warhammer Community post on Wednesday.

In particular, the Drukhari FAQ confirms 10-point cost increases for Raider transports and the (terrifying) melee character Drazhar – units that featured prominently in almost all tournament-topping Drukhari lists since the new codex released in March. It clarifies, too,  that the Haemonculus Covens’ subfaction ability Dark Technomancers no longer applies to weapons that always hit (i.e. liquifier guns). Since Dark Technomancers gives a bonus on wound and damage rolls, at the cost of applying greater risks to your hit roll, combining it with weapons that hit automatically was extremely powerful.

The FAQ also amends the Drukhari’s Raiding Forces rule – which allows them to take as many Patrol detachments as they like without paying any Command Points – to ensure that multi-Patrol Drukhari armies can no longer also benefit from the generic 2CP refund for a detachment containing your Warlord.

Drukhari lists had been widely using this effect to begin each standard 2000-point game with a mighty 14CP to spend, instead of the normal 12. 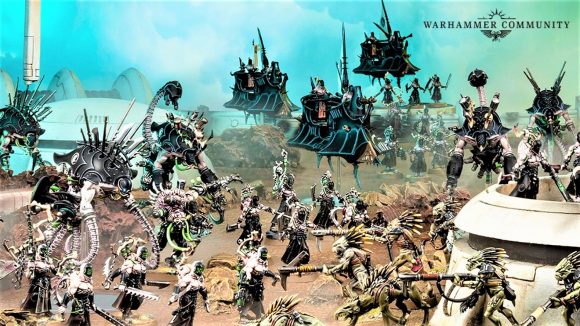 These points changes and rule tweaks should go some way to combating growing fears –  especially among the competitive Warhammer 40k community – that the Drukhari were becoming too powerful. The faction has consistently attained tournament win rates north of 70% since their new rulebook came out two months ago.

Outside of the Drukhari, the FAQ aims to solve the issue of conflicting unit abilities that say their bearer “always fights first” or “always fights last” with a simple rule.

Now, in a fight including such units, the players controlling the units will simply alternate, starting with whoever’s game turn it is. First, the “fights first” units take turns between them, then the regular units, then the “fights last” units. It seems obvious , now that they put it like that… 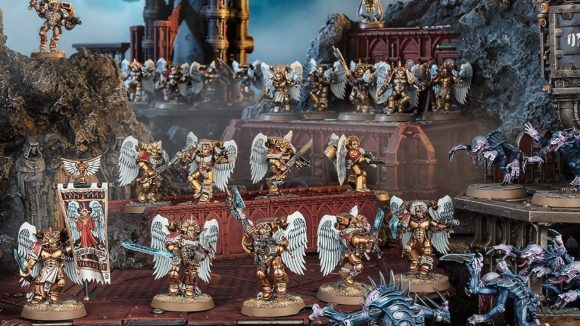 The core rules FAQ also tightens up wording around Deep Strike – abilities that deploy units anywhere on the board – to ensure you’ll always have to roll a nine or higher to make a successful charge after deep-striking.

One more FAQ change – of particular note for Death Guard players – is that the wording of the rule for Difficult Ground has changed, so that crossing this type of terrain now explicitly applies a -2″ modifier to the moving unit’s ‘Move’ characteristic.

This means the revolting Death Guard’s Inexorable Advance ability will now finally make them immune to Difficult Ground’s slowing effect – something the previous rule, as written, was generally understood to rule out. 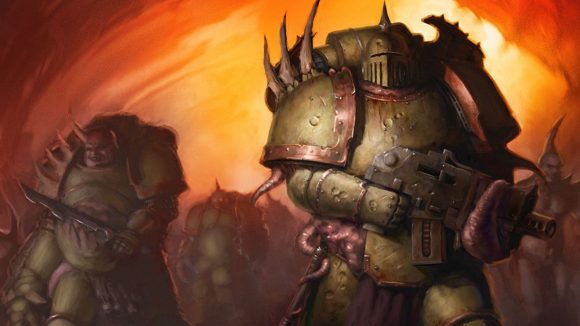 Games Workshop releases several rounds of FAQs (also called Errata) each year, for both Warhammer 40K and Warhammer Age of Sigmar. They’re intended to roll together and implement all the rule changes its game studios deem necessary, based on all the timely playtesting data it’s gathered on its latest army books and publications.

This the second set of FAQs so far in 2021, the first having dropped in early January.

If you like Warhammer 40K news, check out what’s happening to Land Raiders’ points cost. Or, if you’re more of a PC Warhammerer, you’ll want to check out the Vermintide 2 update in this week’s Skulls stream.