It’s not often that tabletop RPGs let you roleplay characters bent on total destruction. You’re usually entrusted to defend the world against annihilation, not cause the carnage yourself; Orcs (and, indeed, Orks, Orruks, and so on) are usually reserved as the enemies of a campaign, not its heroes. The next sourcebook for Cubicle 7’s Warhammer Age of Sigmar: Soulbound – the tabletop RPG adaptation of Games Workshop’s fantasy miniatures game – shuns that habit.

Fittingly titled Champions of Destruction, the book adds a plethora of new player options to the game, letting you create a character belonging to one of the many mighty Age of Sigmar armies that comprise the Mortal Realms’ Grand Alliance of Destruction.

As Wargamer revealed in our exclusive preview of the book last week, you’ll be able to roleplay as an orruk, grot, ogre, troggoth, kruleboy, and more, using a crop of new Talents, Miracles, and abilities. Stomp across the land as a hulking behemoth, or bounce your way to battle on a squig.

We spoke to Soulbound’s producer, Elaine Lithgow, to find out more about the book’s new player options, how it reconciles desolation with narrative progression, and the types of adventures you’ll be able to embark upon. 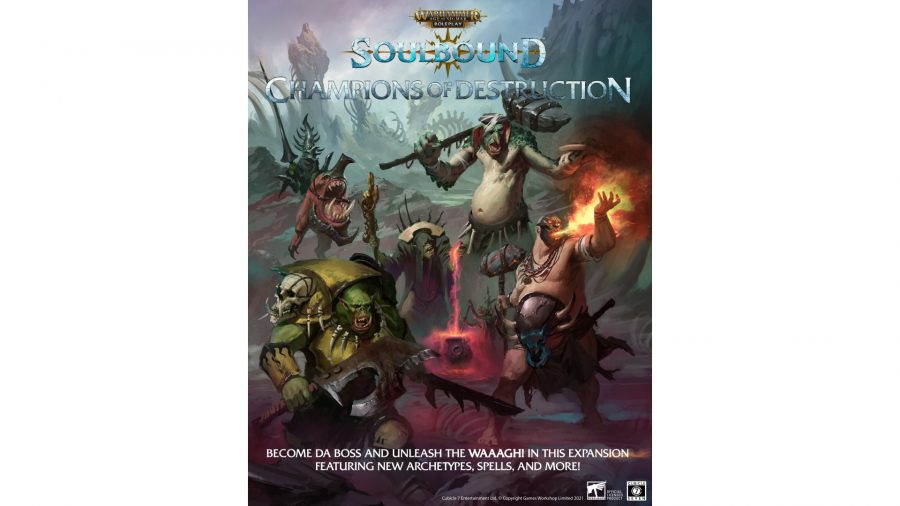 Elaine Lithgow: There’s so much in this one, there’s over 20 new Archetypes. Sometimes you forget how large some of the Grand Alliances are before you start really digging in, and with the Kruleboyz releasing when we were in pre-production, it is a chunky book.

As well as the archetypes, we have new spells, we have new miracles, we have information on all of the gods of Destruction, and how these destruction characters can end up either bound themselves or as part of an Order binding, which is similar to Champions of Death. You can build parties that are all Destruction archetypes or can try to work them together with the other books to make a more esoteric, and very odd party.

One thing that we’ve done slightly differently with this one, is that parties that are all Destruction have some unique rules to them. One of the key mechanics of the game is Soulfire, which is a group resource that individual characters can use to do cool superheroic things or maximise all the successes on a test. But for all-Destruction parties, we wanted to lean into some of the Waaagh! energy in this concept. We’ve had a lot of fun tweaking how Soulfire works in relation to the Waaagh! 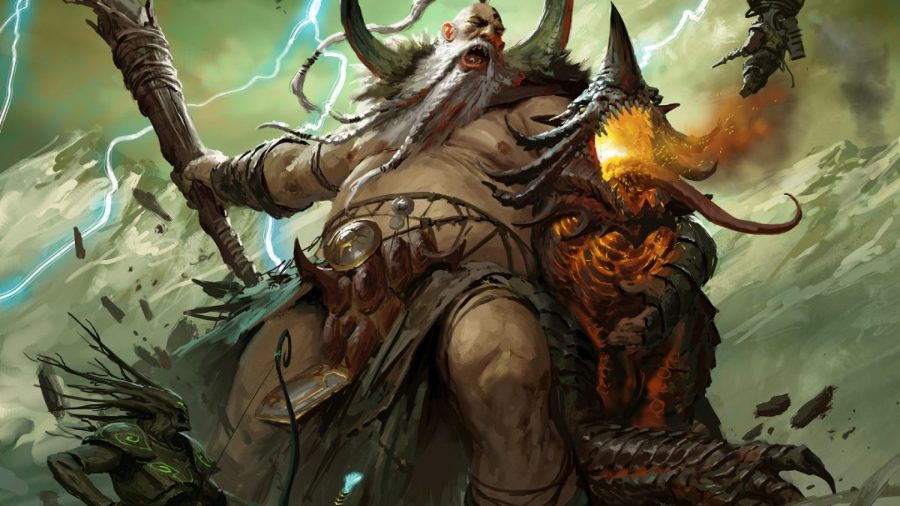 What are some of the new Archetypes introduced in Champions of Destruction?

Some of the cool stuff that hasn’t been announced yet are the spider stuff. We’re touching on some of the Spider God stuff in this as well, which lets us play with Webspinner Shamans and Spider Riders. We’re going to be showing off Archetype art in the run-up to this, and some of the artists have done incredible interpretations of the Spider Riders and Webspinner Shamans because those models have a lot of character, and bringing more character through the art is great.

Dice fights: These are the best tabletop RPGs around

Arachnarok spiders are one of my favourite monsters in all of AoS, and I keep using them in adventures. I keep trying to squeeze them in. So I can’t wait to be a Webspinner Shaman messing around trying to summon spiders and all this crazy stuff. They play as good fun in the game as well, like having mounts that you can scuttle up walls on.

A lot of the Archetypes in this book don’t fit the usual mould of heroic player characters; they’re more powerful and less obviously ‘good’. What guidance is there for players who want to roleplay one of these more peculiar Archetypes?

A large part of these player options books is not just talking about ‘here’s this character, they can ride a spider, figure it out yourself’. We always aim to make them as rich as we can with faction-specific lore and selectable sub-factions to try and let people get into the mindset. We also provide sections for GMs and players on playing specific campaigns that are focused on Destruction because this is very different from playing a typical hero.

One of the great things about Soulbound is that we have this higher power level, so we can let people really dial up to 11. You know can be playing as massive troggoths that are throwing entire trees at people, which would in a lot of systems be reserved for the ‘big bad’. We’re always aware we’re giving people these incredible Archetypes with great power, so we need to make sure we’re guiding people in exactly how to still make their games exciting. 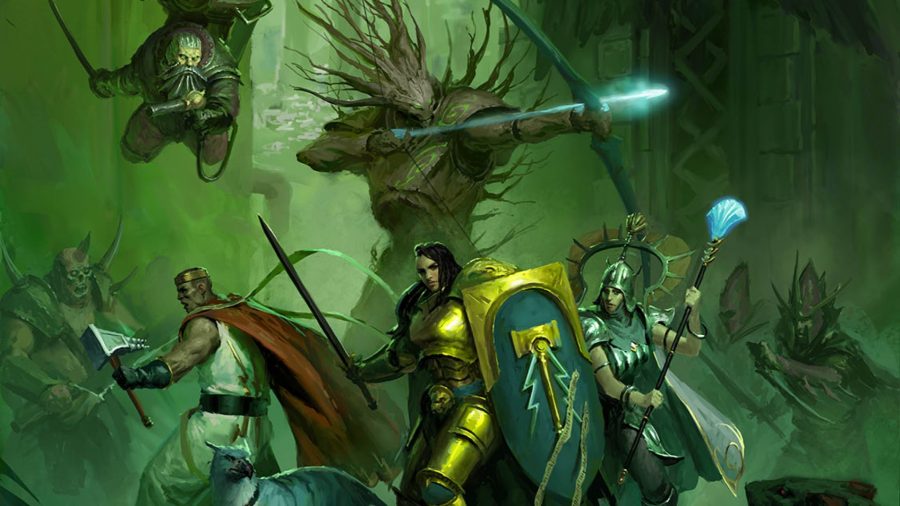 In the wider Age of Sigmar lore, grots and orruks are sometimes presented fairly comically. Is that something the book leans into?

They’re a really interesting grand alliance because they can go from being very, very funny but then they can also get really scary and sinister. The Kruleboyz are a good example of that, these horrible, swamp-dwelling sadists who set insidious traps.

It’s always fun playing in those two spaces. You can feel like you’re a group of football hooligans on tour having a good laugh, but then you can still have these terrifying imposing characters. If you think about an actual troggoth in real life is this 12-foot tall tree-wielding monster.

Diverse stories: Designing for disability in a Pokémon TTRPG

We’re playing around with some mechanical concepts that’s trying to give groups ways of having some sort of inter-party conflict, without it being disruptive. One of the iconic things about the Destruction factions is the degree of animosity among them.

There’s always this thing of who’s the boss? Who’s in charge? Depending on who’s the boss, the tone of your game will change. It was important to try and find ways to reflect that theme and those ideas mechanically without it being too disruptive because you don’t want to just break into PvP every time they disagree with each other.

How will playing a Destruction character change a player’s experience of Soulbound?

A lot of it comes down to just what you’re being tasked with doing. When you’re playing as Order or even Death, they’re normally tasked with protecting settlements or cities, or seeking out relics to claim them for their power, and other noble deeds. When your grand alliance is literally called Destruction, and there’s very few factions within the Grand Destruction of alliance that, for example, build things. It really does change what your goals are. A lot of the time it is more point: point at thing on the horizon, let’s go crump that thing. And then you go crump that thing.

One of my favourite sub-factions is the grots because they can be driven by such malice. An enemy can wrong them, and they can decide that they’re going to dedicate their entire existence to eradicating this vastly superior enemy using whatever mad schemes come to mind in their mushroom-field daydreams. They’re certainly a much more direct party. They’re less likely to be involved in very deep investigations. 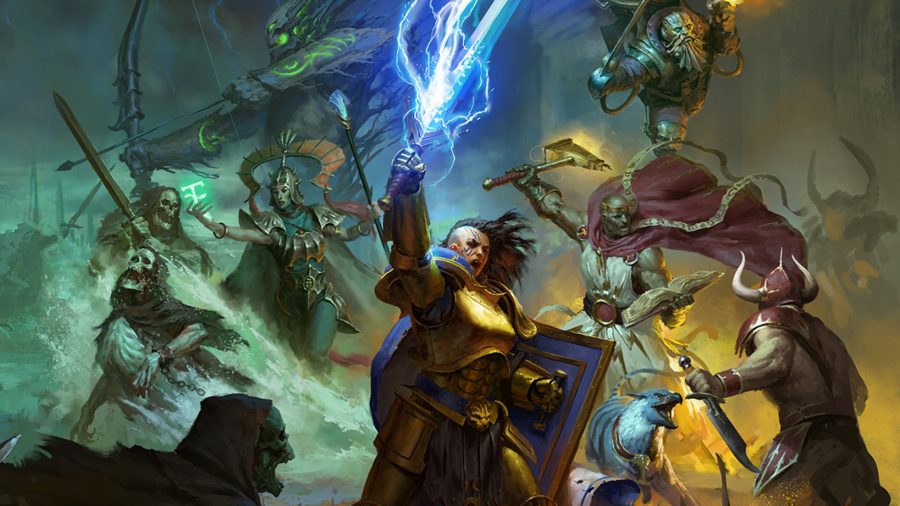 Does that make Destruction-focussed adventures inevitably more focused on combat rather than roleplaying or exploration?

I definitely think there’s a greater focus on going out there and having a good time by crumping things.

There’s definitely still lots of room for social play in the bosses and the Waaagh!s. A lot of these factions have fairly complicated hierarchical structures, and your party or maybe not necessarily going to be the head of that structure.

If there is a Waaagh! of 10,000 orruks and you’re a party of five misfits amongst that, how does that play out in a campaign? Are you rising to the top? Are you trying to become the big number one boss? Or are you just out for your own little group smashing and pillaging?

They’re like bulls in china shops. You can throw a Destruction party into political intrigue, and have fun with how they just unravel it all by going on rampages and whatnot. They’re going to be laugh-per-minute parties.

How can players keep their characters varied when they’re all ultimately interested in smashing things to smithereens or breaking things down?

The general thing that I always like to keep in mind is the Goals mechanic and the primary way players get experience. You have Short-term Goals and Long-term Goals. Long-term Goals could be something ridiculous, like a grot who might be obsessed with touching the Bad Moon. That’s going to massively shape how your grot goes about in the world. Whereas your short-term goal might be to stick a knife in the back of this grot who annoyed me last session.

The Goal system really helps to define how your character is different from other characters, even outside of the metric tonne of different skills, Talents, spells, and Miracles that are all going to massively change. There’s a difference between characters who are worshipping the Spider God – the cool miracles and the reason they’re fighting – to someone who’s worshipping the Everwinter. There are so many character archetypes with so many different customization options, I don’t think people are gonna have trouble making their character stand out. 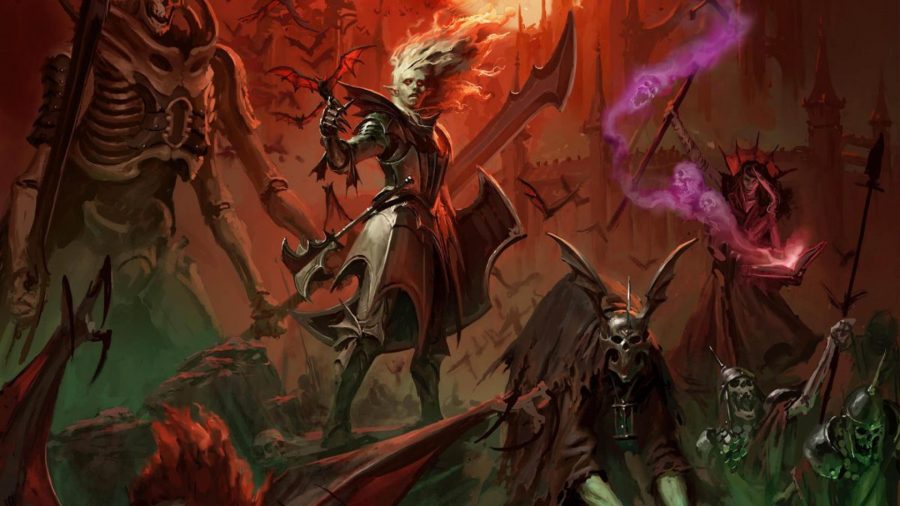 There are no ‘good’ factions in Warhammer, but those in the Grand Alliance of Destruction rarely take that mantle. Will players have to be evildoers?

One of the thematic ideas I like to think about with Destruction is that a lot of the time they’re themed as wanting to return things to the natural way. If you think Order, they’ll show up, plant a settlement down, and the Orruks think everything is better when they’re wild, savage, and there’s big monsters around and we can crump everything.

Realms and ranks: Read our guide to all the Age of Sigmar armies

As players, where you set that dial is a conversation between you and your GM. As with any game, in session zero one of the most important things you should always discuss is the tone.