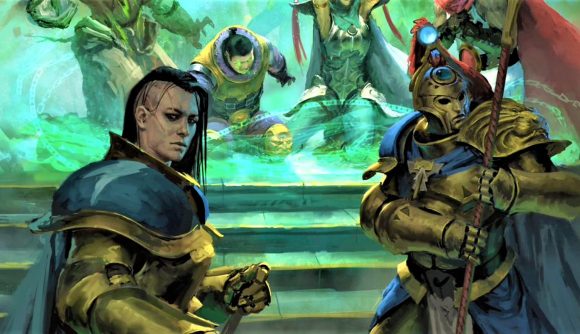 Soulbound, the Warhammer Age of Sigmar tabletop RPG, just got a brand new, freely downloadable PDF starter adventure for new players.  Well, brand new to most. The 13-page adventure, titled Reap and Sow, was previously distributed for 24 hours only, in 2021’s ‘Free RPG Day’ event back on October 16 – but publisher Cubicle 7 announced on Monday it was now free to download from its official site.

Designed for Free RPG Day – an event aimed at introducing fans to as many new games as possible via sponsored games and giveaways in local game stores – Reap and Sow is an “introductory” adventure, tuned for players new to Soulbound. Cubicle 7 says it’s for a party of four players and one GM, and “should take roughly 2-3 hours for a group to complete”.

Your party will be tasked with defending Grimreach – a new settlement founded by Grand Alliance Order in Shyish, the Realm of  Death – from the depredations of the fearsome Ossiarch Bonereapers. Single-minded soldier-creatures built of ensorcelled bone, these warrior-servants of Nagash have come to collect their skeletal tithes – and it’s up to your party to stop them.

The adventure comes in five parts, with time given over to exploration, dialogue, and roleplay, as well as combat. The PDF deliberately introduces rules “as they become relevant”, to help you get into playing more quickly – and, naturally, it includes four pre-constructed characters to pick up and play, including an apparently non-binary Kharadron Overlord Endrinrigger named Malgra, and a animal-loving Sylvaneth (sentient tree) called Darach. 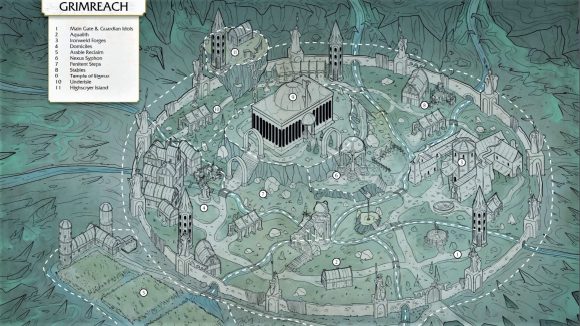 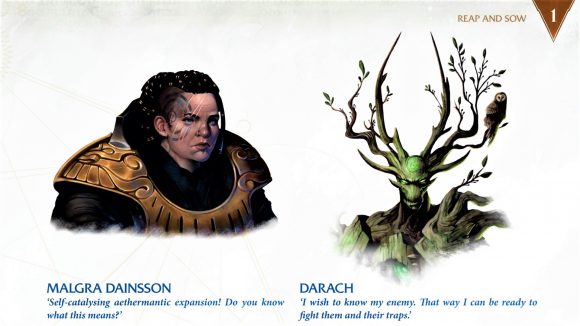 You can download the adventure for free right now from Cubicle 7.

If you want to learn a bit more about Age of Sigmar Soulbound, have a gander at our review of the full-blown Soulbound starter set.

Alternatively, over in the Age of Sigmar tabletop wargame, the big news is the introduction of new Vanguard starter boxes for Age of Sigmar armies – analogous to Warhammer 40k Combat Patrol boxes.