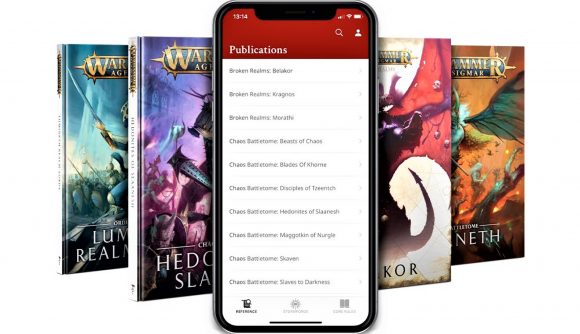 Prior to the app’s public release, GW had made clear it would include a new, improved army-building tool, and warscrolls (in-game stats) for every unit in the game, but it wasn’t clear to what extent further faction rules – Command Traits, Battle Traits, Artefacts of Power, and more – would be implemented, nor when or if additional rules from Broken Realms would be accessible.

In fact, the app version released on Google Play and the Apple app store on Wednesday included access to all that rules content. After the beta ends, the app’s features will reportedly transition to being available only via a subscription to GW’s Warhammer+ service; we still don’t have any indication of when or how that switch will happen, or whether any portion of the app will remain accessible to non-subscribers.

The new official Age of Sigmar app, in the form in which it was released on Wednesday, is structurally almost identical to the Warhammer 40k app, sharing the same user interface and navigation as its sci-fi sibling in both the rules reference and list-building sections. 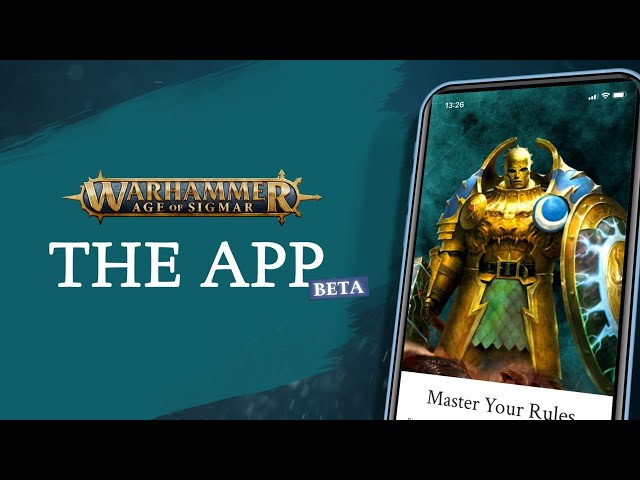 The 40k app had a positively bilious fan response to its initial launch in 2020, but has since undergone a year of troubleshooting work, with piecemeal improvements made as successive new 9th Edition Warhammer 40k codex rulebooks have been released and implemented within the app.

The new Age of Sigmar app’s main purpose seems to be adopting the same method of digitising new rules that Warhammer 40k has been road-testing for the past year. This has players “unlock” the app version of each new faction battletome or rules supplement by typing in a unique code printed into their physical book’s cover. 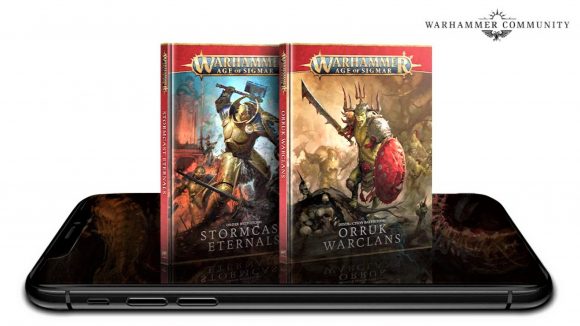 This’ll start with the new Stormcast Eternals and Orruk Warclans battletomes, currently up for pre-order from GW, both of which, the firm confirmed via Warhammer Community on Wednesday, will feature these unlock codes to access their rules within the app.

As our editor wrote recently, it’s part of a series of moves by GW to digitise Warhammer from top to bottom under the umbrella of its Warhammer+ subscription service – and it’s interesting stuff.

Curious about Warhammer+ and why the hell you have to pay more when Warhammer is already so damn expensive? Check out our full Warhammer+ subscription guide. Or, if you’re fresh into the Mortal Realms, get to know the neighbours with our guide to Warhammer Age of Sigmar armies.