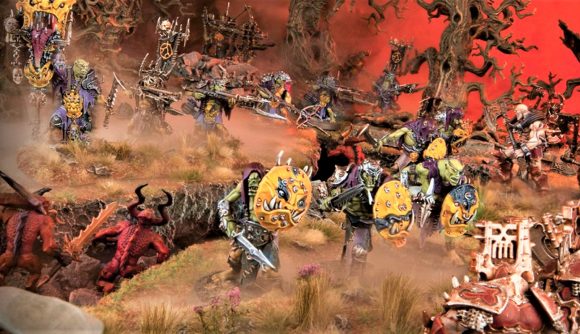 Games Workshop has previewed some new rules for Warhammer Age of Sigmar’s Kruleboyz Orruks faction, including powerful-looking, themed subfaction special rules for the Big Yellers and Skulbugz warclans, as well as one Kruleboyz-specific ‘Dirty Trick’ ability, titled ‘Noisy Racket’, and broader Orruk Warclans rules – all of which we’ll look at in detail below.

The new Kruleboyz rules were revealed in a Warhammer Community article on Tuesday, which also confirmed that the new Orruk Warclans battletome – due in August – would cover all the rules for the Kruleboyz, Ironjawz, and Bonesplitterz, as well as specific ‘Big Waaagh!’ rules for combining forces from all three into one army list.

These ‘Big Waaagh!’ armies, it adds, will also get access to the new ‘Power of the Waaagh!’ mechanic. A force multiplying rule, this sees certain in-game actions grant you Waaagh! points, which, as they accumulate, will layer your army with buffs to “speed” and “hitting power” – until, finally, you can cash them all in for a ‘WAAAGH!’ (yes, that’s the same word, but in capitals). Fittingly, this gives every single Orruk in your army an extra attack for one phase – which, if you manage it right, sounds absolutely brutal.

The two Kruleboyz ‘warclan’ subfactions revealed on Tuesday – the Big Yellers and Skulbugz – both get passive abilities that look rather strong. 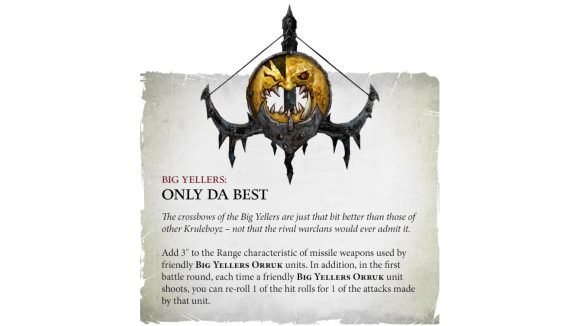 The Big Yellers, it seems, are the Kruleboyz’ expert crossbowmen – with their ‘Only Da Best’ subfaction ability, they get an extra three inches of range for all missile weapons, and can re-roll one hit roll for each shooting unit in the first Battle Round.

This lot are clearly going to field an awful lot of Man-skewer Boltboyz for a devastating first-round barrage – which will be easy, since, as the article obligingly tells us: “Big Yellers can take Boltboyz as Battleline units”. Take cover, all ye Stormcast Eternals. 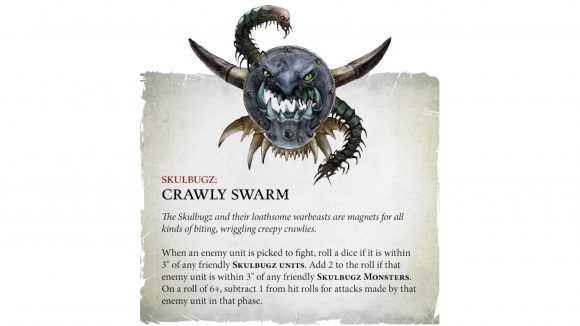 Meanwhile, the Skulbugz have been outed as the Kruleboyz’ grossest subfaction. Their ability, Crawly Swarm, is based on the idea that they love creepy crawlies so much that they’re usually covered in them, making them harder to hit. Charming.

Essentially, every time an enemy unit attacks you in melee, you roll d6 and, on a 6+, apply a -1 to hit to that attack, representing the fact your enemy might just slice off half a centipede instead of their target.

There’s a nice synergy with the Kruleboyz’ monster units, too – adding +2 to the roll if a monster is also within three inches. We’ll have to wait and see if there’s another warclan with even more affinity for the big beasties, however. 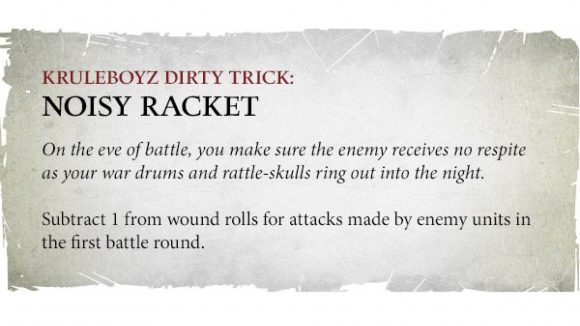 That Kruleboyz ‘Dirty Trick’ ability, Noisy Racket, is a potent one, too, applying a blanket -1 to all your enemy wound rolls in the first Battle Round.

GW has not clarified whether these ‘Dirty Tricks’ are Command Abilities – which cost Command Points to activate – or some bespoke Kruleboyz mechanic. We’ll most likely have to wait for the book’s release next month to find out. 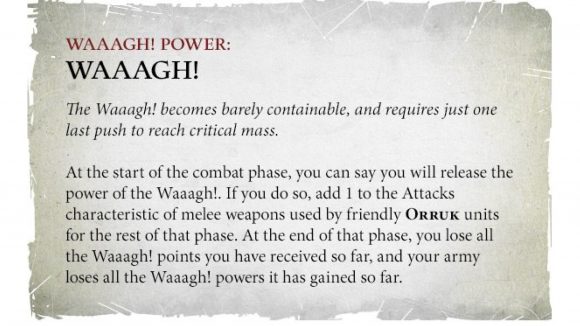 Finally, we get the welcome news that, with so many new mounts being added to Age of Sigmar’s greenskin armies (Great Gnashtoofs, Sludgeraker Beasts, and Corpse-rippa Vulchas, anyone?), the new Orruk Warclans battletome features a bunch of new Mount Traits to give your loyal steed extra narrative flavour, and in-game effects. 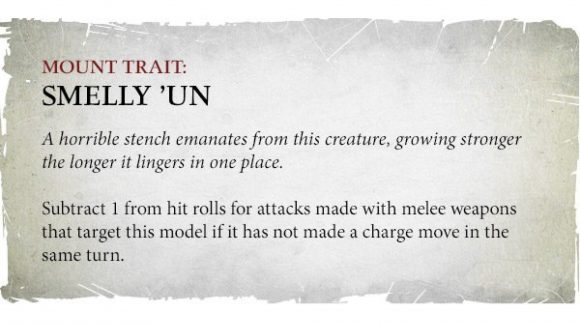 Only one was revealed in Tuesday’s article: ‘Smelly ‘Un’ gives enemies a -1 to hit on melee attacks against your mounted model, as long as you didn’t charge this turn.

The idea of your character becoming unbearably stinky the moment they stand still for two seconds may be revolting – but it’ll help give Kruleboyz characters an edge in protracted, close-up scraps. 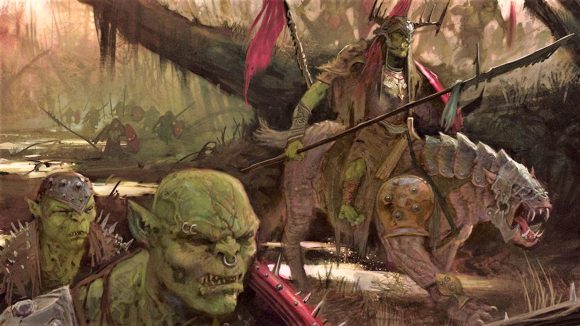 Like the look of the sneaky, swamp-dwelling Kruleboyz Orruks? Check out the magnificent new model for their leader, Gobsprakk, the Mouth of Mork. Or, if you’re looking to start collecting them, you’re best off with one of the new Age of Sigmar starter sets.

Also in Age of Sigmar news: the Stormcast Eternals have dragons now. No, we didn’t see it coming either.