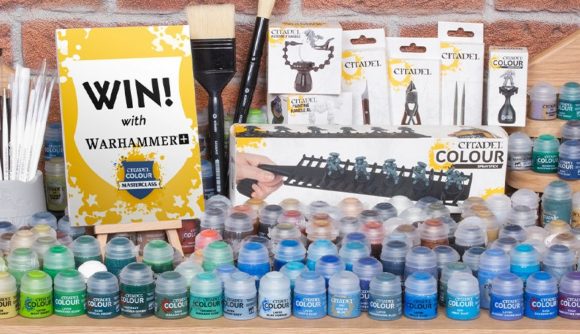 A week after it began giving away a free limited edition Warhammer 40k Space Marine miniature with every purchase over $240 / £150, Games Workshop has launched a new promotion, in aid of its subscription service, Warhammer+. Anyone who’s subscribed to the service by October 31 will be in with a chance to win “every Paint, Tool, and Brush in the Citadel Range”.

Announced in a Warhammer Community article on Friday, the giveaway will see five randomly-chosen subscribers awarded the entirety of Games Workshop’s own brand hobby range, which it summarises as: “one of every single paint we make – Base, Layer, Air, Contrast, Shade, Dry, and Technical – as well as one of every brush we make (including the synthetic STC range), and all the tools, including painting handles, clippers, spray racks, files, project boxes, and all the rest.”

Casting a quick eye over the GW webstore and the provided picture of the whole haul, that’s 334 pots of paint; 33 brushes; six tools; a Hobby Project Box; a  Spray Stick; a Paint Rack; a Water Pot; and a Palette Pad. By our reckoning, that’s in the region of $3000 / £1600 worth of kit for each of the five winners. It’s a hefty prize – and seems to suggest GW is serious about attracting more Warhammer+ subscribers, since it is rarely so open-handed in its giveaways.

GW has billed this as “The Citadel Masterclass Giveaway”, associating it with its Warhammer+ exclusive painting tutorial TV show hosted by Louise Sugden. Citadel Masterclass has had six episodes so far, covering techniques like wet blending, glazing, and light-skinned faces. 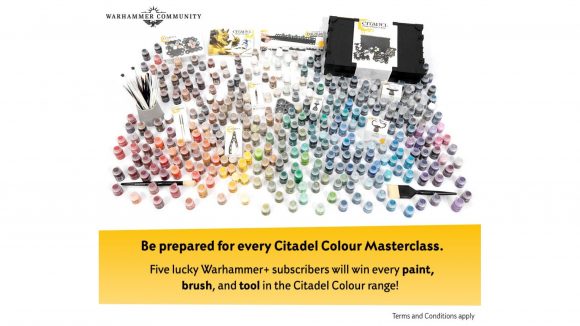 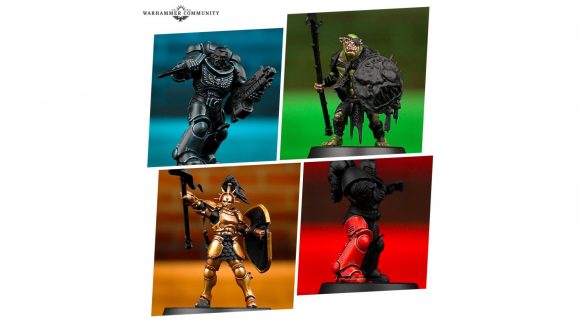 We don’t know yet whether to expect further competitions or promotions, themed around specific Warhammer+ shows, aimed at attracting new paid subscribers to the service – though, as its content library grows, it seems perfectly possible.

It’s worth noting, too, that you don’t actually have to subscribe to Warhammer+ in order to be entered into the prize draw; while GW is obviously not shouting about it, the Terms and Conditions linked in the article make it clear that you can also legitimately enter by emailing GW directly, asking to be entered. 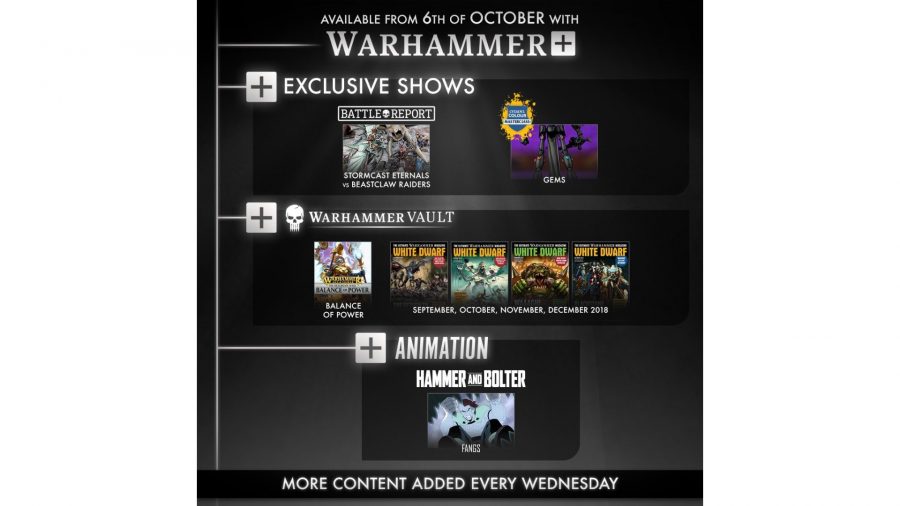 Friday’s article also revealed the specific content to be added to the Warhammer Plus service this coming Wednesday, October 6, 2021.

Subscribers can look forward to the first of three new episodes of the Hammer and Bolter animated series; a Warhammer Age of Sigmar Battle Report pitting Stormcast Eternals against Beastclaw Raiders; a new Citadel Masterclass focusing on painting gems; and a sheaf of new publications in the Warhammer Vault, including four issues of White Dwarf magazine from 2018.