Dark Souls already has a board game and a card game from publisher Steamforged Games; a TTRPG adaptation of the series felt as inevitable as the Age of Dark. Despite past success with this universe, Steamforged still needs to handle such a beloved intellectual property (IP) with care. Fans have already expressed some scepticism online about the choice to use D&D 5E as the RPG’s base system. The Dark Souls RPG is now up for pre-order, but the question remains: will it provide an authentic Dark Souls experience?

With so many licensed games under its belt, you’d certainly assume that Steamforged knows its stuff. Monster Hunter: World, Horizon: Zero Dawn, and a horde of the Resident: Evil games have made their way to Steamforged’s board game catalogue alongside Dark Souls.

It’s clear that, for August, mood means everything in Dark Souls. “I’m going to get very pretentious here, so please bear with me,” he laughs – “but I think that one of the lessons of Dark Souls is how tremulous and fleeting life is.”

Simply the best: check out the best tabletop roleplaying games

“That grand, Gothic architecture fallen into destitution, those gloriously empty streets – I hope that the RPG is a way of exploring these themes around life and death.” As one might expect, this is primarily achieved by giving Game Masters (GMs) a big stack of tools and materials to create a lore-appropriate world for players. 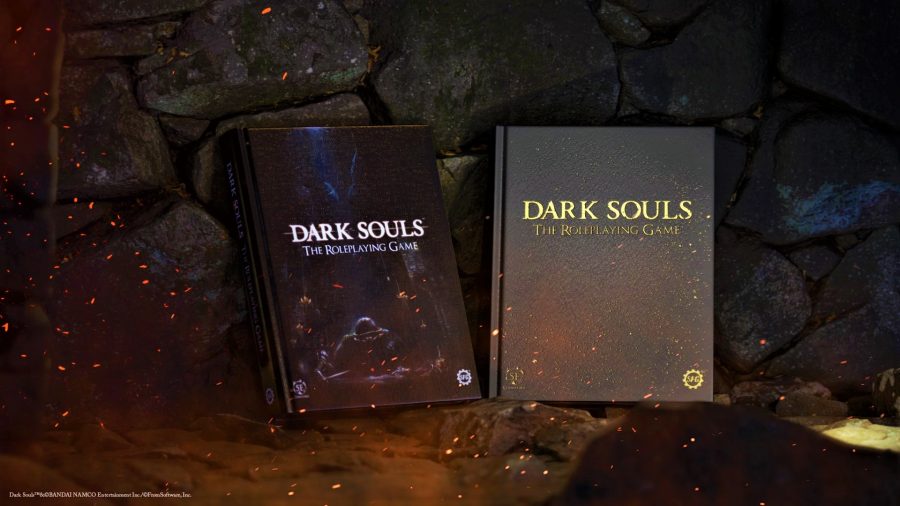 “We’ve got a thorough GM chapter that I’m really proud of that builds the right atmosphere for a Dark Souls game”, explains August. He says the rulebook is piled high with tips and tables for creating NPCs that are, as August puts it, “authentically odd”. Perhaps your own Dark Souls NPCs will rival the strange voice of Pickle Pee, Pump-a-rum Crow – or leave a mark as memorable as Anri of Astora.

Hollowing removes your abilities - or even your voice

For August, it’s important that player-characters are also fully enmeshed in “the entropy and corruption” of Dark Souls. “You choose – or roll randomly – fragments of personality, backstory, memory drives – things that allow you to fill out who your character was in the world before you became an Unkindled.”

As you may have guessed from the whole “entropy and corruption” thing, you’ll partly be building these backstories just so the Dark Souls RPG can tear them apart. “They’re part of the death mechanic and the ‘hollowing’ we’ve tried to build in”, August explains – hollowing, he says, can mean losing character abilities, mechanics or even “weird and integral” character aspects like your character’s voice. 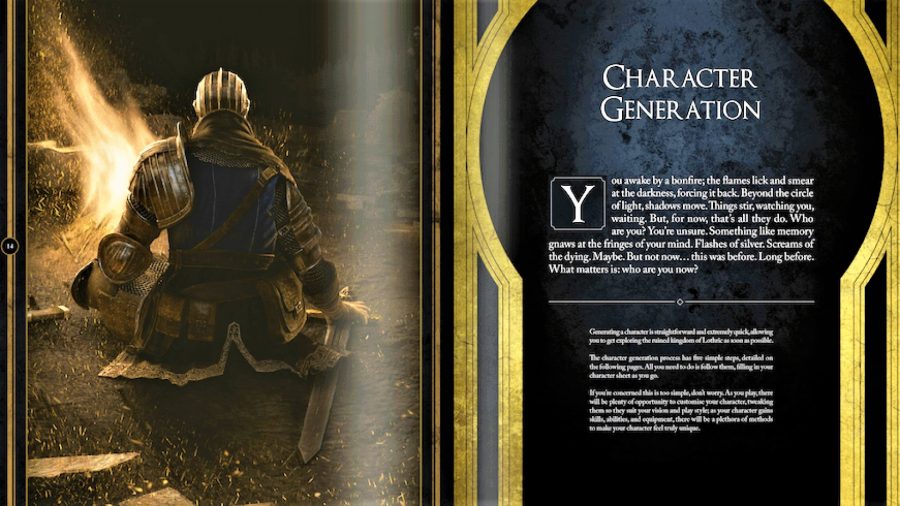 Besides the “existential bleakness” of Dark Souls’ world, August says the team has made a conscious effort to ensure the other major pull from the videogames is present in the Dark Souls RPG – that is, the famously challenging combat. Discussing his favourite Dark Souls boss, Yhorm the Giant, August warns us that “he will go through you like butter” in the RPG. It seems levelling up and preparing for battles will be just as essential to the Dark Souls RPG as to the original series.

August explains that taking opponents down quickly or in a single hit requires pragmatic use of the RPG’s new ‘Position’ mechanic. This allows you to spend health in exchange for tweaks to dice results or special, character-specific abilities – but (surprise, surprise) health is already in limited supply. 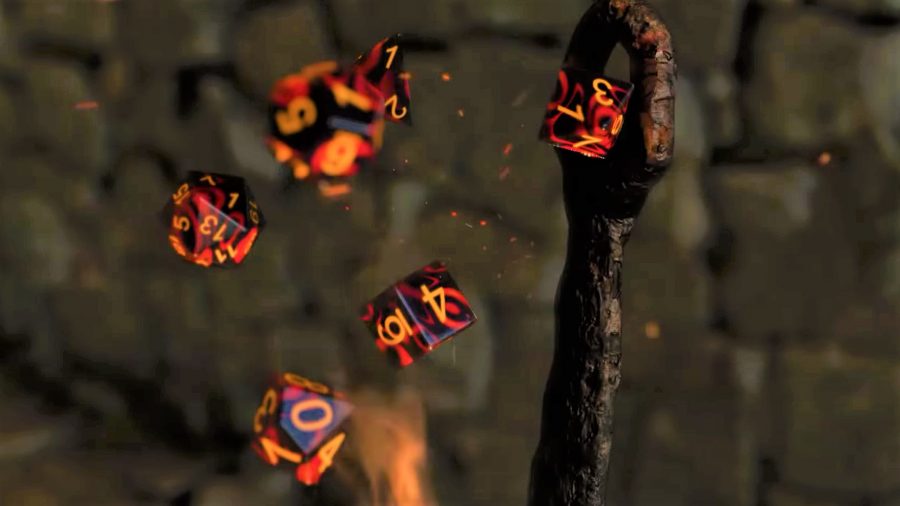 “Some of the bosses are absolutely horrible”, August says. The Nameless King, in particular, he says, is “absolutely brutal”. “You’re going to have to master using and conserving your Position, as well as your limited magic casts”, he says.

You have to work together to optimise and beat the bosses

“At the same time,” he adds, “if half the party dies in a boss fight, you fail and respawn at the nearest bonfire” – making teamwork essential in battle. “You need to work together and optimise your combinations to take down the really tough stuff,” he says.

Despite having to make changes to translate the series into a TTRPG, August says that he hopes not to “undermine the original Dark Souls experience”. “When you’re writing with an existing IP, you kind of have to create an author figure who you’re trying to please”, August explains. “In my head, there was a version of Hidetaka Miyazaki I was attempting to honour. “If I was sending this [game] to him, I think it would work – I think this captures the ideas he wanted in his game.”

With such a fanatically well-loved franchise, it’s not only the original auteur whose expectations need living up to, however – August and his team are also keenly aware their game will collide with the hopes and dreams of Dark Souls fans once it’s out in the world. “I hope they see the authenticity and the love for the original IP in the game”, he says. “We [on the Dark Souls RPG team] are all huge Souls fans, and we work very hard to try and capture that feeling in the game.”

Tell me why: Find out why the Dark Souls RPG uses D&D 5E rules

The Dark Souls RPG is available for pre-order now, but Steamforged has also announced a Collector’s Edition that can be pre-ordered from February 16, 10:30 am EST / 3:30 pm GMT. August thinks fans will be “overwhelmed by how beautiful” the RPG books are. “It really is an artefact worth owning.” Steamforged has also announced a series of miniatures for the game that will be released later in the year.