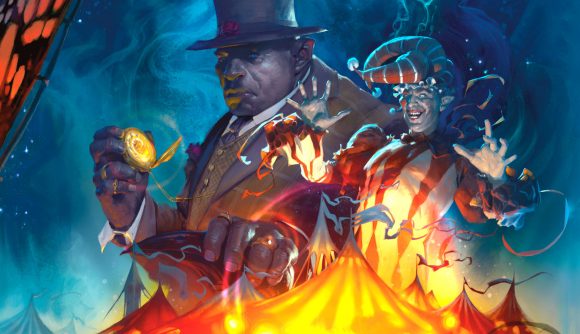 The next D&D adventure book has been revealed as The Wild Beyond The Witchlight. Announced by publisher Wizards of the Coast across social media today, the upcoming book for the classic tabletop RPG will invite you into the Feywild, a popular Forgotten Realms setting that has until now remained unexplored in official D&D 5E sourcebooks. The book will release September 21, and is available to pre-order now.

Wizards of the Coast describe The Wild Beyond The Witchlight as a “storybook” that will show off the “wicked whimsy of the Fewyild” in D&D 5E for the first time. The book features a story written by acclaimed D&D writer Chris Perkins, who worked as lead story designer on the much-loved Curse of Strahd adventure module, and will contain new player options, monsters, and DM material.

Featuring what appears to be a collection of circus tents, a jester, and a Victorian-looking ringmaster on its cover, as well as a small child and butterfly-winged beast on its back, the book looks to have the mischievous, surrealist themes that the Feywild is known for.

As with recent D&D sourcebooks, The Wild Beyond The Witchlight will release in a standard and alt-cover variant. Regular D&D illustrator Tyler Jacobson has penned the artwork of the standard edition, and previously illustrated the cover of Volo’s Guide to Monster’s and the card art of Drizzt Do’Urden in the upcoming Magic: The Gathering crossover set Adventures in the Forgotten Realms. 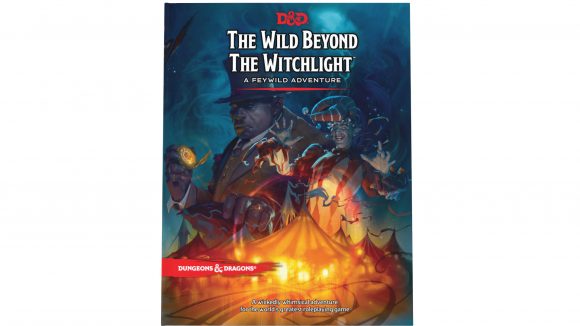 The book’s alternative cover, meanwhile, shows a Displacer Beast, and is illustrated by Hydro74 (otherwise known as Joshua Smith). Smith has previously created alternative artwork for several D&D sourcebooks, including the Player’s Handbook, Xanathar’s Guide to Everything, and the Dungeon Master’s Guide.

A popular D&D setting, the Feywild is best known for its fairytale-like themes, and consists of a lush world of arcane magic covering darkly horrors that lurk below. Inhabited by Fey, Elves, LeShays, Dryads, Hags, and other magical beings, the Feywild, according to D&D lore, exists as a separate entity to the Material Plane, and a counterpart to the bleak Shadowfell. 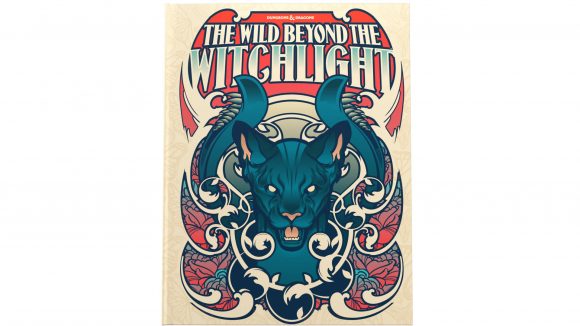 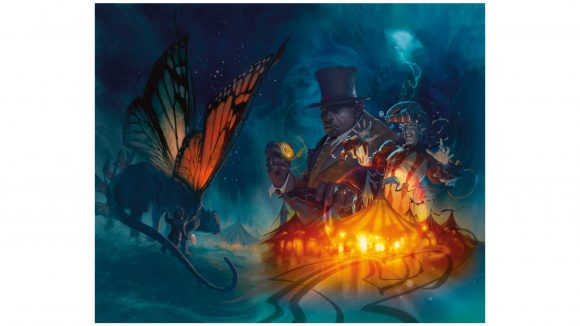 More details of The Wild Beyond The Witchlight will be revealed during Wizards of the Coast’s annual livestream event D&D Live on July 16 – 17.

If you can’t wait until September to get your hands on more resources for your Feywild campaign, check out this fan-made sourcebook inspired by the fairy tales of the Brothers Grimm, or read our pick of the best D&D books to fuel your next campaign. If you’d prefer a Forgotten Realms adventure right out of the box, you can’t go wrong with our guide to the best Dungeons and Dragons board games 2021.