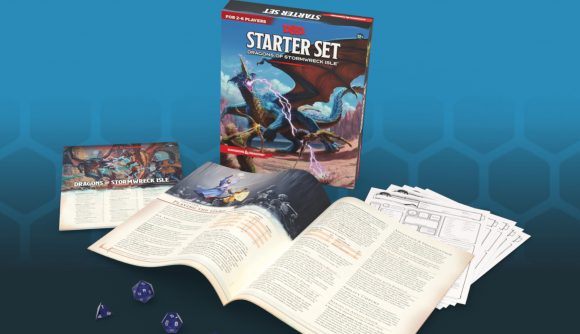 May 16, 2022 Dragons of Stormwreck Isle will release on July 31 in Target (North America), and on October 4 everywhere else.

While we already saw a Dungeons and Dragons Dragons of Stormwreck Isle teaser thanks to a Hasbro trailer back in February, a D&D Direct livestream on Thursday confirmed the D&D book’s existence and release date. This announcement revealed the first clear look at the Dragons of Stormwreck Isle starter set – one that’s far better than the tiny, blurry picture that was in the corner of Hasbro’s trailer.

According to a Wizards of the Coast press release on Thursday, the starter set offers “a more streamlined onboarding experience for new players, as well as a rage of digital onboarding tools to further improve the game of anyone that’s playing for the first time”.

In a Business Wire post from February, Dragons of Stormwreck Isle’s price was originally listed as $49.99 / £36.71 – but Polygon confirmed the product will cost $19.99 / $15.33. Many online had previously speculated that a mysterious Amazon listing from publisher Wizards of the Coast had revealed the starter set’s release date as August 16, but this was revealed to be the new set, D&D Spelljammer: Adventures in Space.

Perhaps the Starter Set’s digital features will coincide with Hasbro’s recent D&D Beyond acquisition, but no details have been revealed so far. Other announcements made in the D&D Direct include D&D Spelljammer and Dragonlance books, as well as a new D&D movie title. 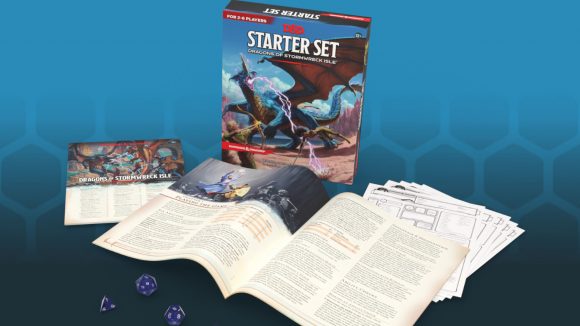 Check out our guide to D&D books for more details on the best 5E sourcebooks around. You can also check out another soon-to-be-released D&D book, Journeys Through the Radiant Citadel.

Update: This article was updated to include the new price of the starter set on April 21.