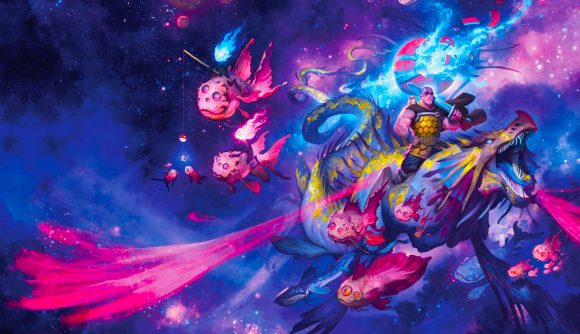 During Thursday’s D&D Direct stream, Dungeons and Dragons and Magic: The Gathering publisher Wizards of the Coast announced it would resurrect two long-awaited, classic DnD settings – Spelljammer and Dragonlance.

Spelljammer becomes a playable setting in 5E for the first time thanks to Spelljammer: Adventures in Space, three 64-page books that, according to graphic designer Trystan Falcone, “combine all the excitement of nautical exploration” with the cold, deep wonder of space travel. The three books included are Astral Adventurer’s Guide, new bestiary Boo’s Astral Menagerie, and new D&D adventure Light of Xaryxis.

The livestream also confirmed the return of Dragonlance via an animated trailer. Dragonlance: Shadow of the Dragon Queen is an adventure book which, according to a press release “tells a brand-new story at the beginning of the War of the Lance.” The second title will reportedly be a “battle game that includes options to link [Dragonlance and D&D] as a new way to play D&D”. No release date has yet been confirmed, but the press release promises Dragonlance will launch “later this year”.

Astral Adventurer’s Guide will reportedly introduce six new D&D races, and Boo’s menagerie has over 60 monsters, with new entries like Space Clowns, Giant Space Hamsters, and Vampirates. The three books will release together on August 16 – confirming the identity of the mysterious DnD Amazon listing that appeared recently with the same release date.

“This is a campaign setting unlike any other,” Wizards of the Coast said in a press release on Thursday, “containing everything a Dungeon Master needs to run adventures set in Wildspace, and with new options for players who want to create characters at home in this new setting”. The bundle also includes a new Dungeon Master’s screen and a double-sided poster map of asteroid city Rock of Bral. 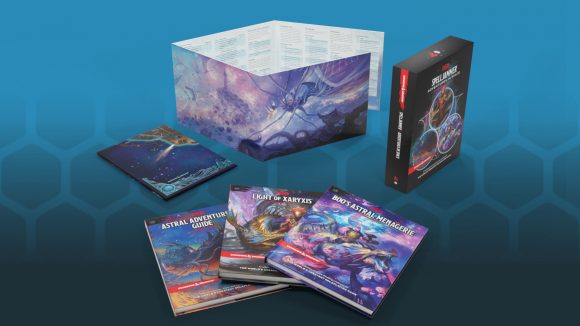 Fans of the tabletop RPG have long suspected that Spelljammer and Dragonlance would make a return to 5E, but news officially broke in June 2021, when D&D executive producer Ray Winninger announced five new titles were in development.

The two D&D books focusing on classic settings were originally said to be headed by Chris Perkins, lead story designer on Curse of Strahd, and Wes Schneider, who most recently co-led Journeys Through the Radiant Citadel, an anthology of adventures by black and brown writers releasing in June. We now know that Perkins is leading the Spelljammer revival, but Wes Schneider is as yet unaccounted for.

The manuscript for the first, overseen by @ChrisPerkinsDnD, is nearly complete. Work on the second, led by @FWesSchneider with an assist from @AriLevitch, is just ramping up in earnest. Both are targeting 2022 and formats you’ve never seen before. (2/4)

During the stream, miniatures manufacturer WizKids also announced a Spelljammer figurines line known as ‘Icons of the Realms’. This arrives in local game stores “this fall”.

Other announcements made in the D&D Direct include D&D starter set Dragons of Stormwreck Isle, a new D&D movie title, and D&D miniatures game D&D: Onslaught.

Check out our Spelljammer guide for more details on the setting. You can also check out another soon-to-be-released D&D book, Journeys Through the Radiant Citadel.