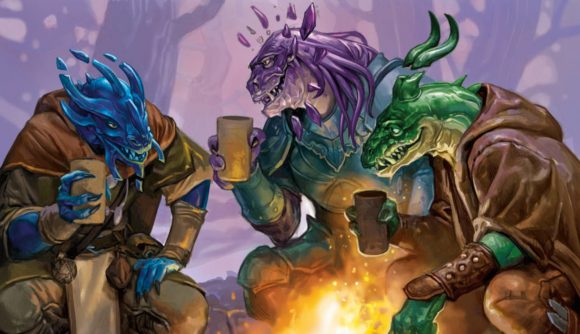 Wizards of the Coast has unveiled the first batch of previews for Fizban’s Treasury of Dragons, the next sourcebook to release for D&D. Hot on the heels of The Wild Beyond the Witchlight, several influencers and D&D personalities unveiled the teasers yesterday across social media, giving us our first glimpse of the upcoming draconic book.

The biggest takeaway of the previews is confirmation of the 20 Dragons that will be explored in the upcoming book. All five classic Gem Dragons (Amethyst, Emerald, Sapphire, Topaz, and Crystal) will be introduced to D&D 5E for the first time, and will be joined by new iterations of Deep Dragons and Moonstone Dragons. The book will also cover extra lore and resources for using Chromatic and Metallic Dragons in your game, as well as Dragon Turtles, all of which appeared in 5E’s original Monster Manual.

The teasers also gave us a glimpse of one of the ‘draconic gifts’ included in Fizban’s Treasury of Dragons: the Echo of Dragonsight, which lets players contact other worlds beyond the Material Plane. It suggests these gifts, which are given to characters by grateful Dragons, will be sources of some powerful roleplaying abilities.

Besides that, we’ve had our first look at the artwork for a Moonstone Dragon and Red Greatwyrm, and a list of the Challenge Ratings of several of the book’s monsters (ranging from the lowly Crystal Dragon with CR 19 to the massive Aspect of Tiamat at CR 30). A preview list of the Emerald Dragon adventure hooks also shows how these will be included in the book.
Take a peek at the previews below: 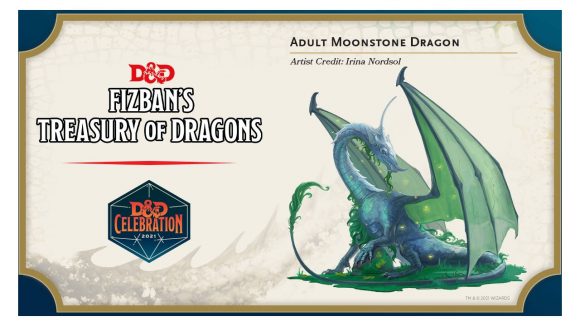 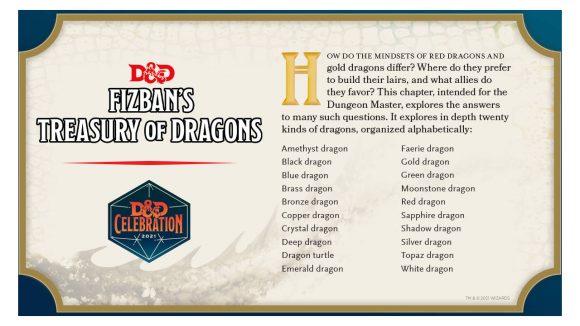 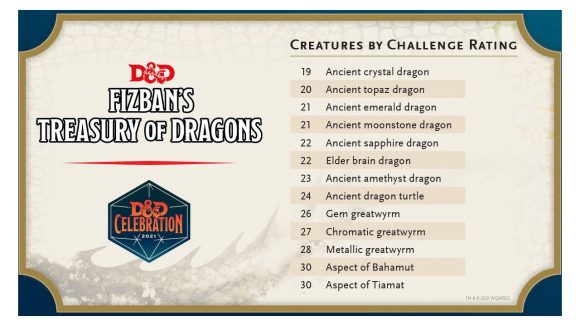 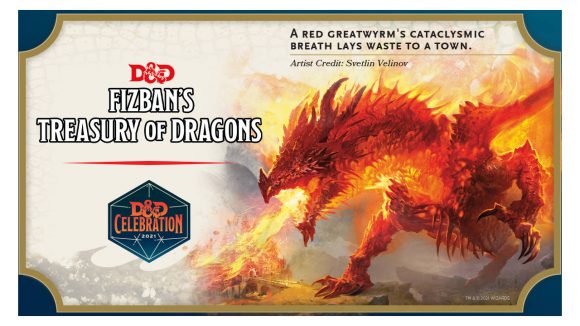 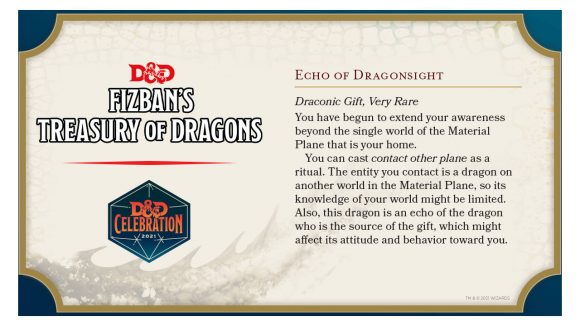 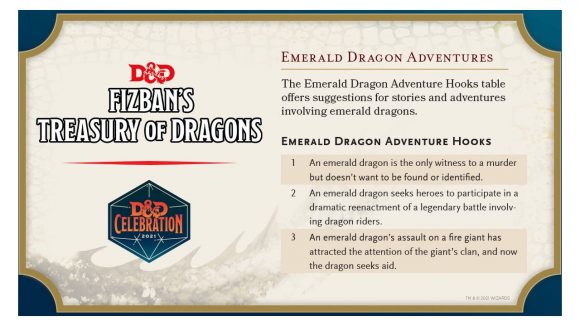 Fizbans Treasury of Dragons is billed as a comprehensive guide to the classic fantasy monsters for D&D 5E. Packing a mix of DM resources, the upcoming sourcebook will include lore explainers about the many varieties of dragons, guides for running adventures focused on them, and a bestiary that catalogues their in-game stats (covering everything from tiny Drakes to Drachohydras).

The book will also include new player options, such as the Drakewarden for the Ranger and The Way of the Ascendant Dragon for the Monk. Dragonborn’s will be getting new subrace options, letting you create a character with Prismatic, Metallic, or Gem ancestry.

Check out our Fizban’s Treasury of Dragons guide to keep up to date with the book, which is scheduled to release on October 19.