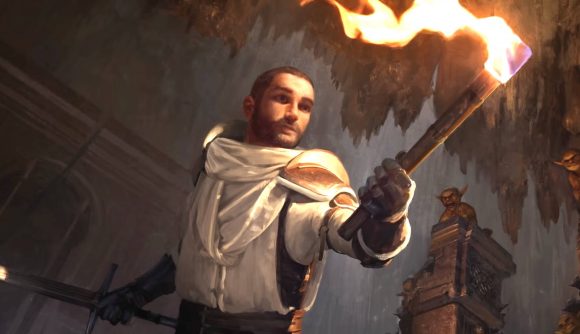 A free five-part adventure for Dungeons and Dragons will be released to coincide with Magic: The Gathering’s upcoming D&D crossover set, Adventures in the Forgotten Realms. Revealed by publisher Wizards of the Coast during a press event, the first chapter in the free adventure will be available to download on June 29, and will include elements from the upcoming MTG set.

The whole adventure has been designed for characters of level eight through ten, and will span between 15 and 20 pages. We’ve already had a good look at several Adventures in the Forgotten Realms spoilers, which show many classic D&D monsters, characters, and settings. Among them is the famous Drow Fighter Drizzt Do’Urden, the multi-eyed beholder, and three new ‘Dungeon’ cards, each named after classic D&D settings: Tomb of Annihilation, Lost Mine of Phandelver, and Dungeon of the Mad Mage. These spoilers might suggest the content we can expect in the free adventure.

In the lead-up to a new MTG set, Wizards usually publishes a series of short stories exploring the set’s lore, setting, and characters. This time, the free adventure will replace the stories, with Wizards hoping to embrace the roleplaying aspect of Adventures in the Forgotten Realms’ source material.

And Adventures in the Forgotten Realms includes some roleplaying novelties of its own. The set’s Lands feature flavour text for the first time, which are written in the style of story prompts, aping a DM introducing a new adventure. 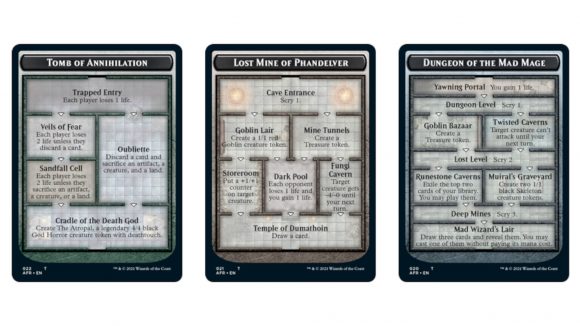 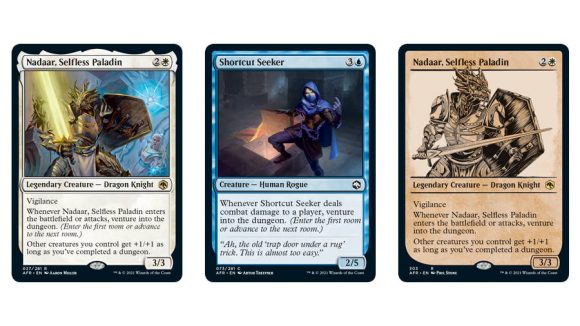 It’s also been hinted that the set will contain cards for other famous D&D characters, including everyone’s favourite Barbarian and hamster duo, Minsc and Boo, from the Baldur’s Gate videogame series.

Adventures in the Forgotten Realms will be released on MTG Arena on July 15, and launch physically on July 23.