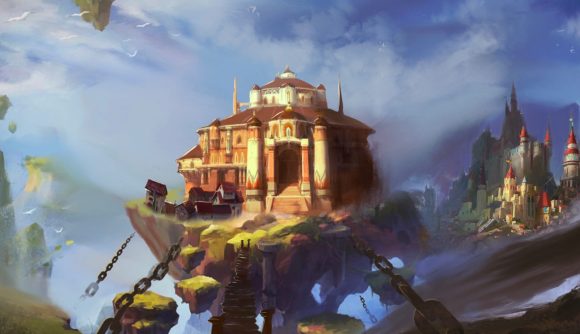 The city of Neverwinter has long been a fan-favourite location in Dungeons & Dragons. Cropping up in the D&D sourcebooks of past editions, as well as appearing as the titular location in Bioware’s Neverwinter Nights videogame RPG and Cryptic’s Neverwinter MMORPG, the cosmopolitan city on the Sword Coast has made quite a name for itself. But it’s not been paid much attention in Fifth Edition.

One D&D fan’s free homebrew sourcebook changes that. A Dungeon Master’s Guide to Neverwinter by Jacob Johnston reintroduces the city to D&D 5E through a bundle of lore explainers and DM material. Outlining Neverwinter’s history, key characters, primary locations (including its floating ‘earthmotes’ and the mage-sanctum-turned-tavern Fallen Tower), as well as a short adventure, it consolidates much of the content that’s previously been published about Neverwinter into a single book.

It references material published in official sourcebooks of past D&D editions, including Fourth Edition’s Neverwinter Campaign Setting, Third Edition’s Grand History of the Realms, and even Volo’s Guide to the North from the second edition of the game. With these older books now out of print, the idea is that A Dungeon Master’s Guide to Neverwinter can preserve some of the material for new DMs to dig into.

The few segments that were homebrewed for the guide are also clearly marked (with a mug icon, no less), so you can stick to the official Forgotten Realms lore if you’d prefer.

The whole book has been designed with newer DMs in mind, who might have started their campaign with the Lost Mine of Phandelver adventure in the D&D Starter Kit, or the Dragon of Icespire Peak narrative from the D&D Essentials Kit, but are unsure of where to go from there. Given the geographical proximity between Neverwinter and Phandalin, the city is a natural place to move on to after the beginner adventures have been completed. 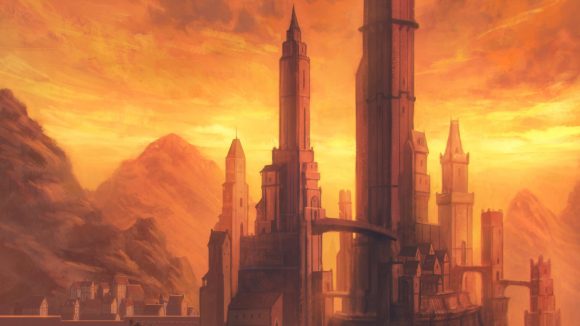 Check out the Neverwinter sourcebook on Johnston’s blog, which also comes alongside separate battle maps, artworks, and points-of-interest reference cards. An original map of the city is also included, with several landmarks and districts marked on it, alongside a short bestiary and original artworks.

But before you enter Neverwinter, have a gander at our pick of the best D&D character sheets that you should be using, or have a look at the best D&D 5E magic items to pick up on your travels.