In Dungeons and Dragons 5e, Prone is a condition that describes being flat on the ground. The name makes it sound pretty intentional, but usually you end up prone when someone knocks you down. It’s not the most debilitating condition in D&D, since you can usually stand right back up again on your turn, but in 5e prone can make you much less effective in combat, as well as a soft target.

In D&D 5e, prone is one of the more common conditions you’ll encounter. Whereas other conditions in the game, like 5e exhaustion, tend to be used sparingly by DMs, you’re likely to knock an enemy prone or fall prone yourself in pretty much every D&D campaign you play. Sometimes battles can resemble a slapstick black and white comedy as monsters and players each make multiple pratfalls.

If you’re looking to find out how prone works in D&D 5e, you’ve come to the right place. Here, we’ll give you a recap and make sure you know all there is to know about falling over in Dungeons and Dragons. 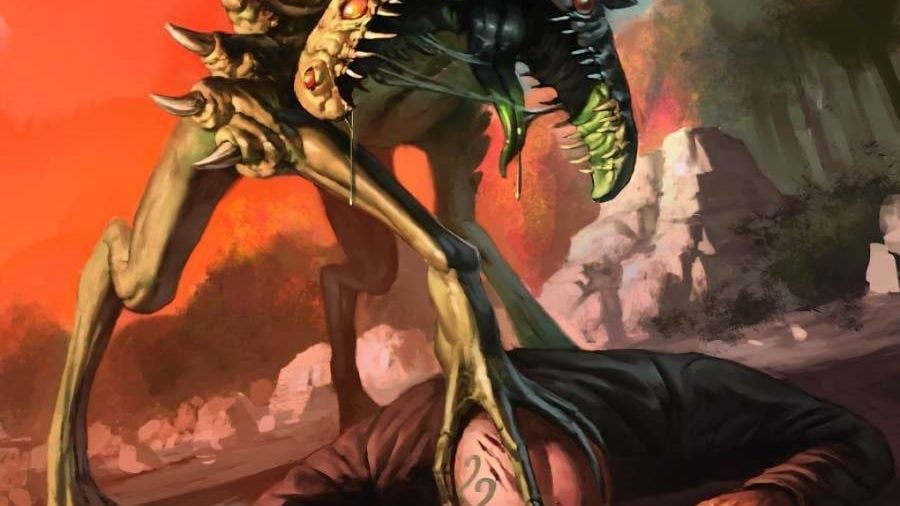 There are three main effects of being prone in D&D 5e. The first is that while prone you can only crawl around. This is obviously much slower than running, so while crawling you’ll count each foot of movement as one foot extra. That means if your speed was the average of 30 feet, you could crawl 15 feet in a turn, or 10 feet through difficult terrain.

That’s more of a minor nuisance. The real problem with being prone is that a prone creature has disadvantage on attack rolls.

The other main effect of being prone in 5e concerns attacks made against prone creatures. Attacks targeting someone who is prone have advantage as long as the attacker is within five feet. It’s harder to hit a prone target from range, so attacks on a prone target from more than five feet away have disadvantage. That means it’s not all bad being prone, you might want to drop prone deliberately if you’re being peppered by enemy archers.

That’s all you need to know about the effects of the prone condition, 99% of the time. There are a few other niche rules that crop up now and then, however. For instance, when a flying creature would be knocked prone, it falls straight out of the sky. And when a mount is knocked prone, the rider can make a reaction roll for a chance to land deftly on their feet, otherwise they end up prone too. 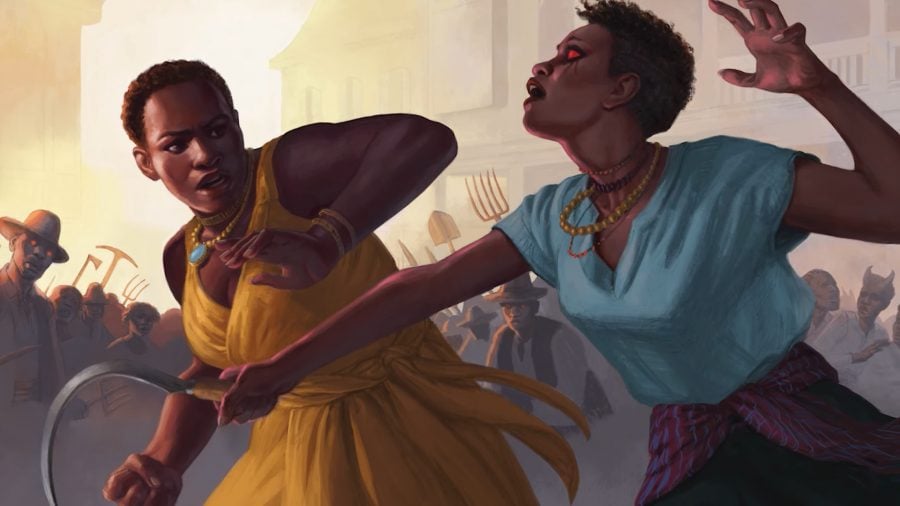 You can drop prone at any time without using up any of your speed. However, standing up from prone and ending the condition is more arduous, and you’ll need to spend half your base movement to do so – though it doesn’t actually count as movement per se.

Feat of strength: The best D&D 5e feats to pick

If you’re restrained or slowed down and can’t spend this movement for whatever reason, then you’re not standing up anytime soon. 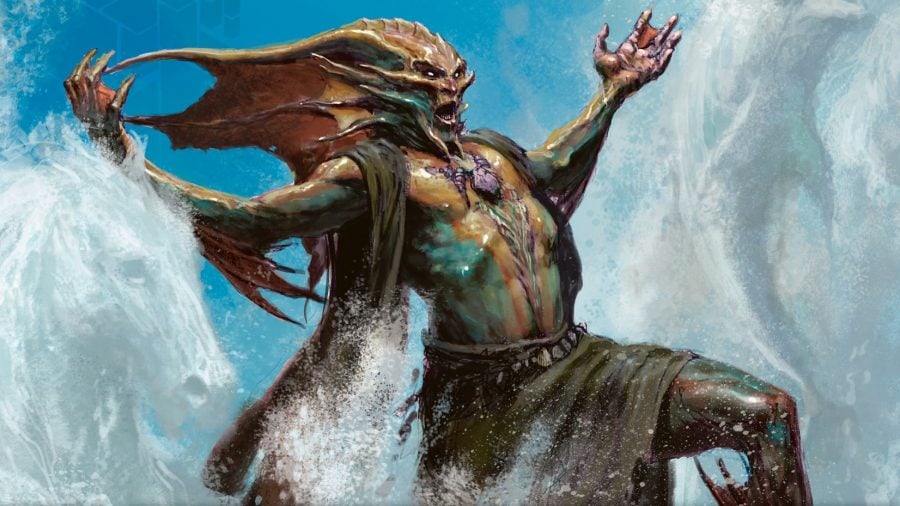 There are all sorts of special abilities and D&D spells that players can use to knock an enemy prone, from Tasha’s Hideous Laughter for Bards and Wizards, to Thunderous Smite for Paladins. However, don’t worry Fighters, you don’t need to use such fancy tricks. Anyone can knock enemies prone in 5e, using a good old-fashioned 5e shove.

Feeling classy: A guide to every DnD class

A shove is a special kind of melee attack that uses your Attack action. You can use it on any target that’s within your reach and no more than one size larger than you (no shoving D&D dragons). You can probably guess what a shove entails, but yeah, it’s just giving someone a great big push.

A shove lets you choose between knocking a target prone or pushing them five feet (perhaps off a ledge or into some deadly substance). You don’t make an attack roll when performing a shove. Instead you use your stats, making a strength check, which is contested by your target’s strength or dexterity.