There’s a moment of theatrical greatness in the new Dungeons and Dragons sourcebook The Wild Beyond the Witchlight. After spending hours exploring the magical carnival that opens the adventure, you’re invited to its final performance of the evening. Entertainers crowd inside a tent, spectators fill the stalls, and the carnival’s mysterious owners emerge from their private wagon for the first time. Everyone’s gathered to crown that evening’s ‘Witchlight Monarch’, bestowing upon one lucky individual the title for being a glowing beacon of good old fashioned fun.

Except you, of course. You’re here to steal the owner’s pocket watch from under his nose. Among all the excitement of the crowd and pageantry of the coronation, there’s a daring heist to perform, and it could go several ways. You might ask the Displacer Beast you’ve befriended to make a distraction, or call upon the carnival’s resident mime to nab the pocket watch as a favour for returning his voice. Maybe the attendant Bugbear might lend a hand with his fireworks display.

It’s a grand set-piece that encourages you to lean into the mischievous and playful side of D&D’s roleplaying. There’s a plan to formulate and a job to do, but, as hard as you might try to prepare the perfect, professional heist, you can’t escape the pantomime atmosphere of the whole stunt: you’re stealing a watch, from a ringmaster, on stage, surrounded by a bunch of magical faeries. The Wild Beyond the Witchlight is a masterclass at bringing am-dram to D&D 5E – and I love it.

Some players are drawn to D&D for its residual wargaming elements. You might like to carefully min-max your character build, tactically analyse encounters on a gridded battlemap with painted D&D miniatures, or pour over every D&D sourcebook to find the perfect spell for your party. There’s enjoyment to be had there, but it’s not what draws me to the game. 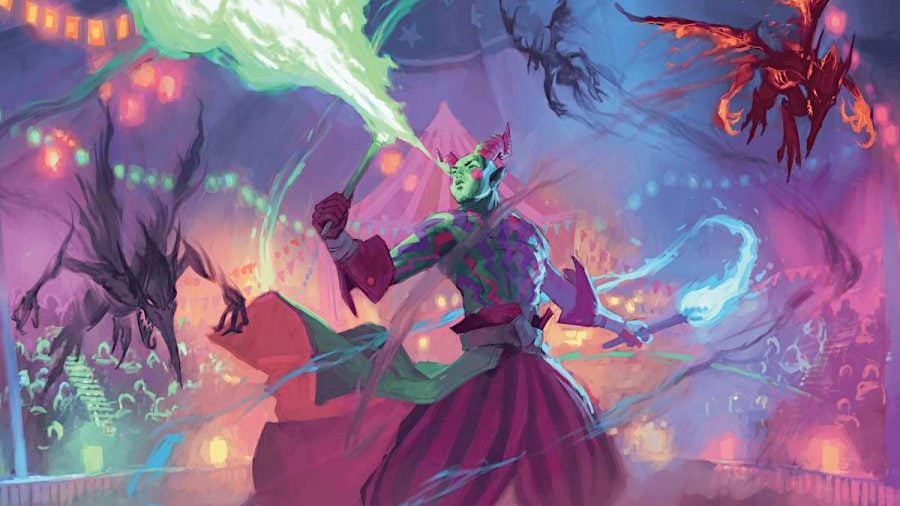 I like to embrace the silliness of the whole thing: concoct an outlandish plan just to see how it pays off, or explore a new location in the hope there’s some satisfying climax at the end. In effect, I want to embrace all the pomp, misplaced ambition, and excess of regular amateur dramatics. It just so happens to play out in a fantasy world.

That’s all found in The Wild Beyond the Witchlight. Its Feywild setting, of course, does a lot of the heavy lifting, with its whimsical landscape and nonsensical characters (I can’t remember the last time I came across a talking oil can or aristocratic bullywug in a D&D adventure). And its not so subtle riffs on classic children’s novels and West End productions – like its Getaway Gang of runaway children, led by a charismatic boy hero, that may as well be called Peter Pan’s Lost Boys – might be a little heavy-handed.

But it’s the book’s more fundamental and ambitious parts that really allow you to lean into its theatrics. With a pacifist design that lets you complete the entire adventure without so much as picking up your sword, it rewards you for thinking more creatively in your roleplaying. Why bother slaying the villain that stands before you when you could negotiate your way to victory, all while earning a bigger reward and access to tantalising new side plots? 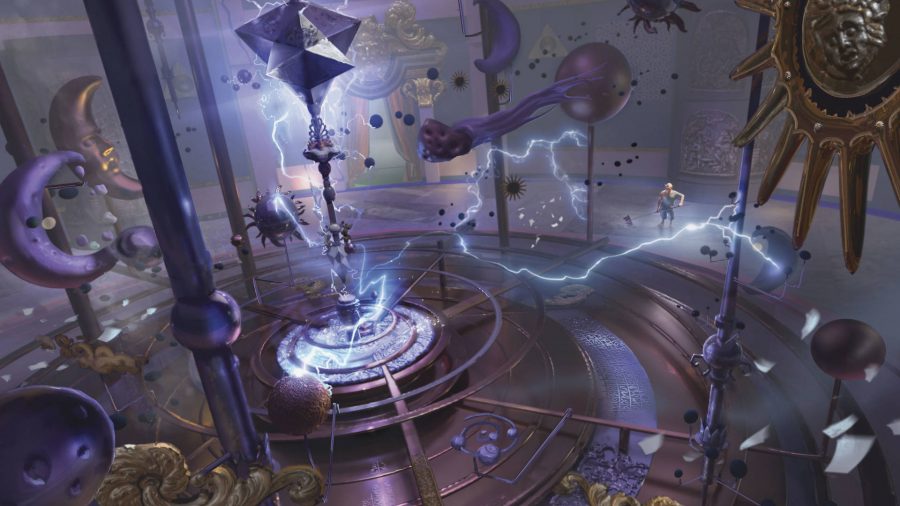 When the world around you isn’t one of danger or impending doom, you’re free to explore its limits. Ideas that would usually be too risky become appealing, and tenuous plans that test the limits of NPCs (and your DM’s willpower) are probably worth a shot. There are still consequences for failure, but a world that is, by default, open to discussion rather than defined by fighting is exponentially more fertile ground for experimentation.

Construct your hero: These are the best D&D character creators

All of this, however, comes neatly together in the book’s set pieces. Like the crowning of the Witchlight Monarch in its first chapter, The Wild Beyond the Witchlight is peppered with moments of constructed theatrics. They demand you to forget your dungeon-crawling days and simply embrace the stage with all the improvisational mishaps that involves. 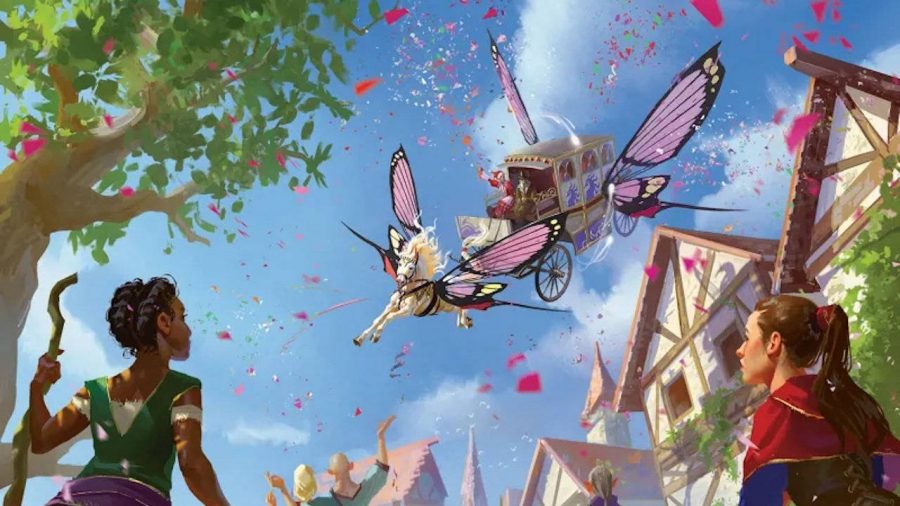 The best of these moments is also the bluntest of them. Towards the end of the adventure, characters are forced into a literal performance in a hag’s twisted theatre production. You’ll have to draw lines from a bag, and gradually ad-lib your way through a tragedy on-stage to earn the audience’s favour.

It’s got all the Shakespearean pomp you’d expect, and hands the entire party a wonderful moment to collectively tell a story without worrying about the numbers on their stat sheets, or how many spell slots they’ve got left.

The Wild Beyond the Witchlight understands the potential for drama in a D&D adventure. The kind that inspires the most creative actions of its players, and the most left field choices of DMs. It’s not afraid to lean into silliest parts of D&D, and is one of the best 5E adventures for it.