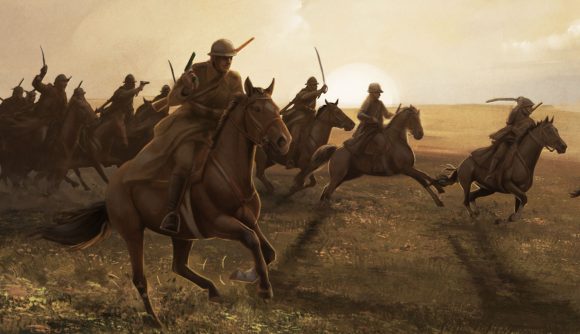 Hearts of Iron 4’s next DLC is right around the corner. Announced last week, No Step Back will release on November 23 alongside the free Barbarossa update. We’ve already had a peek at the new focus trees and supply system coming to the game, but a dev diary released earlier today gives us a look at a more subtle element of its design: its art.

Showing off one of the new loading screen artworks arriving in the DLC – which depicts the 1939 battle of Krojanty, and is viewable below – the dev diary explains the design process behind the image. Starting out with a basic concept, the artist drew inspiration from the military paintings of Jersy Kossak, before collating a collection of screengrabs of a video reenactment of the battle.

Some of their initial, greyscale sketches are shown, hinting at how their ideas for the piece changed in both subject and scale. Finally, some of the coloured drafts are displayed to demonstrate how the piece’s style and hues changed, as well as the alterations made to the image’s military equipment to keep it historically accurate.

For those who like technicalities, the dev diary also details how the artwork’s textures were chosen, its brush strokes and colours matched to past loading screens, and its contrast levels balance. The whole illustration reportedly took three weeks to complete, and the diary is definitely worth checking out if you want a behind-the-scenes look at the artist’s process across that time. 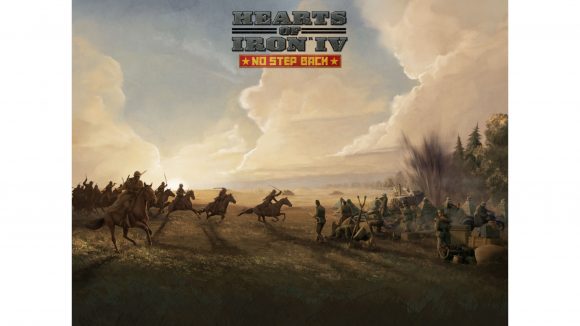 Elsewhere in the diary, a bunch of the new character portraits of No Step Back were shown. Many of them look to be for characters of the Soviet Union, given the expansion’s Eastern Front focus. We’ve listed some of the best ones below – although, it must be said, we particularly like the guy sporting the fur hat and well-groomed moustache.

There’s also some new previews of the DLC’s focus tree icons and achievement images, if you want to peek at those. 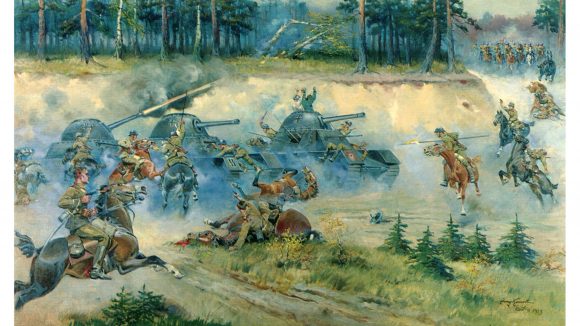 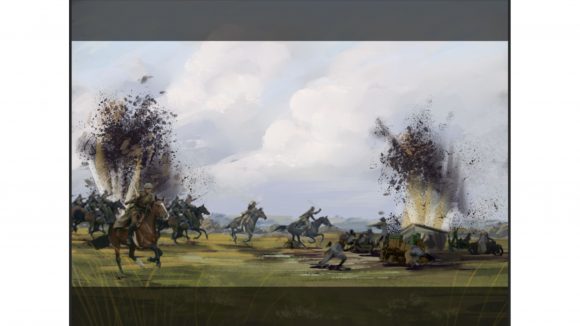 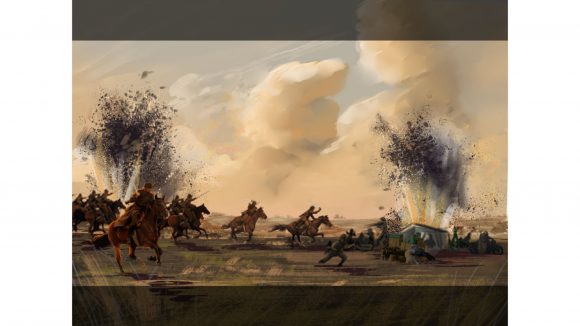 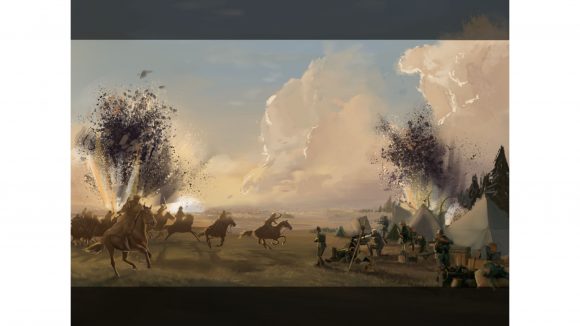 Why not prepare for No Step Back with our list of HoI4 console commands, or check out our pick of the best Hearts of Iron 4 DLC.