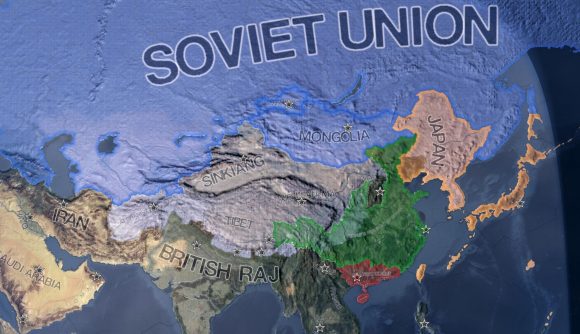 Hearts of Iron 4’s upcoming No Step Back DLC is making some meaty changes to the Soviet Union. Detailed in a dev diary posted on the Paradox Forum yesterday, the expansion will add masses of new alternate-history pathways to explore in the nation’s Focus Tree, centring around the communist power vacuum that emerged in the wake of Lenin’s death.

There’s a lot of branches, but you’ll have three primary pathways to choose between: align yourself with ‘the centre’ and keep Stalin in power, side with the left to support Trotsky, or opt for the right-wing of the party headed by Bukharin. While your choice will determine your nation’s political allegiance, it’ll also throw up different events, military opportunities, and political stand-offs.

Put Trotsky in charge and you’ll find yourself in civil war with Stalin’s forces, attempting to rally the factions of the left. Welcome old Trotskyists back into the struggle, hold the Fourth International, strengthen your ties with military allies, and pin the blame for industrial sabotage on the right of the party to avoid Stalin’s paranoia. The idea is for you to prepare a base of revolutionary fervour before choosing to ‘Ignite the Flames’ of civil war and claim power.

The right-wing of the party can similarly attempt to remove Stalin through civil war, but will reportedly have to rely on foreign military support to overcome the Red Army, such as offering Vladivostok up to the Japanese in return for troops. 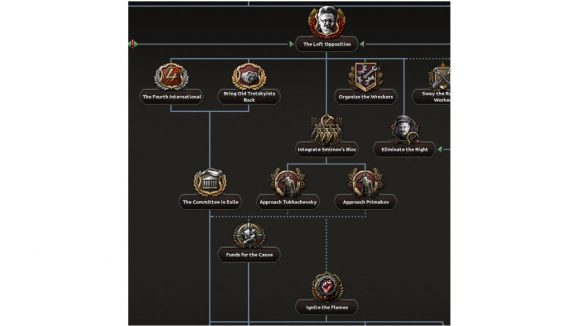 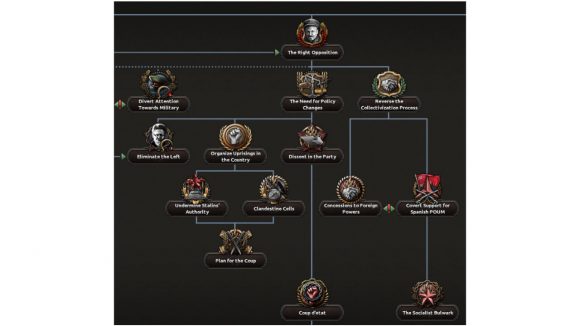 When the civil war does kick off, the conflict will use similar mechanics as those in the game’s replication of the Spanish Civil War. You’ll choose where to start the uprising, establish a base of operations, and infiltrate neighbouring states before the war starts in earnest. Any states you successfully infiltrate be yours to control when the conflict starts.

The dev diary says you’ll have to think carefully about where to spread your forces, and the wings of the military within which to shore up support if you’re to stand a chance. 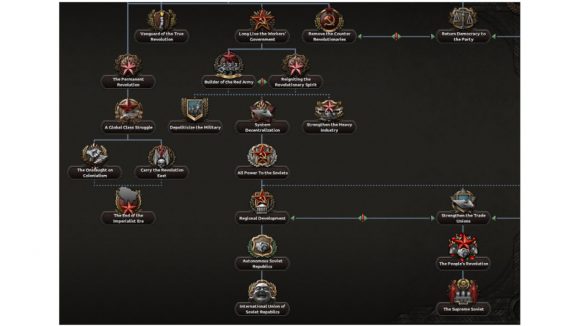 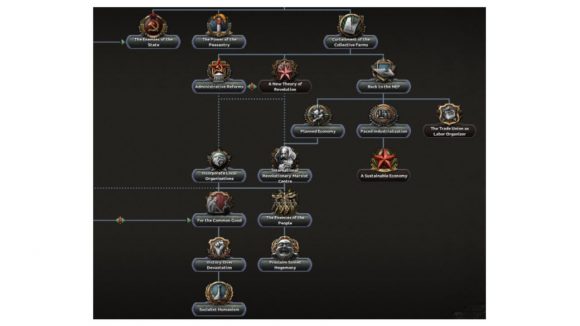 All the while, Stalin will be advancing along his focus tree, purging suspected dissenters from the party, and convincing your military allies to defect. Paradox describes it as a balancing act between building your own forces and rushing Stalin’s.

Succeed in the internal conflict, and you’ll unlock even more options in the focus tree. The Left can spread revolutionary socialism across the world, or fully decentralise the Soviet Union to grant greater autonomy to its internal states. The Right, meanwhile, is able to revamp the nation into an economic powerhouse to hustle with the USA. 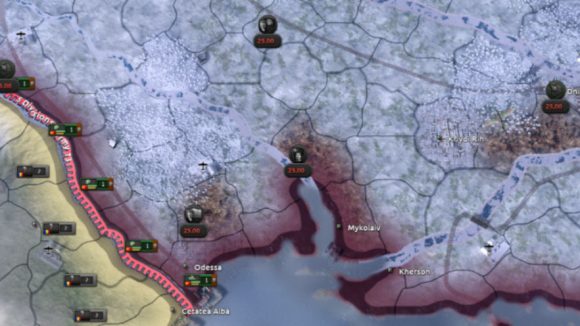 There’s a lot to dig into here, but it looks as if No Step Back is fully leaning into the alt-history potential of Hearts of Iron 4. It follows our previous glimpses of the DLC, which looked at Poland’s bonkers alternate-history paths, and the changes to the Baltic states.

Check out our Hearts of Iron 4 DLC guide for a rundown of the game’s expansions, or read our list of HOI4 console commands for a batch of ready-to-go cheats (we won’t tell anyone).