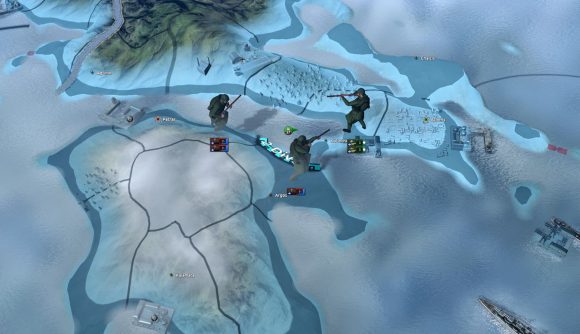 Hearts of Iron 4’s next DLC, No Step Back, will introduce some hefty changes to the WW2 game’s modding tools. While some of these were hinted at last week during the reveal of future enemy AI improvements, a dev diary shared earlier today gives us a better look at the specifics.

If you’re not au fait with script commands and all the gubbins of modding, don’t worry. Archangel85, The dev diary’s writer and content designer on Hearts of Iron 4, has written a pithy summary. “The long and short of it is this: We made some fundamental changes to the way the game handles some things, which will probably require your favourite mods to spend some time updating,” he says. “On the flip side, those changes also allow for some exciting possibilities down the line.

Among those changes are more ways of manipulating the new railway system, which is at the heart of the game’s overhauled supply framework. Using the ‘nudge’ command in the game’s console, you’ll be able to draw railway lines between supply hubs on the map, letting you add new links as you please. In theory, that means you could hop into the console to instantly bolster your nation’s supply system anytime you want.

It’s not a quick process, mind. According to Archangel, it took them a week and a half to recreate the entire 1936 railway setup with this method, although that included tracking down reference maps. For a quicker option, you can use some basic scripting to automatically generate railway lines between two provinces, or lay out entire railway lines one province at a time.

Elsewhere, the dev diary details how the new tank designer works on the backend, as well as the new, easier ways of modifying the costs of buildings and adding equipment to stockpiles. 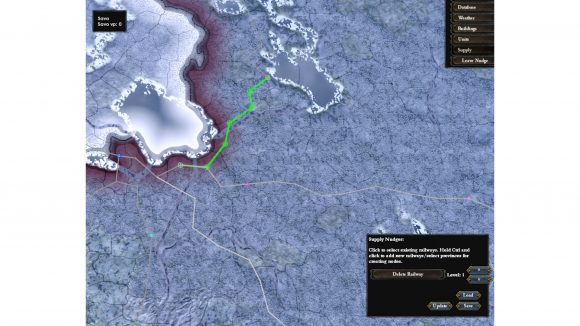 There are also some big changes being made to how in-game people are scripted. The new ‘character’ system should prevent a few existing bugs occurring, and make it easier to alter people in-game, such as creating new leaders or setting their flags.

Although no release date for No Step Back or its accompanying free Barbarossa update has been revealed, Archangel did say the announcement is “very close”, so keep your eyes peeled for a future update.

In the meantime, check out our pick of the best HoI4 console commands you can use for a leg up, and all the HoI4 country tags to go with them.