In Magic: The Gathering, Cascade is a keyword that crops up rarely, but makes a splash whenever it appears. It’s essentially a ticket to free spells, allowing you to cast cards from your deck without paying their mana costs. Seems simple enough, but Cascade stacks, so having many Cascade cards in your deck can cause crazy chain reactions as one fires off another. It can also cause a headache.

Probably because of its explosive potential, Cascade is a mechanic that Wizards of the Coast tends to use sparingly. It first appeared in 2010’s Alara Reborn, and has only shown up in four MTG sets since then, none of which have been Standard sets. Still, Cascade is seeing print more often now that Wizards has upped its release output for high-power formats. In the last few years it’s been in both Modern Horizons sets, as well as Commander Legends.

This guide will spell out exactly how the Cascade keyword operates – which isn’t always as obvious as you might think. It will also cover the very best Cascade cards to use if you want to experience the mechanic in all its glory. 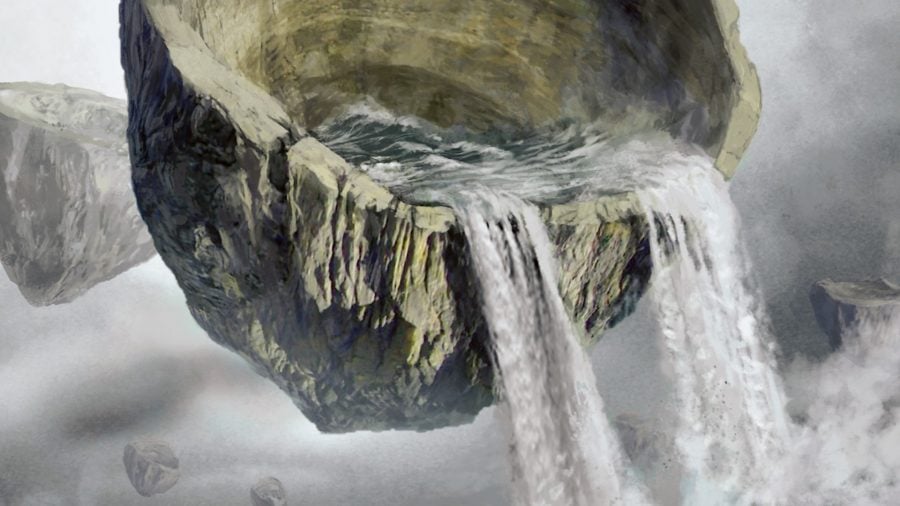 How does Cascade work in MTG?

Making gains: A guide to Lifelink in MTG

That’s straightforward enough, we suppose. Where things get a bit messy, however, is when you’re dealing with multiple instances of Cascade, or unusual card types. Let’s tackle the first of these problems first. 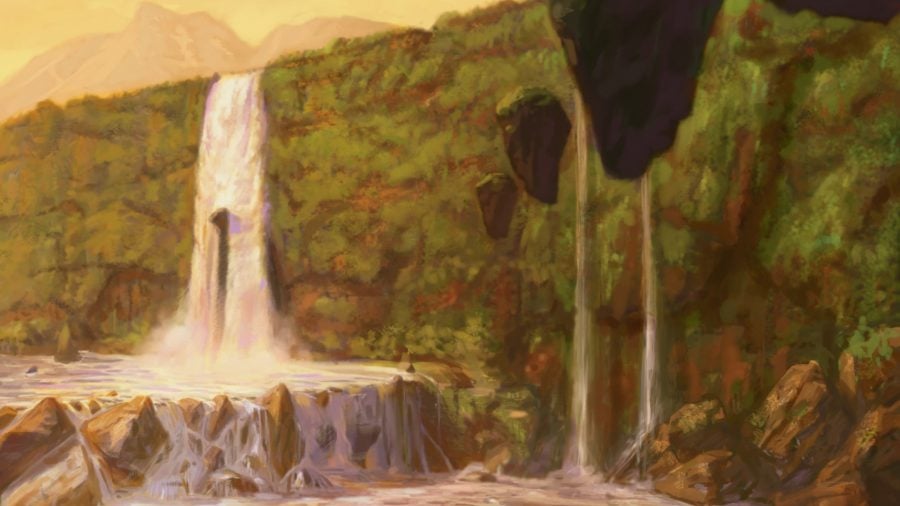 There are also cards with multiple instances of the Cascade keyword. These are dealt with one at a time, casting the spell you Cascade into, before you trigger the next instance.

Back to basics: How to play Magic: The Gathering

Cards with unusual mana types that present potential wrinkles for Cascade’s rules include Split cards, Adventure cards, and Modal Double-Faced cards. As far as Cascade is concerned, Adventure cards and DFCs work similarly. You can cast the adventure spell, or backside of the card, only if it has a lower mana cost than the Cascade card. Wizards of the Coast enforced this with a rules change in 2021. Before this change, Modern players were using Cascade to effectively cheat out Tibalt, Cosmic Imposter, a DFC which cost two mana on one side, and seven on the other.

Split cards are a tad different – their mana cost counts as if both sides of the card were used at once. So a card like Odds and Ends has a converted mana cost of seven, and can only be Cascaded into by a card with mana cost eight or greater. 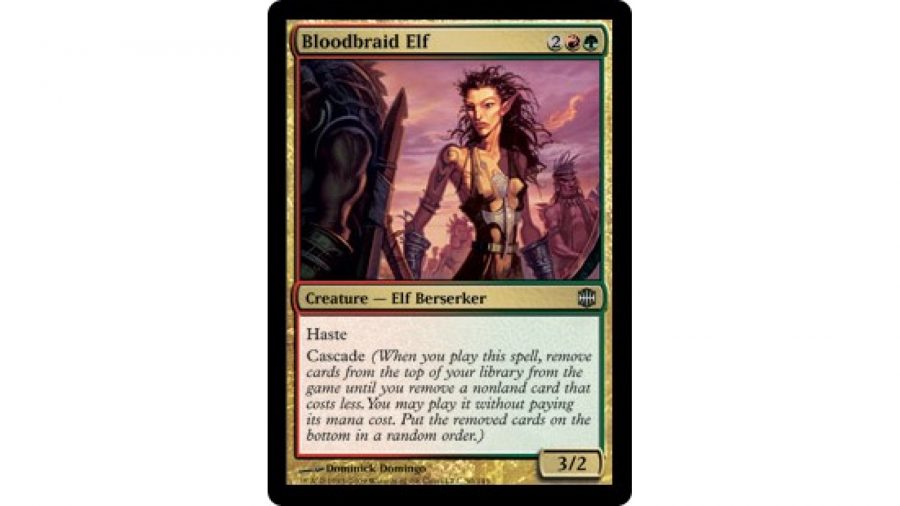 Starting with a smaller creature than you might expect, Bloodbraid Elf is an aggressive little guy that can chip in right away and also fetches you a free spell (and a useful one at that) in the process. It may not look that imposing, but you’d be a fool to underestimate it. Bloodbraid Elf was in fact so dominant in Modern midrange decks that it was banned for a time in the format, between 2013 – 2018. 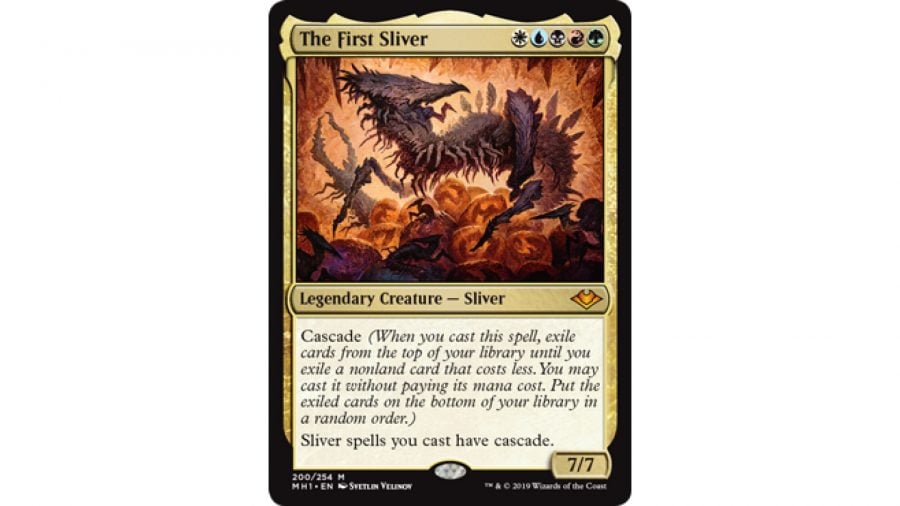 Slivers are a powerful and popular tribe, infamous for granting their abilities to every other sliver you play. The very best commander for the sliver tribe is the Cascade card, The First Sliver. You need one mana of each colour to cast it, but once it’s out of the field, it gives every sliver card in your deck Cascade.

If you’re playing this card, it probably isn’t the only sliver in your deck. You’ve probably got a deck stuffed with slivers, all crammed together in a spiky, squirmy pile. That means once The
First Sliver comes down, you’re likely to cheat out card after card with Cascade, assembling a formidable force all at once, to your opponents’ horror. 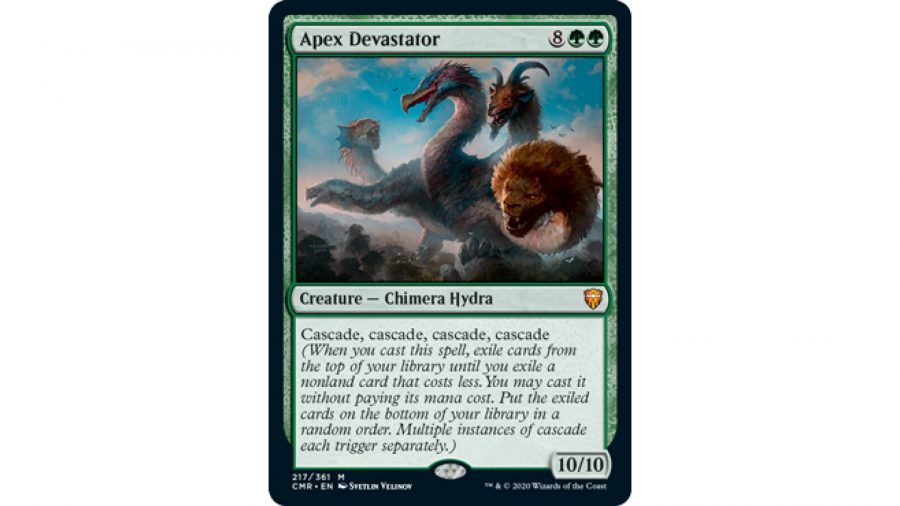 You’d be forgiven for thinking this card was a printing error, but no, this is the intended effect, it’s a big ol’ basic creature with four lots of Cascade. A vanilla 10/10 for 10 mana is a terrible, terrible deal, but with Apex Devastator, the cost is almost a benefit. You’re not playing the card for its mighty body, you’re playing it for the chance to cheat out four other cards, and potentially nine-drops at that.

The only downside is the big one that comes with any Cascade card, the randomness of the mechanic. While you might end up with the most terrifying board state ever, it’s also possible you’ll hit three mana rocks and a ramp spell, and be left looking very silly. 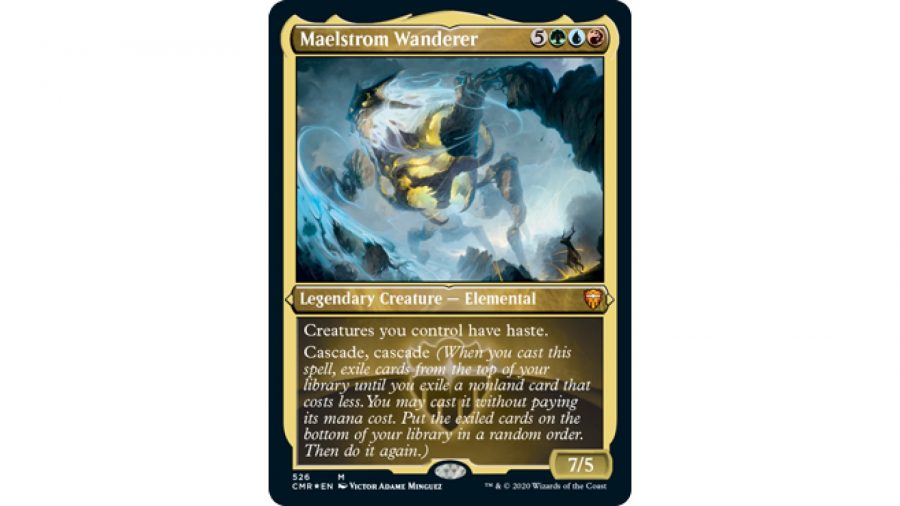 Maelstrom Wanderer trades in two copies of Cascade for an anthem effect giving every creature Haste. The downside is there’s more chance that you’ll whiff, the upside is if you do find a threatening creature, it can attack instantly (as can the Wanderer itself).

This card can also be your commander, giving you the chance to use it multiple times over the course of a commander game. Just remember that commander tax is an additional cost, it doesn’t increase Maelstrom Wanderer’s mana cost, and therefore doesn’t boost the effectiveness of Cascade.