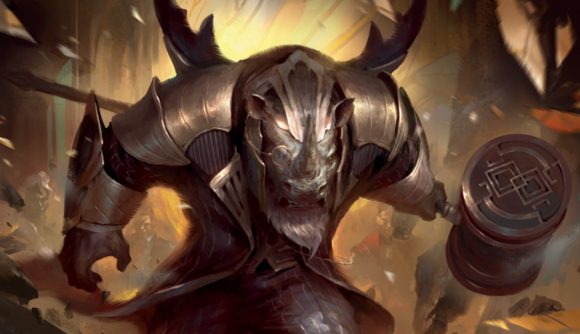 The newly revealed Streets of New Capenna Commander decks have a ton of mechanics from Magic: The Gathering history. They’re stuffed to the brim with old keywords making a comeback, “more than in any other Commander decks we’ve done before,” MTG designer Gavin Verhey told Wargamer at a recent press event. Now Magic’s head designer, Mark Rosewater, says this will be the new normal for EDH decks in future.

Rosewater replied on his Blogatog blog on Tuesday to a fan praising the “throwback mechanics” and “weird revisits” found in Streets of New Capenna, asking if this would be the norm for Commander decks going forwards. Rosewater’s response was short but sweet: “That’s the plan.”

Gavin Verhey tells Wargamer that the upcoming New Capenna Commander decks, available from April 29 with the global set release, hold a ton of blasts from the past. They contain mechanics which Verhey thought consigned to the “bargain bin” and those he “never thought we’d see” again. He adds that the decks include much-celebrated MTG mechanics that fans will be excited to see, along with some that were initially not well received, which the design team has revisited with a new angle.

At time of writing, two of the New Capenna Commander decks are still shrouded in mystery (but you can find Maestros Massacre right here). The decks revealed so far include keywords such as Surveil, Convoke, Spectacle, and Populate; and Verhey tells us there’ll also be Dethrone, Cipher, Goad, and many more. 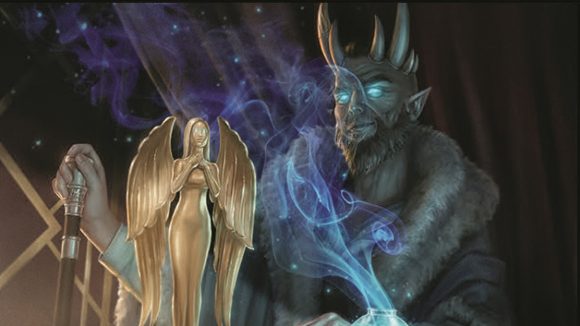 These old keywords are split across all five of the Streets of New Capenna decks, but one deserves special mention. It’s the Bedecked Brokers deck, whose strategy centres on playing with all kinds of different counters.

While the number of returning mechanics in the Streets of New Capenna EDH decks is unusual right now, from what Mark Rosewater has said, this looks to be the start of a trend. It seems more Commander cards featuring old mechanics will appear in future sets.

Mark Rosewater regularly uses his blog to share insights and speculation on the future of Magic: The Gathering. For instance he recently shared that future MTG sets on Kamigawa were likely, and even mused that a return to the plane of Rabiah is no longer off the table.

But, if you want to know what’s really going to happen in MTG this year, with 100% certainty, these are our hot Magic takes for 2022.