This year Magic: The Gathering will be celebrating its 30-year anniversary (even though it technically turns 30 in 2023 – don’t ask questions). Despite its long history, the past few years have seen a whirlwind of changes to how the game is played, made, and sold. And it’s not slowing down. MTG’s publisher Wizards of the Coast continues to innovate, while players and game stores continue to adapt to playing Magic in a pandemic.

In 2020 (and late 2019) we saw cards like Oko, Thief of Crowns; Uro, Titan of Nature’s Wrath; and Omnath, Locus of Creation printed – which broke formats across the board. The Ikoria: Lair of Behemoths expansion set introduced the ‘Companion’ mechanic- which was so game-breaking it earned an extremely rare erratum from Wizards.

On the other hand, 2021 was decidedly less powerful. Strixhaven: School of Mages and Adventures in the Forgotten Realms were wonderful sets, though competitively a little underwhelming – and (though undeniably replete with spooky atmos) Innistrad: Midnight Hunt and Crimson Vow didn’t bring any of the balance-bashing fireworks of the previous year, either.

It’s hard to know what’s going to happen next – but here’s six hot takes for you to think about, which we might see in 2022. 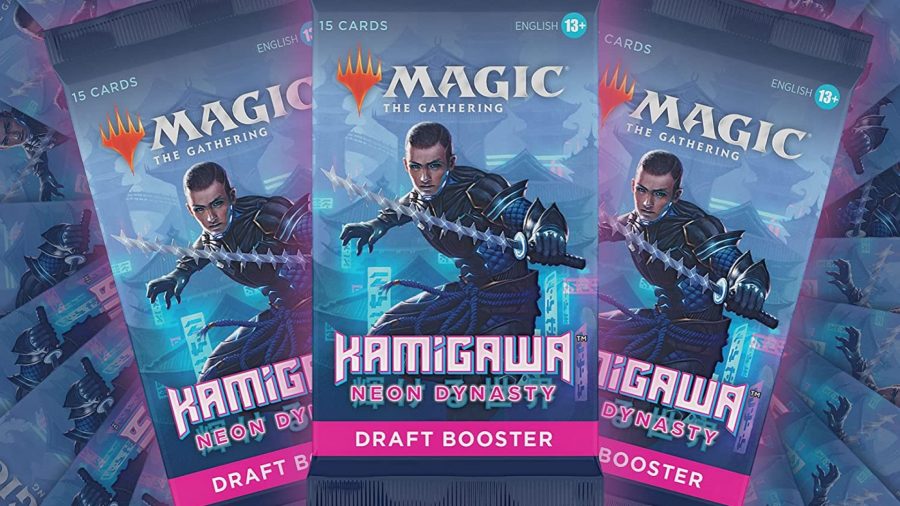 MTG usually features two different types of boosters for each set: draft boosters and set boosters. Draft boosters are designed for play in limited formats like Draft and Sealed. They contain ten common cards, three uncommons, a rare or mythic rare, a basic land, and a marketing card or token.

Set boosters are a little more expensive, but contain better stuff. They change between sets, but typically might contain somewhere between seven and ten commons and uncommons, a guaranteed rare or mythic rare, a guaranteed foil, a guaranteed ‘booster fun’ card (usually a showcase card of some kind), an art card or foil art card, a basic land and either a marketing card, token, or a card from The List (25% of the time). These packs sometimes come with a shot at a second rare or mythic rare as well. It’s anecdotal, but my local game stores only run limited events around new set releases now, where they used to run them every weekend. It seems like it’s too hard to get enough players together to fill an event.

Is this because limited formats are less popular than they once were? Absolutely not. The reason for the decline of interest in paper limited events is likely because limited is more popular than ever on MTG Arena. With the possibility of winning back your gems in MTG Arena limited events, the comfort of playing from home, and faster pace of play, it’s clear that MTG Arena is the favoured platform for dedicated limited fans.
So it wouldn’t surprise me to see fewer draft boosters on shelves by the end of the year. I don’t truly believe that draft boosters will completely disappear, but their era of dominance is likely at an end. 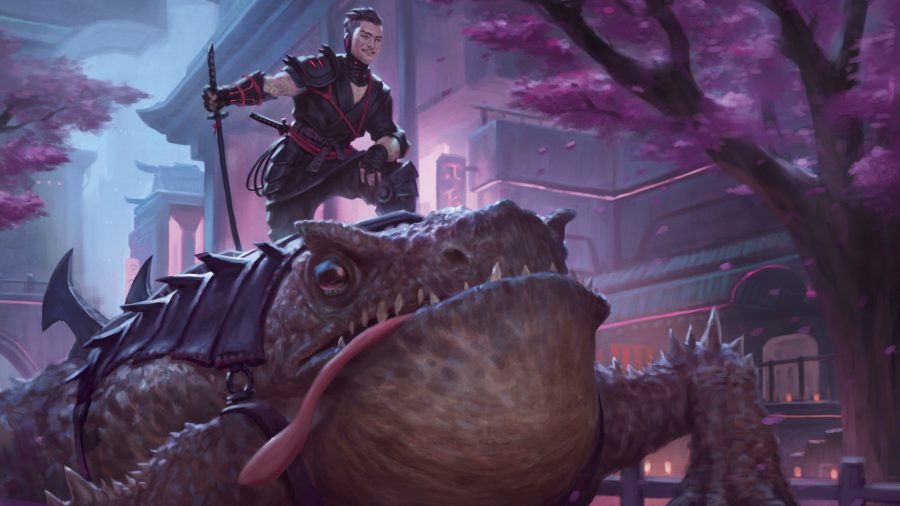 At the tail end of 2021, Wizards announced that Daybreak Games would be taking over development for Magic: The Gathering Online.

Some MTGO fans were hopeful about this change, thinking a dedicated game developer could give MTGO the time and attention it needs to keep up with its younger sibling, MTG Arena. I’m not so hopeful.

Punch it in: These are the essential MTG Arena codes to know

Handing over the reins of MTGO to Daybreak games is the game development equivalent of sending it to a retirement home. Daybreak Games will ensure the game receives updates from new sets, and patches or fixes in a timely manner, but I don’t predict they’ll be innovating or actively improving the platform.

Oh sure, they’ll keep the lights on. But if you, like me, were hoping that MTGO would one day be revived into the mainstream, well, it might be time to bury those hopes. 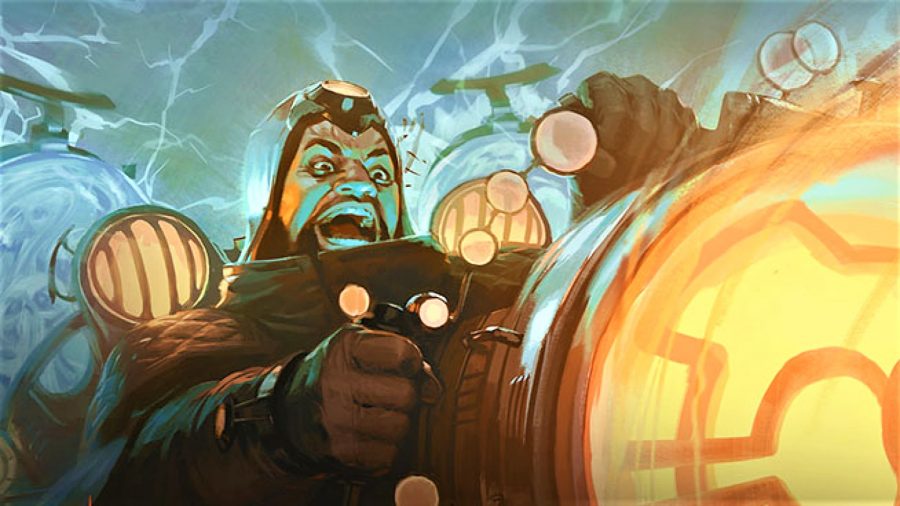 Standard will be phased out of MTG Arena

I’m sure some of you will have seen this coming. The release of the new format Alchemy is all but a declaration of the death of Standard.
MTG players have always had gripes with Standard, like how a powerful card could dominate the top Standard decks and you could be stuck with it for up to two years until it rotates out, unless you ban it. Alchemy will allow the digital rebalancing of cards – which means no bans, frequent meta shake-ups and a generally healthier game.

If Standard is phased out, it’ll take several years

The appetite for Standard seems to have been waning in recent years, and Alchemy is Wizards’ digital solution. Just look at the January 22nd-23rd Qualifier Weekend. Wizards chose to make this event Best-of-3 Alchemy, which unofficially cements Alchemy as the go-to competitive format. If you’re a fan of Standard, I wouldn’t worry too much, though. While Wizards is usually very quick to double down on its new products, it’s also very slow to decommission old ones. The phasing out of Standard will likely take several years, but 2022 is where it begins. 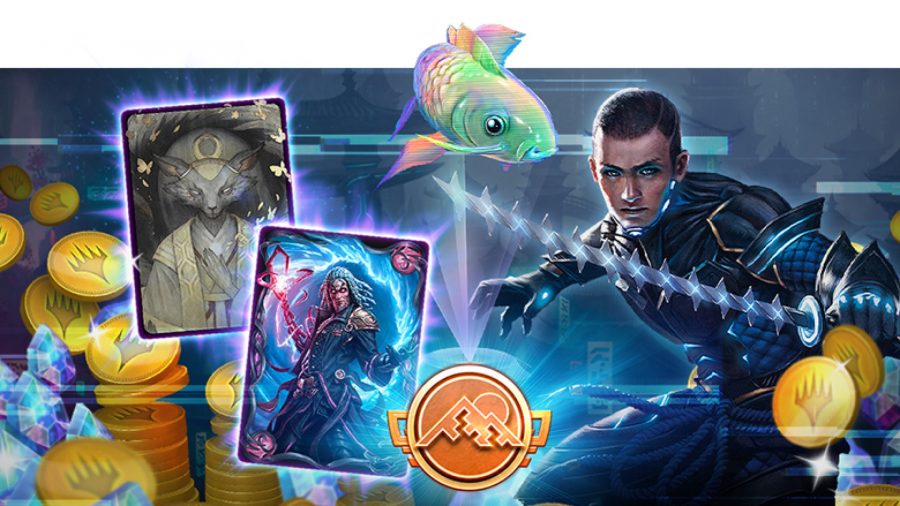 The MTG Arena economy will be overhauled

Okay, maybe this one is wishful thinking, but hear me out.
The single biggest community complaint about MTG Arena is the predatory economy. Magic has always been a premium-priced hobby, but with paper Magic or MTGO you’re accruing real value: you can sell your collection and cash out of the hobby at any time.

In MTG Arena, you can’t trade, sell, or cash out in any way- and yet the premium price remains in place, at least for players who want to take part in limited formats or build up a decent-sized collection

World travellers: These are the best MTG planeswalkers

Last year’s Universes Beyond announcement shows that Wizards is actively appealing to a wider audience to draw in new players, but many of those players will be put off by MTG Arena’s economy and the cost of catching up with the established Arena player base.

How or when the Arena economy will be improved is a much bigger topic than I can explore here, but I believe we’ll see Wizards change the economy for the better this year- simply because, if it doesn’t, it’ll price mainstream audiences out of the game. 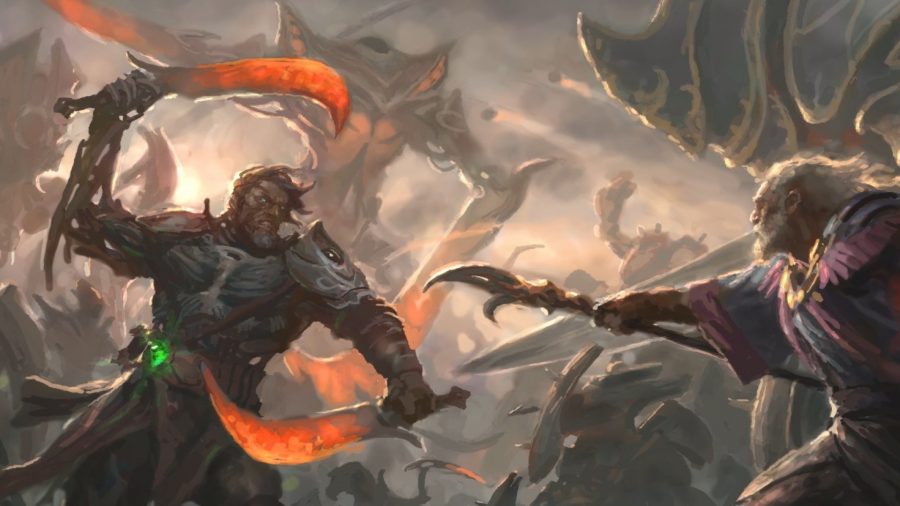 Due for release in Q4 of 2022, The Brothers’ War set will revisit the story of the all-out war waged by Urza against his brother, Mishra. Exploiting every natural resource on Dominaria, the two brothers would assemble massive armies of powerful Artifact Creatures, which would ultimately lead to mass destruction and forever-lasting consequences for the multiverse.

Urza and Mishra’s war last appeared in Antiquities, the second ever set

This event was a big deal in Magic’s history. The last time we revisited this event through a Magic set was Antiquities- the second MTG expansion ever! Antiquities gave us heaps of powerful cards that have stood the test of time. The UrzaTron lands are a top meta strategy in every format they’re legal in. Mishra’s Factory might be the best man-land ever printed, and Strip Mine is top-tier land destruction. What really pushes these cards (and many other cards from Antiquities) over the edge, though, is that they’re colourless- so they can be played in any deck.

Will The Brothers’ War be as powerful as Antiquities? Hopefully not – that would be terrible for the game. Will it feature some incredibly powerful, universally playable Artifacts? You betcha. 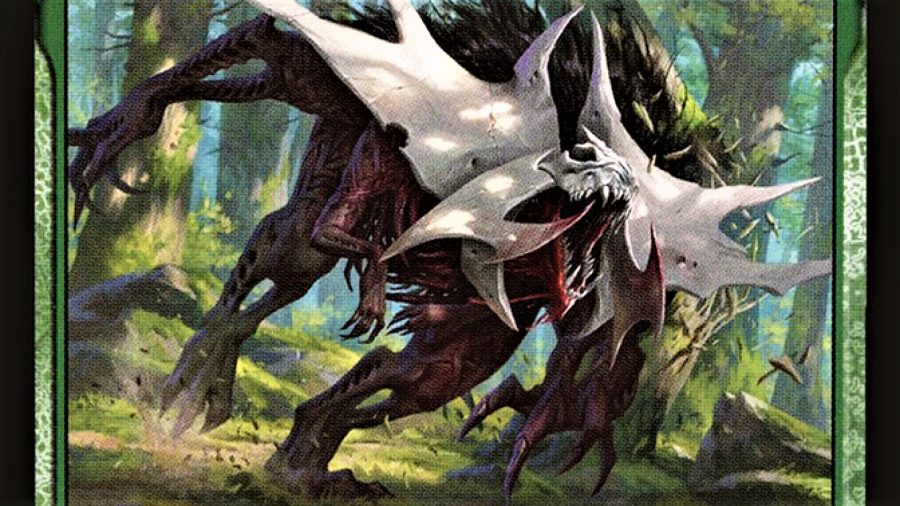 Opinions on the Infect mechanic are… um… varied. Most players love to hate Infect- except the players who play it themselves, who only hate Infect when someone else is playing it. It’s been about 10 years since we’ve seen Infect printed in a mainline set… or has it? Wizards snuck Infect into the Kaldheim set in 2021 on a single card: Fynn, the Fangbearer. In the very same set, Wizards dropped the bombshell that was a new Vorinclex card. Vorinclex is a Phyrexian Praetor – a leader among the Phyrexians, who are synonymous with the Infect mechanic.

Throughout 2021, Magic’s lore has hinted at a building Phyrexian threat. Another Phyrexian Praetor, Jin-Gitaxias, has shown up to cause havoc in the imminent Kamigawa Neon Dynasty set, even converting popular planeswalker character Tamiyo into a Phyrexian. At the centre of the story is the planeswalker Teferi, who showed up last year on the plane of Innistrad, kicked some vampire butt, then delivered the warning of a Phyrexian scheme.

Lead the pack: These are the very best MTG commanders

Teferi’s home is the plane of Dominaria. A place we happen to be visiting this year in the upcoming set Dominaria United. A set about which we have been given alarmingly few details so far.

After dipping their toe in the poisonous water by printing Fynn, The Fangbearer, Wizards is going to deliver us a Phyrexian showdown on Dominaria later this year, featuring Teferi, Kaya, a few Phyrexian praetors – and, I predict, the return of the dreaded poison counters.

Freelance writer, traveller, and MTG combo-lover who prioritises fun over everything else. He hosts the MTG podcast Chatterstorm, where he and co-hosts discuss Magic (and get distracted).