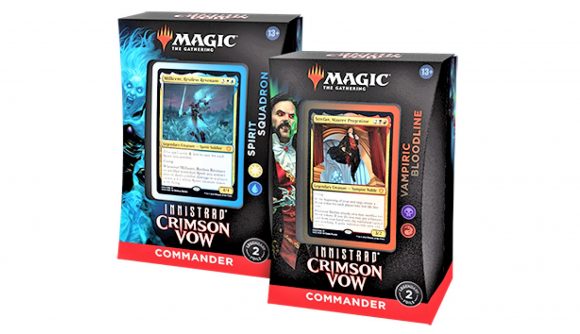 Good news for slavering fans of bloodsuckers and spooky ghosts: Magic: The Gathering publisher Wizards of the Coast has revealed the full decklists and commanders for Spirit Squadron and Vampiric Bloodline, the two new Commander decks coming in the Innistrad: Crimson Vow later this month.

Shown off in an update article on Wizards’ official DailyMTG news page on Monday, the decks feature a mix of new Innistrad: Crimson Vow cards and some choice reprints, and will be released – alongside the usual Set Boosters and Collector Boosters – on November 19.

Spirit Squadron (in White and Blue) unsurprisingly leads with multiple Spirit creatures, and is led by the seven-cost ‘Spirit Soldier’ Millicent, Restless Revenant, whose main effect is to spawn a 1/1 Spirit creature token every time one of your other (nontoken) Spirits does damage, or dies. Vampiric Bloodline, meanwhile, is chock full of gore-drinkers, and commanded by the four-cost Vampire Noble Strefan, Maurer Progenitor – who farms Blood Tokens whenever anyone loses life, which you can then spend to play Vampires from your hand, for free, tapped and attacking, with Indestructible for the turn. Gnarly.

Both decks lean toward an Aggro playstyle, packing in 26 Creatures each (many of which are double-sided, using Innistrad’s Day/Night switching mechanic). 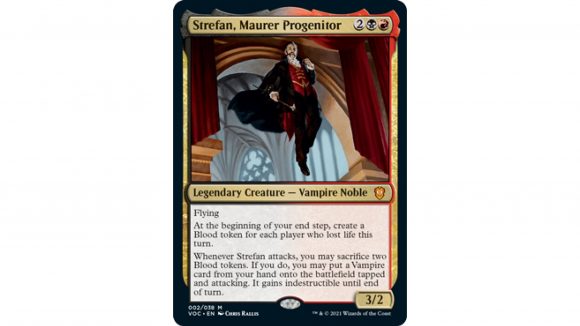 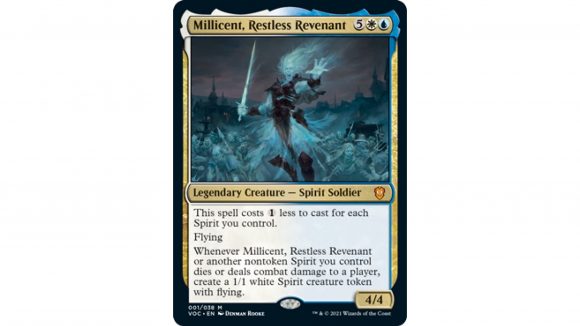 Spirit Squadron has just a touch more spellcasting, however (with a total of 15 Instants, Sorceries, and Enhantments compared to 13 in Vampiric Bloodline) and also includes the Planeswalker Dovin, Grand Arbiter, first seen in 2019’s Ravnica Allegiance set. 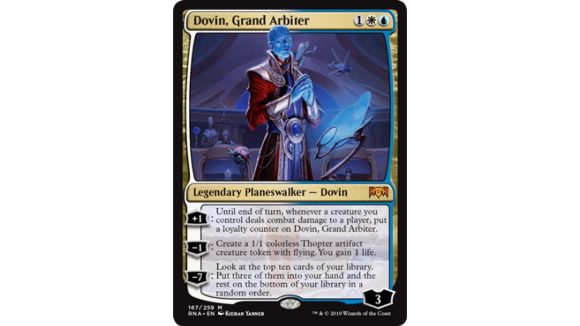 You can read the full decklists and check out card art on Monday’s DailyMTG article.

Alternatively, look ahead for the latest news on 2022’s Magic: The Gathering sets, with our guides to Kamigawa: Neon Dynasty and Streets of New Capenna  – or look back, with our guide to all MTG sets, in order.