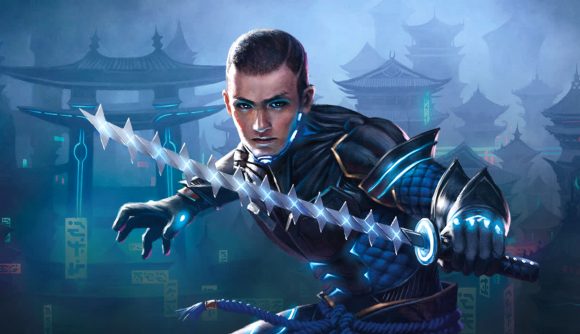 The names of several unannounced Magic: The Gathering characters that will likely appear in Kamigawa: Neon Dynasty have leaked online in a product update page from tabletop games publisher and miniatures maker WizKids. Announcing several new additions to WizKids’ line of unpainted miniatures planned to release next April, the update lists a handful of new MTG miniatures, hinting at what’s coming for the trading card game.

However, three of the miniature sets – Raiyuu & Isshin; Shigeki, Jukai Visionary, and Kotose & Light-Paws – are totally new names to Magic. They haven’t been previewed in Neon Dynasty’s marketing material or as individual cards, and are possibly additional Planeswalkers or Legendary Creatures that will be appearing in the set.

More surprising is the mention of Jin-Gitaxias, one of the six Praetors that appeared in 2011’s New Phyrexia expansion set. Given that the Praetor is mentioned alongside the other characters, it may also be making an appearance in Neon Dynasty and have a role to play in the set’s plot or side narrative, just as Vorinclex appeared in Kaldheim earlier this year.

Although Wizards has not officially confirmed the characters mentioned in the update page will appear in Neon Dynasty, or any other MTG set, WizKids has a history of accurately confirming upcoming reveals. Earlier this year, a similar miniatures update page accurately leaked several Strixhaven characters, including a handful of the set’s Planeswalkers and Legendary Creatures. 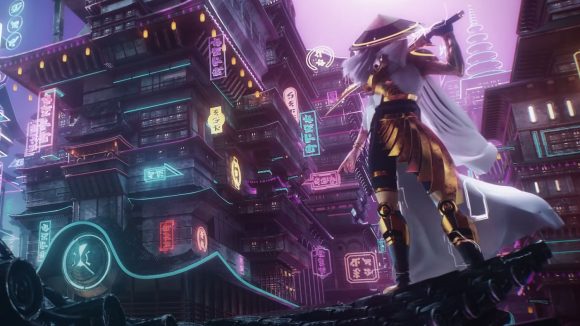 Notably, the Strixhaven leak also mentioned several non-Strixhaven characters that never appeared in the final set, such as Omnath, Locus of Creation. That might suggest the presence of Jin-Gitaxias in this new leak is something of a red herring, and the Praetor will not, in fact, have anything to do with the upcoming cyberpunk set.

Check out our guide to the MTG 2022 release schedule to stay on top of all the latest sets. Or, read up on the best deck boxes you can use to store your card collection.