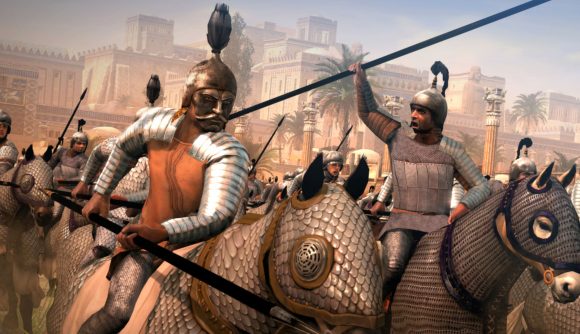 We’ve seen a lot of Total War: ROME: The Board Game recently. Over the last few weeks, we’ve heard about its army pack expansions, its two solo modes, and planned map packs, but a new slate of developer diaries posted on the PSC Games website is giving us a further glimpse of the game. Wargamer’s had a sneak peek at this week’s diary, which is all about combat.

Total War: ROME: The Board Game will feature two combat modes: a pacy ‘StratPlay’ version, which is included in the base game and intended to be strategic but quick; and an optional ‘BattlePlay’ version, which zooms into the conflict. We already spoke with designer Simon Hall about how the BattlePlay system will recreate the Rome: Total War videogame’s RTS battles, but this week’s dev diary gives more details of how the standard StratPlay system will work.

At its core, two opposing players will each prepare a deck of cards representing the units in their armies. These cards are then played blindly against each other, simulating the attacks of the units, before a bunch of dice is rolled to determine what damage, if any, is sustained by the forces.

“On each of the army cards, troops will feature a coloured die/dice icon to roll in ‘good going’ [in effect, a favourable terrain environment] and a separate die, or a combination of dice, to roll in terrain,” Hall says in the diary.

“On top of this, some cards have an “S” (Special Effect against certain opponents),” he adds. “This gives quite a bit of extra character to each individual army type.” 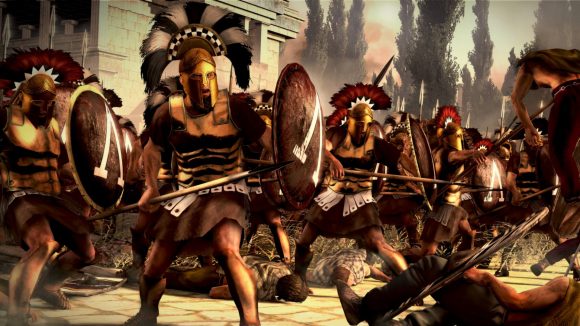 On top of this, you’ll be able to add powerful generals to your armies to provide them with a combat advantage. Using more powerful generals lets you see your enemy’s cards before choosing what card of your own to pose against it. The idea is to leverage this extra information, by choosing units that are suited to battling your enemy’s, so can more likely win the fight.

“I have some neat little tricks up my sleeve for skirmishers, artillery, generals, larger armies and allied forces!,” Hall says later in the diary.

“In terms of terrain – if a region has terrain, the first fight uses the “Difficult Going” dice features on the card. So, for example, if you’re fighting in the Alps with an all Phalanx army, it will not be very effective.” 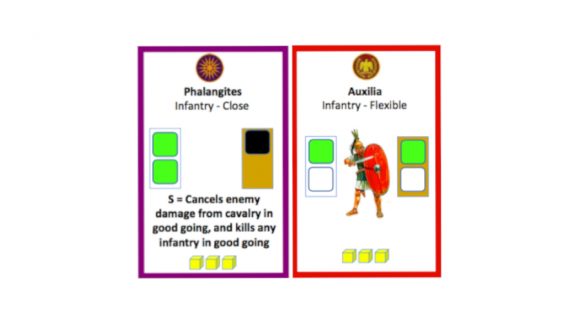 For more details on the game’s combat, look out for this week’s full Total War: ROME: The Board Game dev diary, due to be posted on PSC Games’ website this Wednesday.

The game is due to go live for crowdfunding on Gamefound on November 30. In the meantime, check out our pick of the best strategy board games.