Total War: ROME: The Board Game aims to recreate the experience of the PC game – and if there’s one thing Total War is known for, it’s scale. The strategy series has long stood out for its unique combination of turn-based campaigns with real-time battles, as it switches you back and forth between managing your empire’s coffers and commanding its armies. It’s the hallmark of the series, and the special sauce in that Total War flavour.

Total War: ROME: The Board Game looks to be no different. The upcoming tabletop adaptation from PSC Games is similarly split between empire-building and military struggles, as players take turns upgrading their settlements, recruiting agents, and acquiring key technological advancements, all while building armies to smash together across the map.

In the base game, battles play out as head-to-head, card-driven matches. You’ll assemble a deck of units, before blindly playing them against your opponent and rolling dice to perform attacks. It’s intended as a quick-fire system that won’t bog you down in tedious battles, nor leave you bored while waiting for two other players to fight it out. There’s some strategy to be had, in terms of unit choice and terrain, but these two- to three-minute battles are most akin to the ‘auto-resolve’ option in the Total War videogames, allowing for rapid resolution.

For more substantive real-time battles, you’ll have to pick up the game’s ‘BattlePlay’ expansion pack. “This version takes the game one step towards a tabletop wargame,” Simon Hall, designer of Total War: ROME: The Board Game, tells Wargamer. “It still uses cards as the units, but gives you a battleboard representing the battlefield.” 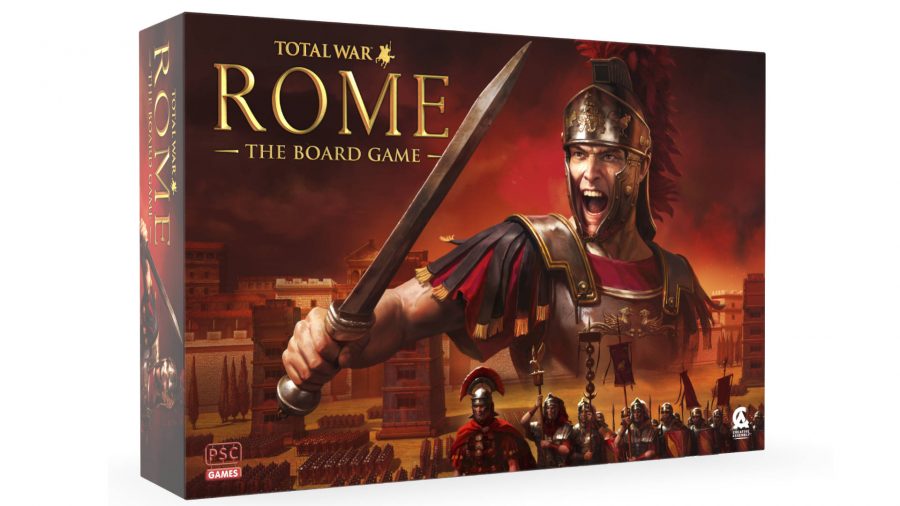 As in the videogames, the idea is to zoom into the conflict, ditching the sprawling map for a concentrated overview of the troops. Split into a gridded array of tiles, the battleboard will change depending on the region you’re fighting in, and introduce advantageous and unfavourable terrain to consider.

When you start fighting the battles, you will feel quite Roman

Following a similar card-driven system to the base game’s quick-fire version, you’ll take turns performing specified attacks with your units, and rolling dice to determine their outcome.The whole battle is played in two phases: an initial combat phase in which volleys are exchanged, followed by a counter phase that lets you perform a final string of alternative actions to finish off your opponent.

“That takes somewhere between ten and 15 minutes,” Hall says, “probably 20 if you’re really enjoying yourself and want to branch out. But you get a mini tabletop wargame just using cards”. 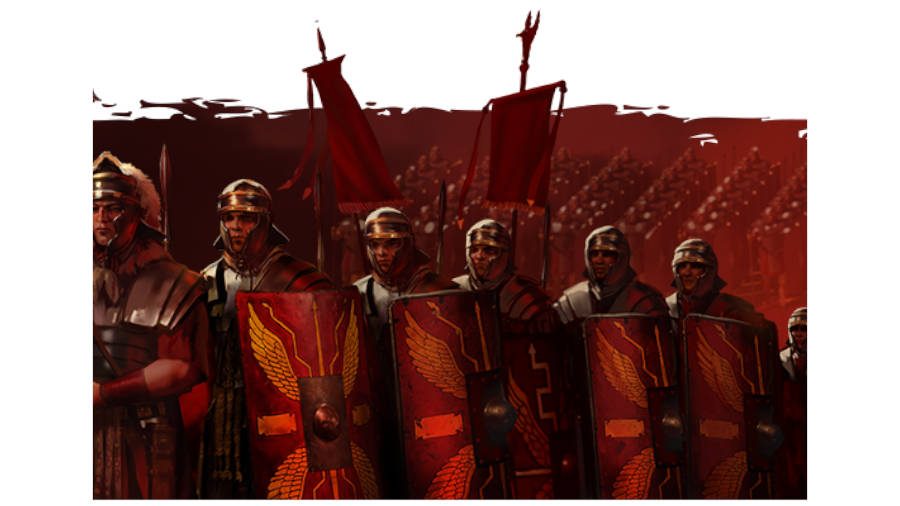 That isn’t an understatement. While Total War: ROME: The Board Game operates through a classic rock-paper-scissors mechanic system that’s found in many strategy games, its core combat system is based on another of Hall’s designs: Mortem Et Gloriam, a fully-fledged tabletop wargame ruleset. Streamlined and simplified for this board game, the basic dice-rolling structure is the same, and Hall says he’s retained the same focus on historical detail that others will be familiar with from his past work.

In the base game, this comes at a rather surface level. The Greeks’ companion cavalry are superb at riding down infantry, for instance, and can automatically destroy any infantry unit that isn’t armed with pikes. But in the BattlePlay system, these unit specialities are broken down into more specific categories, with each one sporting a specific attack against close-order infantry, skirmish units, elephants, and all the other unit types of the game.

Roman expansion: These are the best strategy board games

“It lets me introduce the real subtleties of certain things that were particularly good or bad against certain types of opponents,” Hall says. “So in [the BattlePlay expansion] you get two things: you get this battle game in two phases with a battleboard, and you get this alternative, more sophisticated set of cards to go with it.”

As with the videogames, you won’t be stuck with one scale of conflict at the expense of the other. You might choose to play most of the game’s battles with the quick-fire combat system, before busting out the BattlePlay version for the bigger, beefier, and climactic conflicts. Hall says the idea was to give players as much choice as possible in terms of how they approach the game, while ensuring each battle captured presented a streamlined wargame, whether you used the BattlePlay system or not. 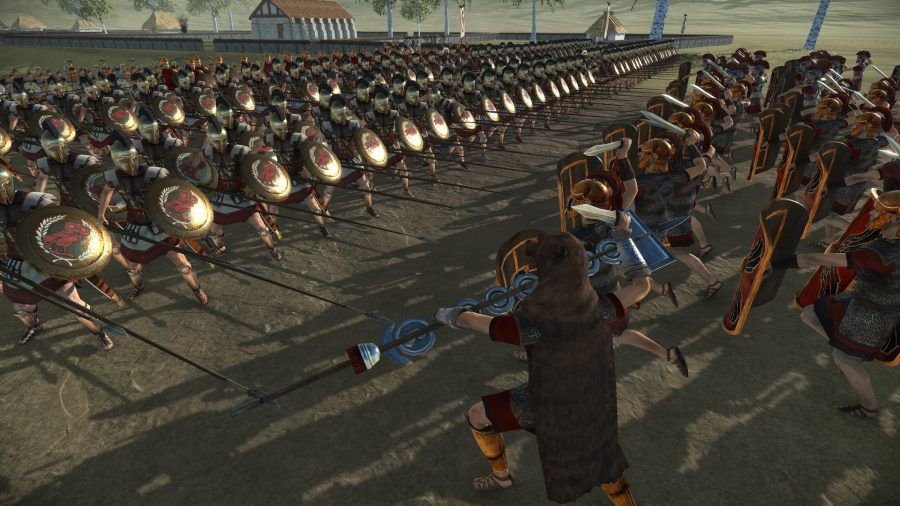 “I think a load of people will be very happy with it exactly as it is,” he says, “because it’s fast moving and it’s already got a good historical feel to it. When you actually start fighting the battles, you will really feel quite Roman and quite Gallic, even with the simpler system that’s in there.”

Although intended to add more depth to the game and, almost by necessity, extend the total playtime of each battle, Hall says the BattlePlay system shouldn’t actually slow the game down. In fact, in the melee of ancient warfare, he reckons that these longer skirmishes can be some of the tensest of the game.

“One of the nice things is that people are so interactive in the game, so that you almost always have a favourite in each battle,” he says. “If you’re playing Carthage, and the Greeks and the Barbarians are hammering away at each other, usually you’re on one side or the other. So you become very interested in watching the battle and egging people on.” 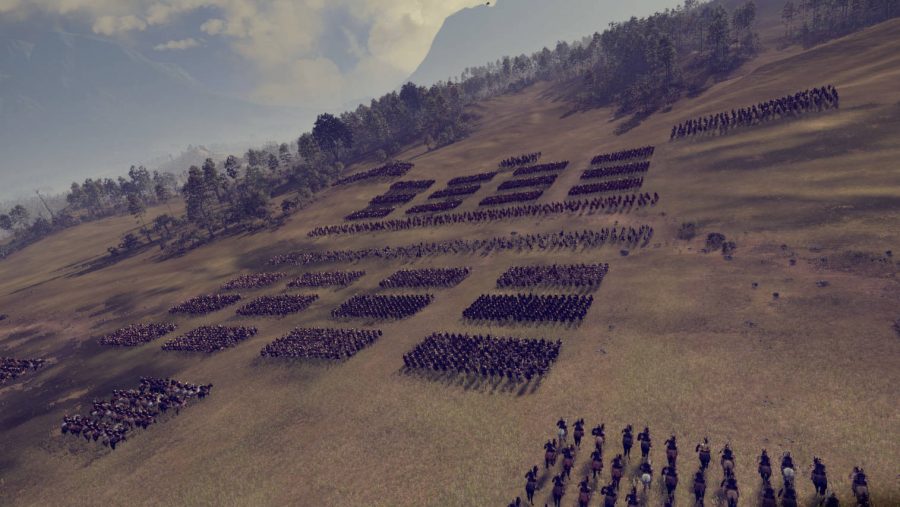 As a Total War game, though, fighting won’t exactly be a rarity, so be prepared to take to the field frequently, turn-to-turn. As such, the BattlePlay system is very much pitched as a more involved version of the game; one for the Total War fanatics, or those who like its RTS elements rather than its grand campaigns.

Total War: ROME: The Board Game is planned to release for crowdfunding this November. Before then, find out more about its planned army packs, map expansions, and solo modes.