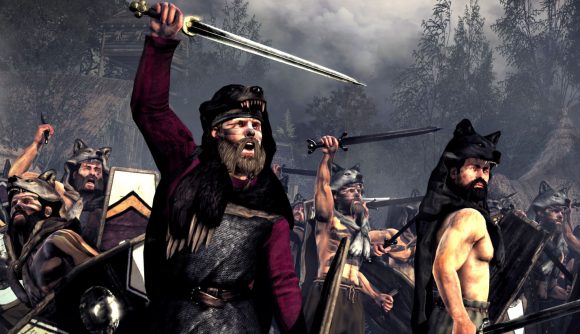 The crowdfunding launch campaign for Total War: ROME: The Board Game has been pushed back to January 2022. Announced by publisher PSC Games in a newsletter yesterday, the upcoming tabletop adaptation of Creative Assembly’s classic PC strategy game will now go up for crowdfunding on January 17 next year.

Originally scheduled to go live next week on November 30, PSC Games said it has delayed the game’s launch to work through “some behind-the-scenes tasks” that will ensure the game is the best possible version it can be. It also noted that the extra development time would allow it to improve the board game’s Gamefound crowdfunding campaign.

Elsewhere in the newsletter, PSC responded to fans’ concerns about the game’s card art, explaining the extra development time would be used to improve the game’s aesthetic quality by exploring alternative options to the artwork previously revealed. We haven’t yet had a good look at the game’s components, but have seen the near-final version of its map and the prototype format of its individual player boards.

The publisher said it would also be sharing more information about the game’s BattlePlay system in the coming weeks, telling fans: “[it’s] a more in-depth combat card system of Total War: ROME and includes features like tactic cards, which enable you to control your army like a true Roman general. We can’t wait to share this with you over the coming weeks, because it is so much fun!” 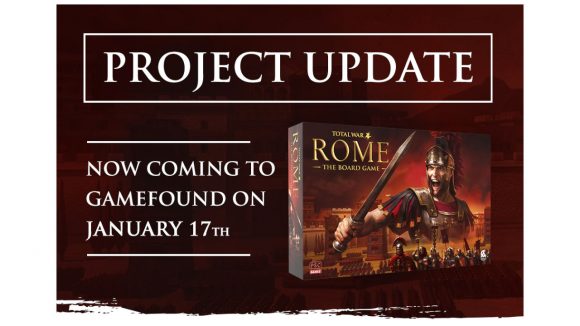 For a deeper look at the BattlePlay expansion mechanic, have a read of our in-depth interview with designer Simon Hall in which we explore how the Total War: Rome board game will recreate the original videogame’s RTS battles.

If you’re after more details, check out the planned army pack expansions, solo modes, and map packs that will be coming to the game. For a comprehensive rundown on everything we know so far, read our Total War: ROME: The Board Game guide.