When Europe went to war in 1914, they expected Napoleon. Instead they found a nightmare. All the progress of the past hundred years – all the science, industry and technology of the age – united to create a war where human life was just one more commodity fed into the machine. The horror of World War One was not simply the death and destruction, but that that slaughter had been created by the self-same advances of an age where everything, it seemed, had combined to make life faster, safer, and better.

Fast forward to now. It’s a meme no longer: Victoria 3 is coming, and Paradox is doing it right. Emphasising economics and society is exactly how a Victoria game should be – and that is precisely what Game Director Martin Anward and co. at Paradox appear to be doing. For my money, many of Paradox’s games should follow their example.

But I beg, I implore, the developers at Paradox, don’t leave war behind. War does not undermine the society building game you wish to make. War is the final chapter of the story, the ultimate test for the society you build, and, if designed well, can complement everything you set out to do while still avoiding the trap of promoting constant war. That is why war should matter to Victoria 3.

Now, at this point, we know next to nothing about Victoria 3’s approach to war, only that it isn’t the game’s focus. 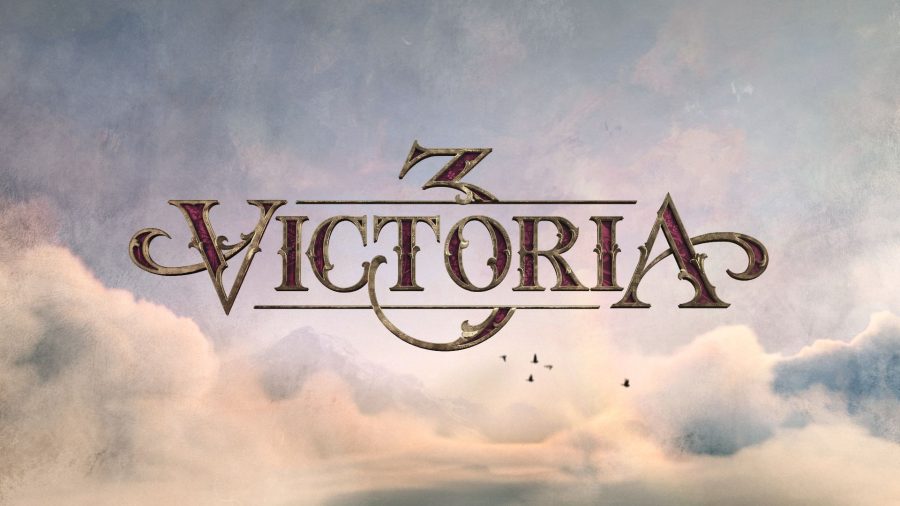 However, to listen to the discussion of Victoria 3 at the recent PDXCON Remixed, you’d come away thinking war was just another word for map-painting, where the player gobbles up the world with no regard for anything else.

It is reasonable to want to avoid that, of course – but don’t use it as an excuse to just brush over war entirely. You only have to portray it in a different way. Giving war its due does not mean you have to promote it. To demonstrate this, I want to show in this article how Paradox could take advantage of Victoria 3’s fundamentals in portraying war, and still maintain the design pillars that were outlined with the game’s announcement. 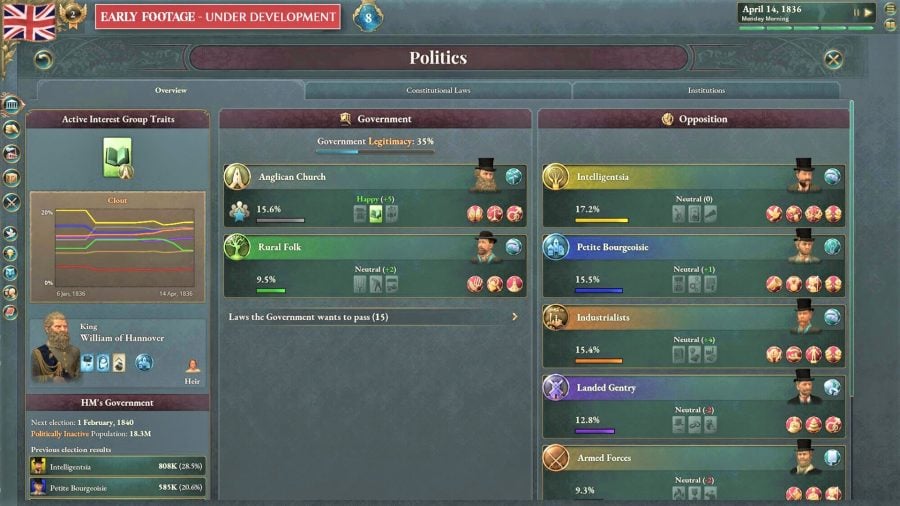 To begin with, Anward’s emphasis upon diplomacy offering the same results as war is heartening, and represents the era well.

But – without getting into a debate that is now more than one hundred years old – diplomacy also created the catastrophe of the First World War.

Back to the Front: These are the best WW1 strategy games

War, as a worse alternative to diplomacy, needs to be properly represented and imbued with gravity in-game, otherwise the diplomacy intended to prevent a war will mean little.

But what about when war begins? Victoria’s record is mixed. Having created superb social and economic systems that complement each other, the design of Victoria II’s warfare runs crying home to Europa Universalis. This isn’t wrong, at first. 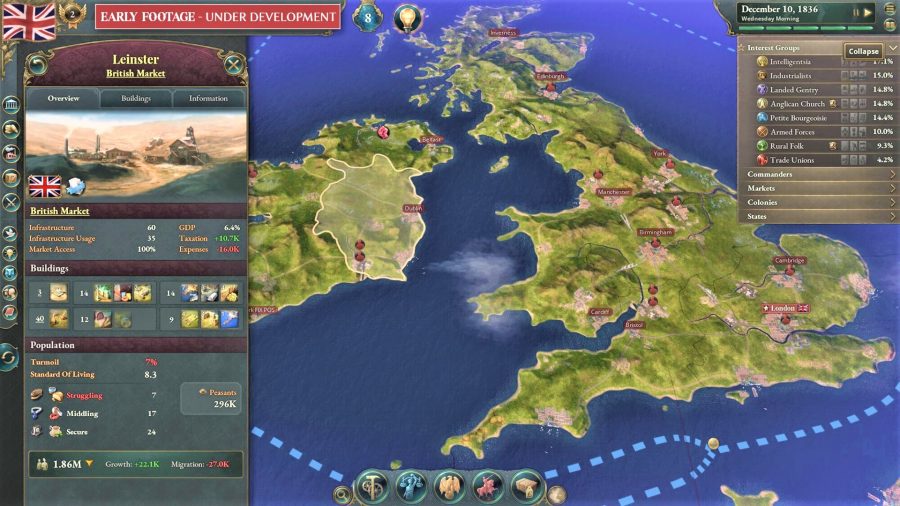 But, as wars expand, and armies take up entire fronts, like in Hearts of Iron (and real life), the transition to that kind of war is awkward. The less said about the naval side of things – Paradox’s traditional problem child – the better.

Modern war: How warfare works in Hearts of Iron 4

Victoria II portrays an era of immense change, with the world of 1936 being almost unrecognisable to the one of 1836, and does it well, but war is left out. 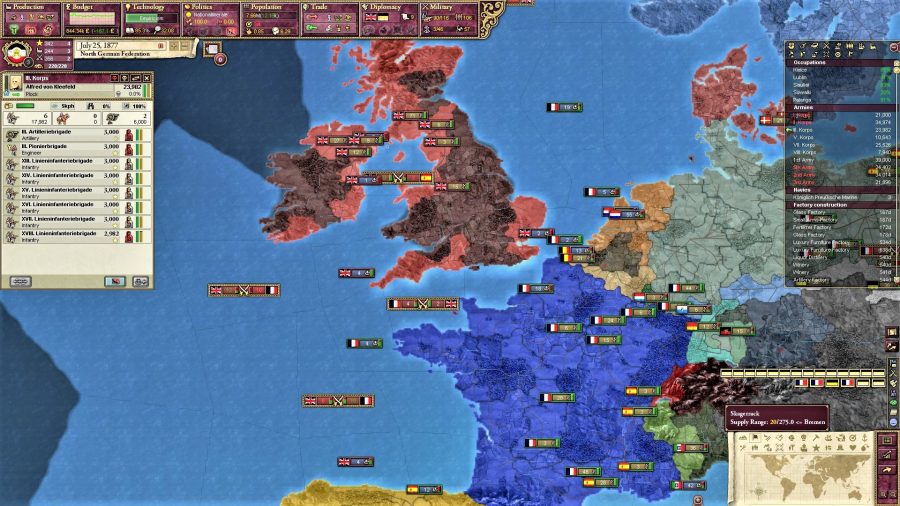 So how could Victoria 3’s combat system take advantage of its fundamental premise?

Firstly, Victoria 3 needs to embrace that war will change over the course of a game. Victoria II’s system isn’t fit for purpose. You know something is wrong when one side having “gas attack”, and the other not having “gas defence”, is a decisive factor in battles. The game’s Europa Universalis-style combat system must somehow be transitioned into something approaching Hearts of Iron’s. It doesn’t have to be a smooth transition, either – it sure wasn’t in real life! The example of such varied games as Rule the Waves 2 and Anno 1800 shows that such transformations can make for compelling gameplay. 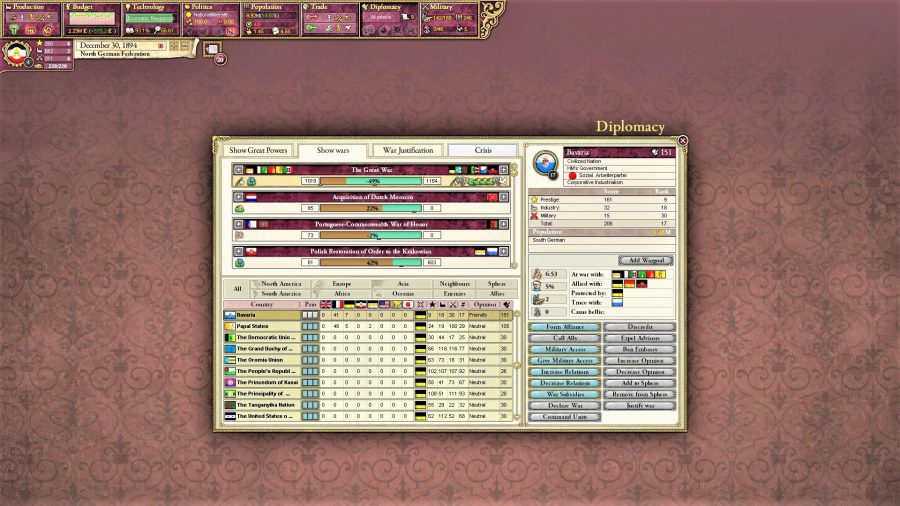 Next – war needs to be something, in the later stages of the game, that the player cannot prepare for. Instead of forgetting war to avoid the dread scourge of “map-painting”, by making war something the player can never be ready for, you’d ensure that it’s always in the player’s interest to avoid it.

How would this work? Well, a fundamental problem for armies, from the Russo-Japanese War onwards, was that the power of the technology available to them was beyond their ability to control and command.

What we know: Read our Victoria 3 interview with Martin Anward

Only a painful ‘learning process’ (read: slaughter) on the Western Front taught some armies how to fight a 20th century war.

Victoria 3 – somehow, possibly stealing from Hearts of Iron or Europa Universalis’ systems – needs to replicate this. The player can go through this learning process if they like. But, as many found out in the 1900s, it’s a process that, all too often, led to far greater catastrophes. 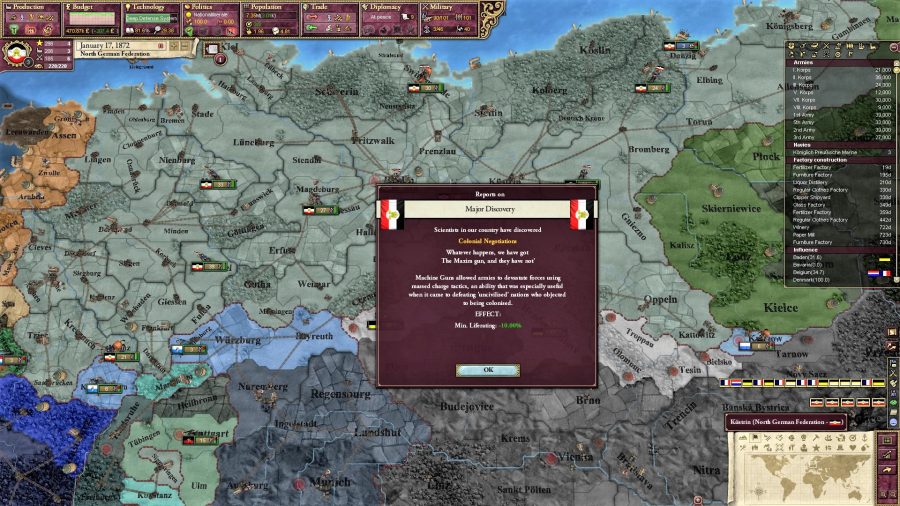 Finally, and most critically, Victoria 3 needs to embrace that, in a game about industry, war must be tied to that industry. There is no better conflict than World War One for looking at this. Victoria II’s system – where you had to buy or create the small arms and other items to equip your army – was a start.

industry should define the pace of the fighting

But the game needs to go further – you shouldn’t just pay an upkeep in materials for your army, your industry should define the pace and intensity of the fighting. During the First World War, all armies found that their stocks of artillery shells were miniscule, compared to the demands of the war they were fighting. The munitions their nation produced in a whole month would be fired off in a single day’s shelling. 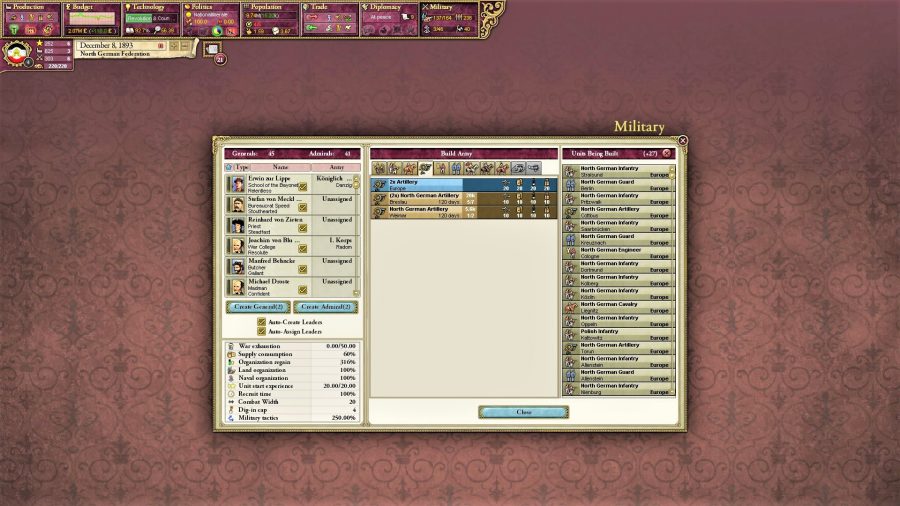 As the war dragged on, nations had to scramble to increase capacity. In the United Kingdom, the fallout from shortages led to the fall of a prime minister. Even when supply improved, offensives had to be prepared, and stocks of shells made up.

Such a system, relying upon a single currency – ‘shells’ – would intertwine perfectly with Victoria’s fundamentals, ensure industry is interlinked to the economy, and still avoid being anything close to enticing for the would-be militarist. 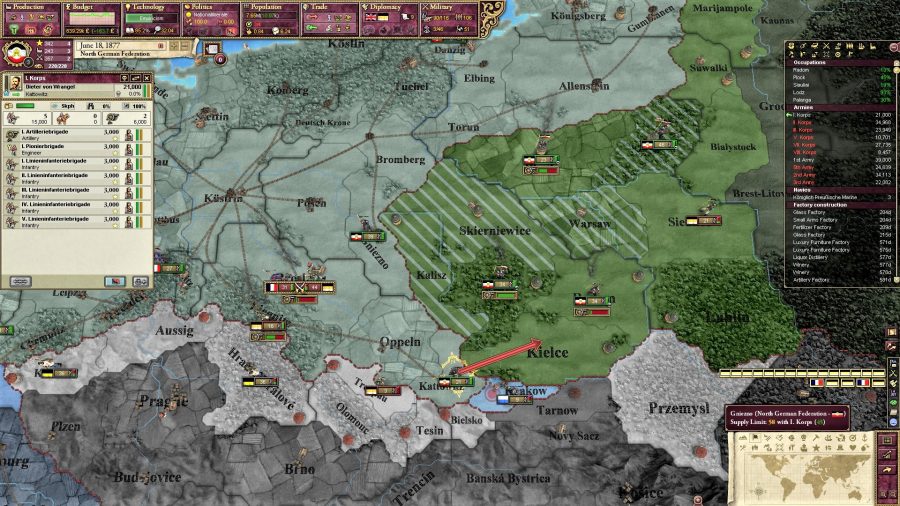 I offer these ideas not to suggest that I can do a better job than Paradox. Only they know how Victoria 3 plays. Rather, I want to show that a system that gives war proper attention does not have to promote map painting, and can fit within Victoria 3’s fundamental “design pillars”.

War might not be the focus, but any game has to ensure all its parts connect and complement the whole. Victoria’s fundamentals offer it the unique ability to portray warfare of this period in a way no other game can – so long as war is not left as an afterthought.

Failed nerd, failed Australian, Charles spends his days casting industrial quantities of wargaming terrain and being slightly dissatisfied with every game and story in front of him.