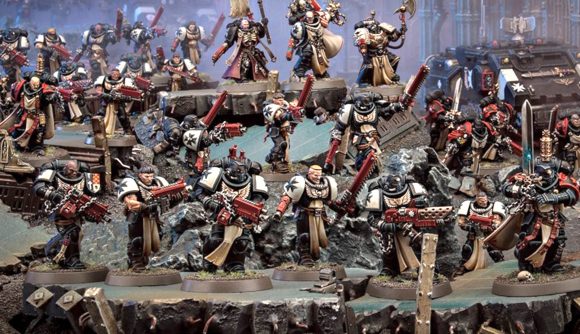 While the Black Templars Army Set will be going up for pre-order this Saturday, the Warhammer 40k boxed set won’t be the only way of getting your hands on its new miniatures, punchy Vows, and Holy Hand Grenades. In fact, all of the box’s contents will be released separately soon after it launches.

In a Warhammer Community article posted earlier today, Games Workshop has confirmed all miniatures and datacards included in the upcoming army set will be available to purchase separately in “a few weeks” time. The only exclusive feature of the box is its version of the Black Templars Codex Supplement, which features limited cover art. Other than that, you’ll be able to get your hands on everything in the box at a later date, even if you don’t pre-order the set this weekend.

This is the first time GW has explicitly stated that the box’s contents will be available separately after launch, but it might not come as a surprise to many. GW took a similar approach with the Sisters of Battle Army Set released in 2019. Following the launch of that box, every miniature was released separately, and the set was eventually repackaged into the Adepta Sororitas Combat Patrol box, albeit without the army’s Codex.

Following on from the set’s pre-order announcement earlier this week, the post also reaffirms and details GW’s ‘pre-order weekend promise’. Similar to the guarantee that accompanied the release of Kill Team: Octarius, GW promises that every customer who orders the Black Templars Army Set before 12am PST / 3am EST / 8am BST on Monday, October 11, will receive a copy of the box. 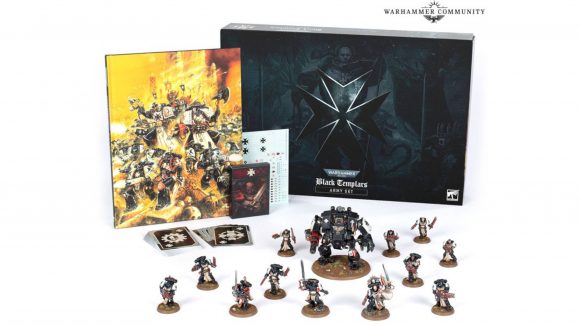 If you get in early, you might grab a box from the initial stock, while later orders will see you waiting a few months to get your copy as it’s reprinted in the factory to order. In the past, fans and scalpers have eagerly leapt on new Warhammer 40k box set launches, sweeping up stock in mere minutes before reselling the boxes at hugely inflated prices on the second-hand market. GW says this pre-order guarantee should combat that.

Find out everything you need to know about the upcoming Army Set with our Warhammer 40k Black Templars launch box guide. If the crusading Space Marines aren’t your cup of tea, dig into the rest of the Emperor’s loyal Legions with our Imperium factions guide.