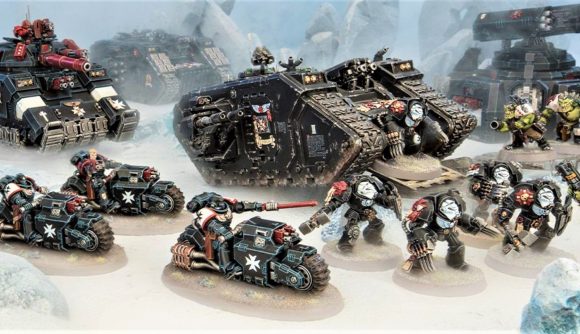 A day after unveiling the last of the new, upgraded range of Black Templars Space Marines, Games Workshop has begun laying out details of the custom rules coming in the imminent Black Templars codex – starting by showing off two out of the four new Templar Vows in a Warhammer Community article on Tuesday.

GW says it’s the first of daily Black Templar rules reveals throughout the week, running up to the long-awaited army set going to pre-order on Saturday. Fans will be hoping for glimpses of new Black Templars Stratagems, Warlord Traits, and datasheets for the brand new Primaris units, among other teased details for the new range.

Tuesday’s article profiles two such Vows, and their attendant Passions – you can read the details below – though we don’t yet know whether the other two will be included in other reveals this week, or if we’ll have to wait for the Codex to see the full set. 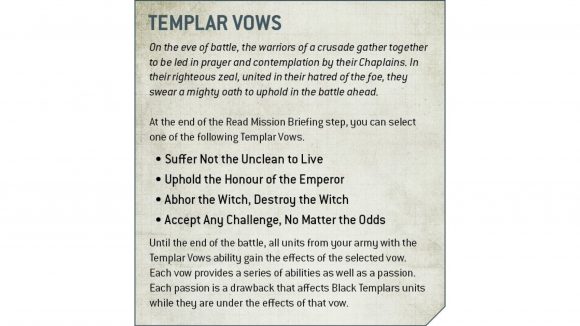 The four Templar Vows are: 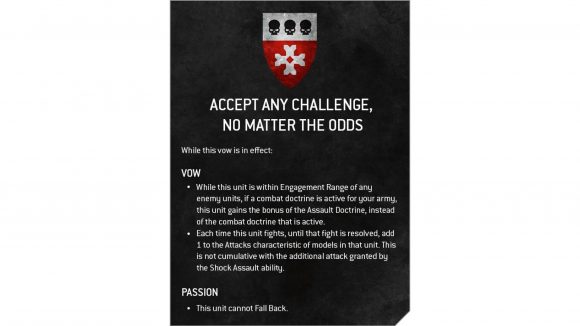 ‘Accept Any Challenge, No Matter The Odds‘ effectively gives Templar units a permanent extra attack and extra point of AP while in combat, at the cost of never being allowed to Fall Back. This is pure Templar tactics, and has the virtue of rewarding you for following a strategy of blind charging aggression that you might have done anyway. Delicious. 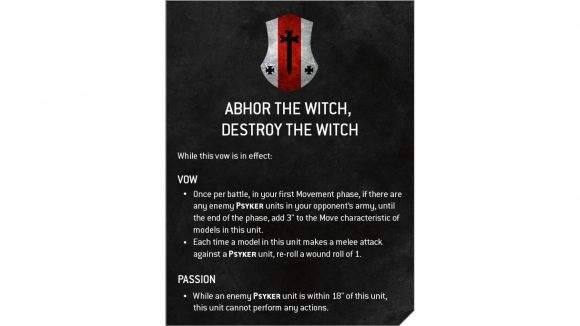 Abhor the Witch, Destroy the Witch, meanwhile, allows you to re-roll ones to wound against Psykers, and gives you a once-per-battle three-inch speed boost in the first movement phase, if the enemy army contains any Psykers.

This anti-psyker Alpha Strike ability could finally give the Templars an effective counter against powerful psychic armies like  Thousand Sons, to whom these boys in black (who aren’t allowed any Psykers at all) have traditionally had no strong answer. We shall see. 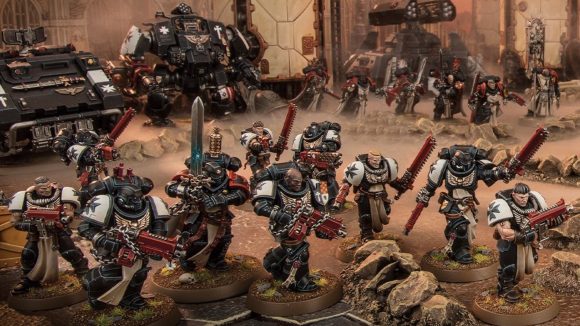 If you want the full run-down of the now considerable range of snazzy new miniatures for the crusading zealot sons of Rogal Dorn, check out our full guide to the new Black Templars. Or zoom out to the entire Adeptus Astartes with our full guide to Warhammer 40k Space Marines.