There’s plenty of tragedy in the gruelling world of Warhammer 40k, but few primarchs have fates as devastating as Horus Lupercal. His command over mankind’s armies was legendary; he was chosen to be Warmaster over all other primarchs; and, after his corruption, Horus wielded the power of the Chaos Gods. He grew to almost equal his father in power, but this only led to more betrayal and bloodshed.

By the time the world of Warhammer reaches the year 40,000, Horus Lupercal has already gone down in history as the leader of the Sons of Horus (formerly the Luna Wolves) and the greatest traitor mankind has ever known. Lupercal’s war, The Horus Heresy, quite literally shaped the Imperium of Man as we know it today.

Given his huge historical importance (and the recent Horus Heresy Age of Darkness set stoking the flames of curiosity), you’ll likely want to know more about how this primarch went from favourite to traitor. Beyond these paragraphs are details of the battles, corruption, chaos, and downfall of Horus Lupercal.

So, who is Horus Lupercal? 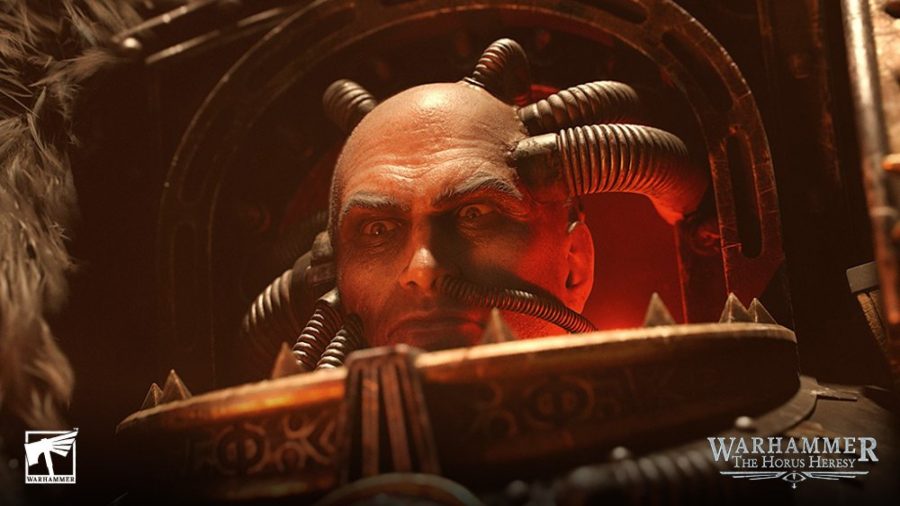 Who is Horus Lupercal?

When he and his brothers were scattered by the Chaos Gods as infants in the late-30th millennium, Horus Lupercal ended up on the mining planet of Cthonia. This was a reasonable distance from Terra, so Lupercal was naturally the first primarch rediscovered by the Emperor of Man. Details of his upbringing are patchy and full of contradictions – but whatever it may have entailed, Horus would take command of the XVIth Legion (the Luna Wolves) and join the Great Crusade with his father.

Learn more: A guide to the Horus Heresy book order

For years, Horus aided the Emperor of Mankind in forming the Imperium of Man, standing by his side as his only, beloved son. The other primarchs would gradually emerge, but Horus would remain a favourite of the Emperor despite increasing fraternal competition. He was a natural leader with a gift for strategy and psychology. It was little wonder that, as the Emperor’s exploits grew over centuries and his time became more stretched, he chose Horus to lead the Great Crusade in his stead. 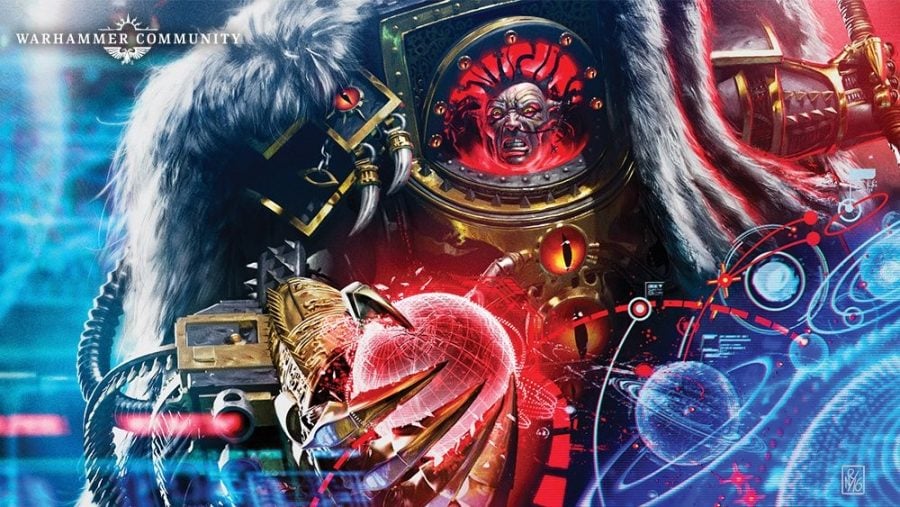 The Ullanor Crusade was one of the Luna Wolves’ greatest victories, and it earned them the name of The Sons of Horus. After this success, the Emperor of Mankind would disappear to Terra to work on a vast new project – leaving Horus to run things in his place as Warmaster, a leader with authority over all primarchs and armies.

This was the first of the Emperor’s decisions that would set the gears of The Horus Heresy spinning. The primarchs felt abandoned by the Emperor, and even honoured Horus grew to resent him for keeping such an enormous project a secret from his Warmaster and favourite son.

Around this time, Horus began seeking the counsel of First Chaplain Erebus of the Word Bearers. Erebus was secretly in league with the forces of Chaos already, and he slowly turned Horus and several of his advisers to treachery. Exposed to a Chaos Cult on the planet Davin by Erebus, and growing in resentment, Lupercal saw a vision in the Immaterium where the Emperor ruled as a theocratic god that victimised the ‘innocent’ Chaos Gods.

The primarch Magnus the Red reached Horus during his vision (with disastrous side-effects), but he was unable to stop his brother from turning to Chaos. Horus Lupercal renounced his oath to his father, and became the champion of the ruinous powers of the Warp. 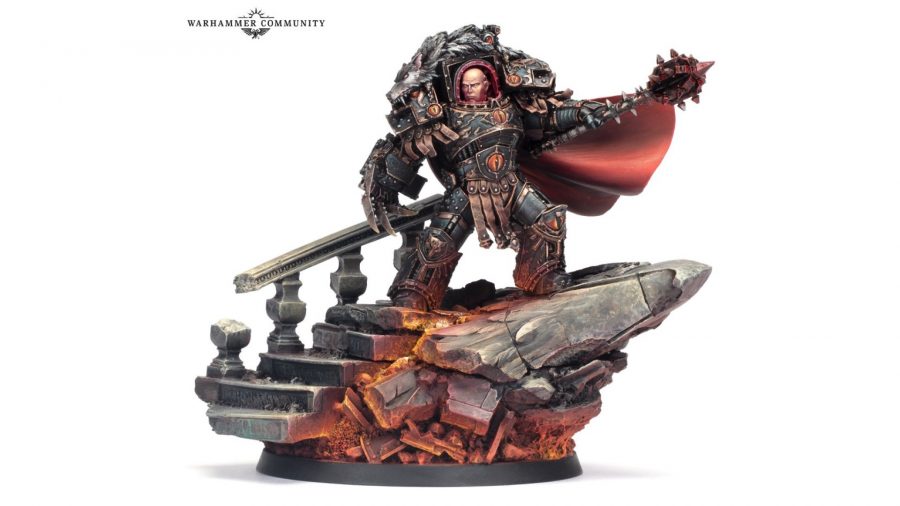 Before any shots were fired, Horus Lupercal already had plenty of people on his side. Going undetected as a traitor at first, Lupercal quickly turned the majority of the armies under his control – the Sons of Horus, the World Eaters, the Death Guard, and the Emperor’s Children. He amassed troops in the Istvaan System, and the remaining loyalist troops were dispatched to the planet Istvaan III. These soldiers were betrayed in their moment of victory against the planet’s cultists.

Under Lupercal’s command, the traitor legions then launched a devastating surprise attack on their unprepared loyalist brothers on Istvaan V. Lupercal had watched over most of the battle, as the loyalists made good headway against his Sons of Horus – but joined the enormous slaughter at its height. The battle became known as the Drop Site Massacre for the scale of its bloodshed – almost destroying the Raven Guard, Iron Hands, and Salamanders legions at a stroke. Early on in the battle, the traitor primarch Fulgrim of the Emperor’s Children slew his brother Ferrus Manus, primarch of the Iron Hands. 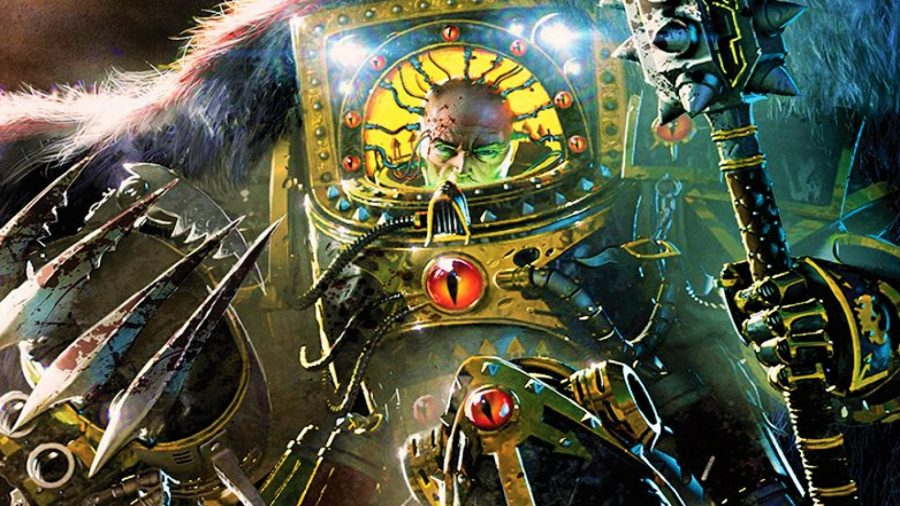 Seven years of civil war finally culminated in the Siege of Terra and the storming of the Emperor’s Imperial Palace. Despite fierce Loyalist defences, the Chaotic armies landed on Terra and successfully breached the Imperial Palace. The siege was still going after 55 days, and Lupercal knew Loyalist reinforcements were coming – primarily from Roboute Guilliman’s Ultramarines.

No one agrees exactly why he did it, but Horus disabled the Void Shields on his flagship, The Vengeful Spirit. The Emperor of Mankind himself joined an assault on the vessel. After killing his brother Sanguinius, Horus Lupercal finally had to face his father. The Emperor would not use his full power against Horus at first, so he allowed his son to wound him severely. The flesh was burned from his face, his eye was destroyed, his arm was torn from its socket, and Horus snapped The Emperor’s back over his knee.

One Loyalist warrior attempted to intervene, but Horus shot him down gleefully. The Emperor of Mankind saw there was no going back. Unleashing his full powers, The Emperor destroyed Horus Lupercal with pure Warp energy. There was regret in Horus’ eyes in those final moments, but the Emperor erased him from existence so entirely that Chaos could never take hold of him again.