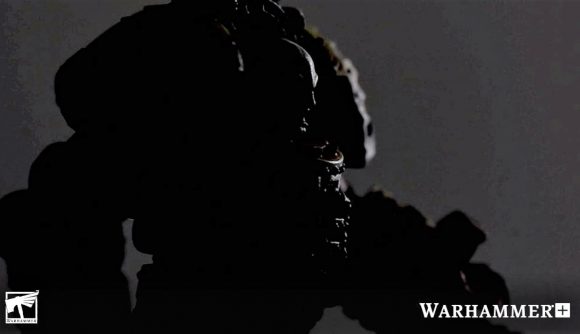 In a loud and bombastic new trailer promoting the 2022 line-up for its Warhammer Plus subscription service (watch it below), Games Workshop has shown us a glimpse of the two free models that’ll be available to new subscribers in the coming year – as well as a look ahead at new animations and ‘Warhammer Vault’ lore content that’s coming up.

Though, in classic GW style, the miniatures are shown rotating and wreathed in mysterious shadow, their silhouettes strongly suggest a Space Marine Terminator character for Warhammer 40k (Captain Orpheo, star of Warhammer Plus’ Angels of Death series, perhaps?) and some kind of robed Chaos sorcerer for Warhammer Age of Sigmar – identifiable only by their eight-pointed star icon and horned staff.

The trailer’s ‘reveal’ of the new free models features alongside snippets of new footage from upcoming, Tau-focused Warhammer Plus animation The Exodite; fresh, Imperial Guard– and Stormcast Eternals-themed episodes of mixed anthology Hammer and Bolter; and a stack of new digital lore content due to be added to the Warhammer Vault, including parts of the End Times book series, covering the demise of Warhammer’s Old World. 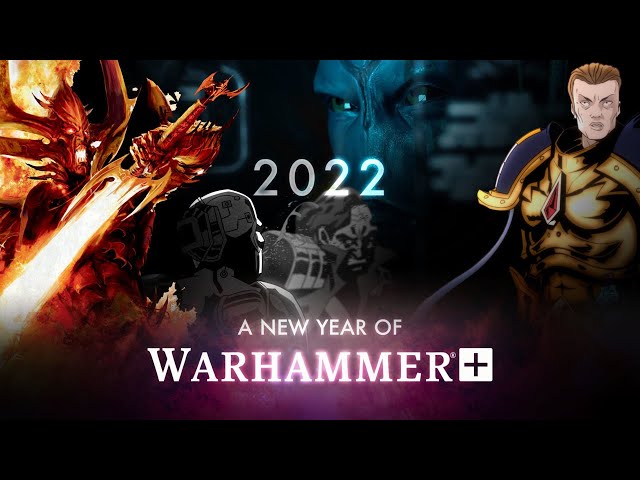 In its article promoting the new trailer and Warhammer Plus’ 2022 content slate, GW’s Warhammer Community site says there are “new faces joining the Warhammer TV crew”. As we previously reported, GW has hired several new staff members in recent months to work on Warhammer Plus shows, including at least one TV presenter for Battle Report, and an IP reviewer to watch the shows before they’re published. 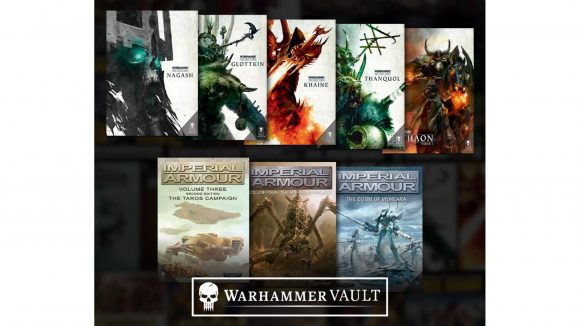 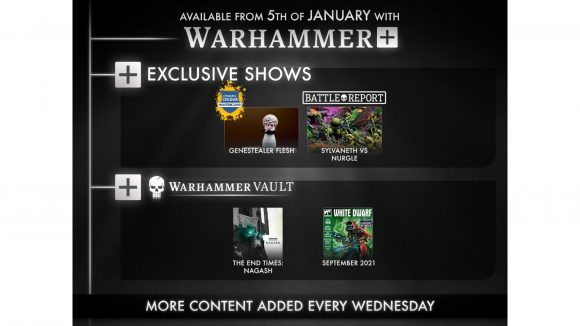 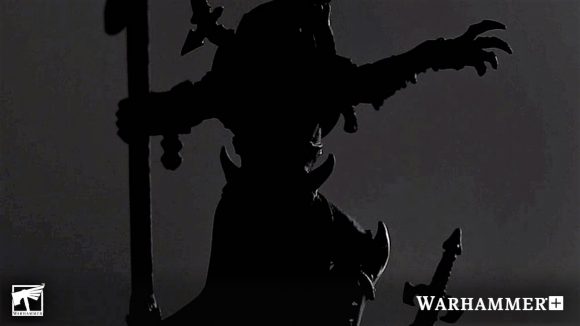 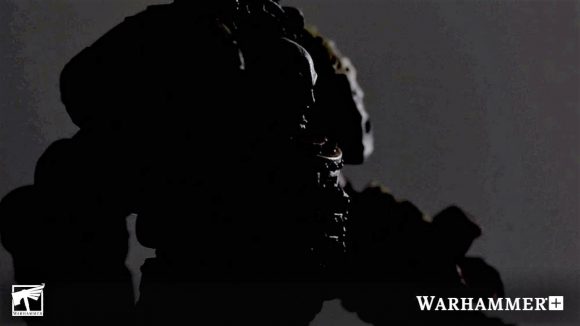 Warhammer Plus was launched in August 2021, and costs $5.99 / £4.99 a month, or $59.99 / £49.99 annually. It launched with a minimal amount of content, but has slowly built its library from there – most recently by re-publishing the Astartes animated series by Syama Pedersen.