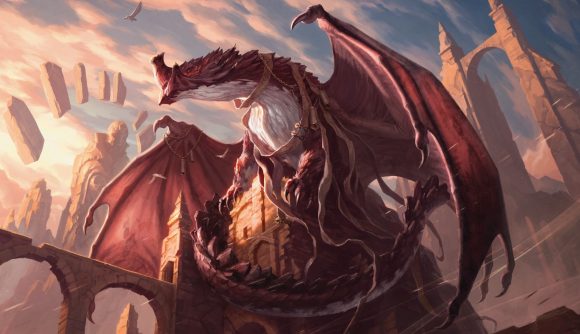 In the run-up to the release of D&D’s next adventure book, Strixhaven: A Curriculum of Chaos, D&D Beyond has released a free adventure set in the magical university. No Tears Over Spilled Coffee is a one-shot for three to four first-level characters that previews a new mechanic and map from the upcoming book.

The adventure casts you as a Strixhaven first-year who’s starting their first shift at the campus cafeteria, Firejolt Café. Previewing some of the book’s new mechanics for roleplaying extracurricular activities and jobs, you’ll take on a working position at the café to earn a weekly wage as a barista, cashier, cleanup crew member, or other position. You’ll also get to change your relationship with another NPC while at work, building a network of friends and rivals that you might leverage later.

In the adventure proper, your party is called upon to run the café after your supervisor falls asleep, with all the sitcom antics you’d expect. You’ll be dealing with a barrage of customers, requests, and complaints in the morning rush, fighting off a pair of magma mephits that have occupied the coffee machine, battling a mimic after it’s made its way inside, and working together to whip up a decidedly difficult drinks order.

The adventure emphasises Strixhaven’s focus on non-traditional D&D activities, and includes tips for DMs on how to use skill checks to simulate the ordinary practices of a working day. It also contains a map of Firejolt Café, which has been reprinted from the upcoming Strixhaven book.

Check out the adventure on D&D Beyond. 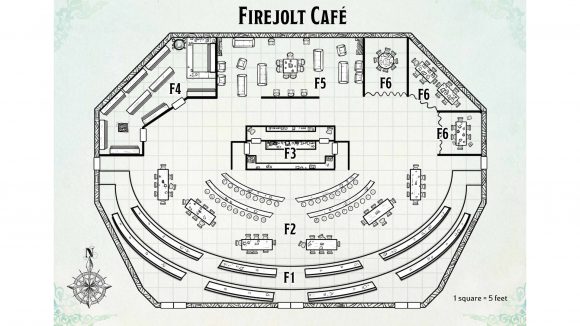 Strixhaven: A Curriculum of Chaos is the next D&D book scheduled to release for the tabletop RPG. A crossover with Magic: The Gathering, the sourcebook is split into four adventures, in which players will enrol at the magical university, work their way through academic life, thwart a sinister plot or two, and graduate on the other side. It will also introduce the new Owlin player race, alongside the “most powerful backgrounds” in the entire game, according to principal rules designer Jeremy Crawford.

While you wait for the book to release on December 7, have a look at the best D&D 5E feats and D&D 5E spells you should be using. Or, if you’re new to the game, read our rundown of all the D&D classes.