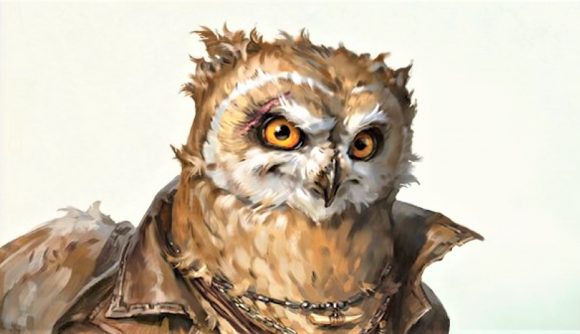 In a follow-up to Tuesday’s teasers for Fizban’s Treasury of Dragons, D&D publisher Wizards of the Coast has released a flurry of bite-sized previews for Strixhaven: A Curriculum of Chaos, its upcoming sourcebook set in the magical university setting of a recent Magic: The Gathering set.

With a salvo of infographics released via several social media influencers and D&D enthusiasts on Wednesday, Wizards has fleshed out a few more details about gameplay options and world-building in the new book – including  info about the new playable Owlin race; details of job opportunities and extracurricular activities available to players while at Strixhaven University; a miniature map of the nature-themed campus of Strixhaven’s Witherbloom college; and profiles of two Strixhaven student NPCs for use in games.

In an article in its Dragon+ magazine, Wizards also spilled the beans on Strixhaven’s College Mascots – distinctive magical creatures that are prevalent on campus in each of the five Colleges, which can be summoned by players in-game. You can read the full infographics, and see artworks of the mascots, below.

Perhaps most striking are the additional details about the Owlin, a new playable D&D race being added in the Strixhaven. Wednesday’s post confirms that the Owlin are “distant cousins of giant owls from the Feywild“, and that they: 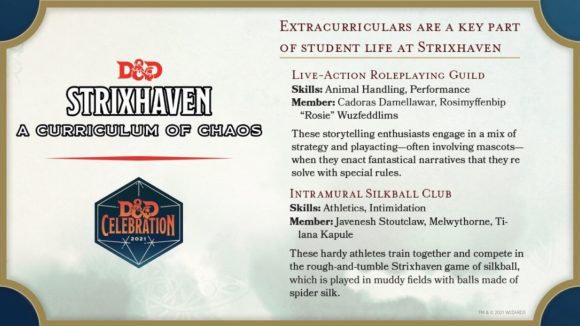 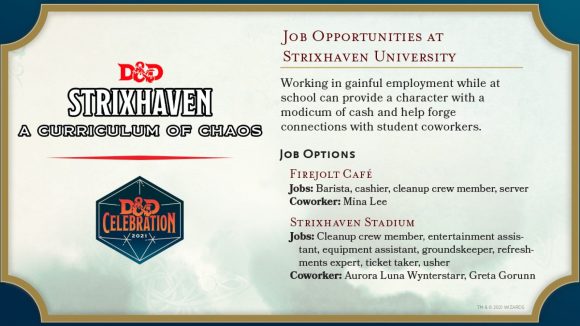 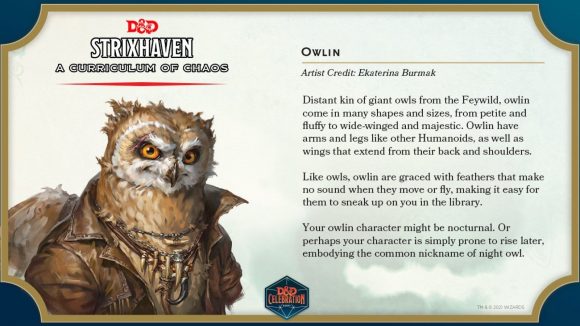 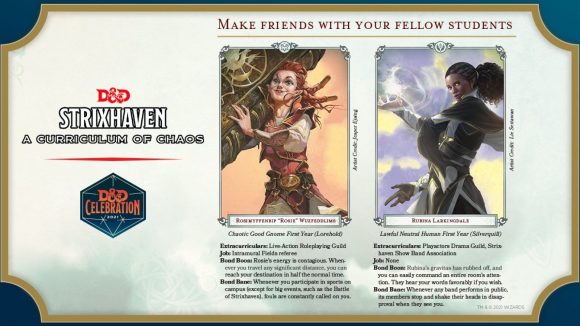 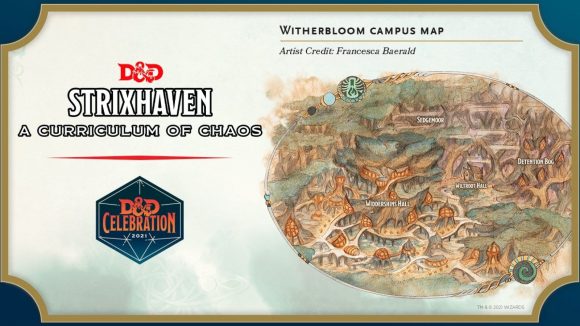 Meanwhile, the Dragon+ magazine article on College Mascots explains that one of the players’ first encounters with the creatures is a classic ‘herding cats’ quest. “When a bunch of mascots escape and run amok, the faculty member who was cataloguing them asks for the students’ help,” the piece says.

“The task of looking for these runaways allows the characters to experience many of Strixhaven’s locations in a new way.”

Later, at 4th level, you can take the Strixhaven Mascot feat, and gain the ability to summon your College Mascot to your side using the Find Familiar spell. You can then have it use one of your attacks – or teleport to swap places with it within 60 feet. Handy!

Oh, and the Mascots are key to Strixhaven’s definitely-not-Quidditch student sport Mage Tower: you score points by capturing the other team’s Mascot and returning it to your side of the field. It’s… odd.

We’ve seen artworks showing the Mascots for Prismari  – the Art Elemental – and Witherbloom – the Pest – but the others are: 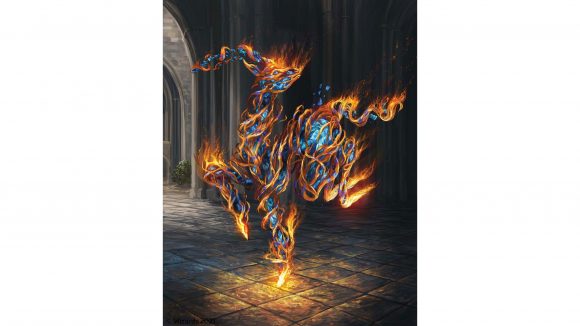 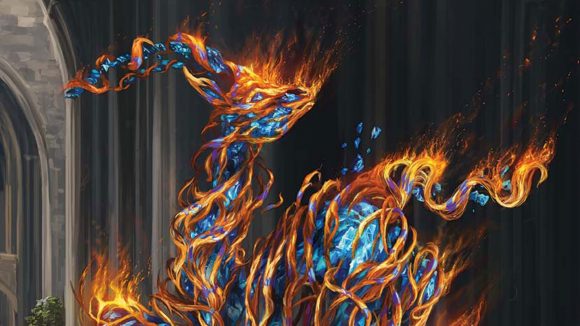 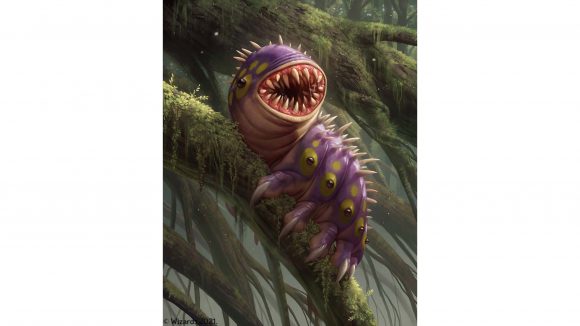 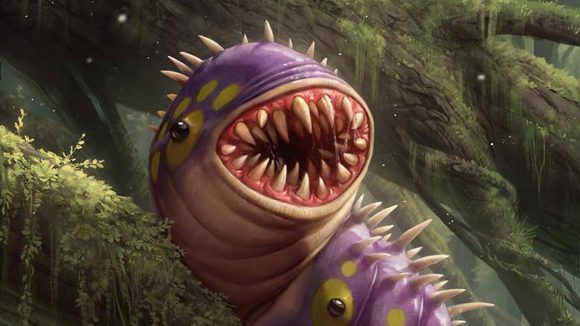 We don’t yet know what other roles Mascots might play in storytelling within D&D campaigns set in and around Strixhaven University – but they’re certainly cute critters, we can tell that much. Well, sort of. 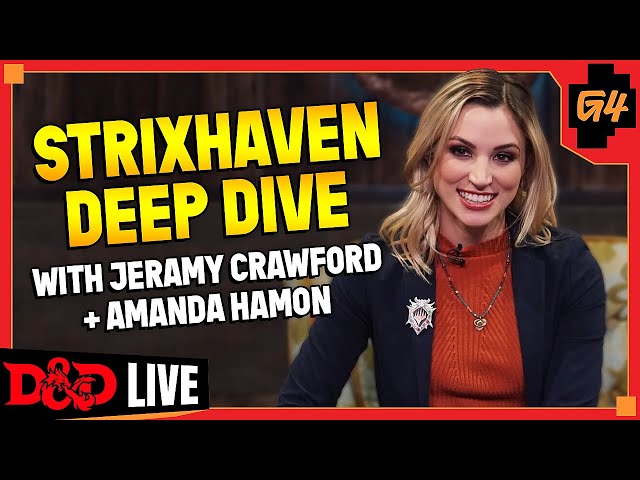 D&D’s Strixhaven sourcebook will be released on November 16 – you can read all about it in our Strixhaven: A Curriculum of Chaos guide, with further details about its content, races, and adventures.

Alternatively, get back to the basics of Dungeons and Dragons with our comprehensive guide to D&D classes, D&D races, and D&D character sheets.