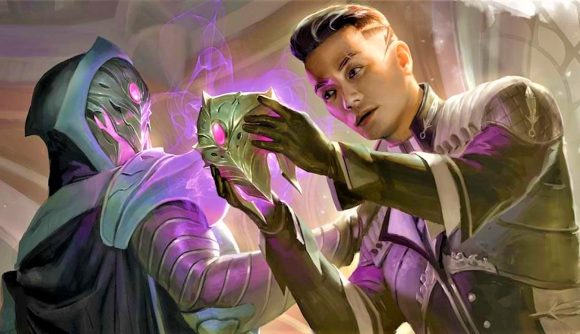 With the release of the next D&D 5E sourcebook, Strixhaven: A Curriculum of Chaos, just a week away, publisher Wizards of the Coast has for the first time released details of one of the book’s new D&D Monsters – the Oriq Recruiter – alongside a preview of the villainous faction they represent.

Revealed in a hype-building exposé in the D&D Beyond blog on Tuesday, the Oriq Recruiter (reportedly “just one of over 40 friends and foes you’ll encounter” in the new book) is a Challenge Level Four Warlock, wearing an enchanted mask that lets them pass unseen through “magical scrying sensors” or divination magic, and disguise themselves as anyone at the Strixhaven University. It’s all in aid of their nefarious purpose: luring disgruntled students to join their evil secret society.

According to D&D Beyond, they represent the Oriq, a “mysterious society of mages who oppose and regularly infiltrate Strixhaven”. The Recruiters find students who are struggling academically (or financially), or who are simply ambitious and hungry for “forbidden magic”, and tempt them into becoming agents of the Oriq – whose mission is to “access Strixhaven’s trove of magical secrets, steal rare spell components, and collect magical energy for their leader, Extus Narr”.

Narr (which, incidentally, is the real-world German word for ‘fool’) had been an aspiring Oracle of Strixhaven, but was rejected by the university’s Founder Dragons, and went off in a huff to raise his own secret army with which to take revenge. A tale as old as time. 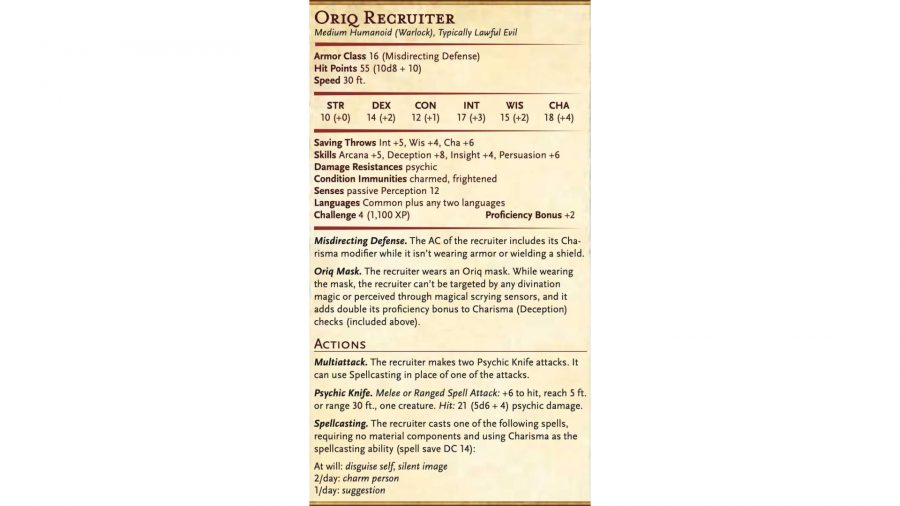 As for the Oriq Recruiter, they’re mostly rocking D&D spells related to their day-to-day subterfuge and subversion, rather than battle magic – but their Psychic Knife multi-attack weapon packs a punch, at 5d6+4 Psychic damage.

We reckon they’ll be most interesting for storytelling, though, with their Battlestar Galactica Cylon-like ability to erode trust and create tension; as the D&D Beyond post highlights: “The professor you admire, the rival you defeated in Mage Tower, and even your beloved could be a member of the Oriq.” 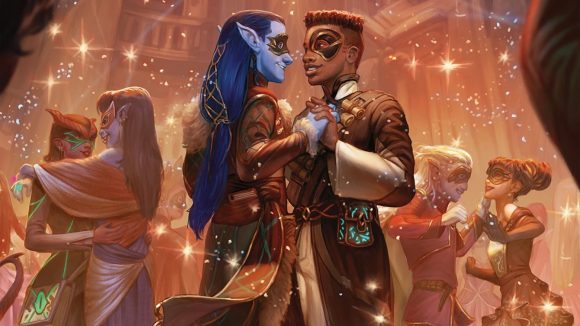 Strixhaven: A Curriculum of Chaos comes out in physical hardcover format on Tuesday, December 7, 2021.

Looking to read up on this Magic: The Gathering flavoured D&D sourcebook? Check out the powerful Strixhaven backgrounds, or have a gander at our broader Strixhaven guide, including the Owlin race, adventure details, and more.