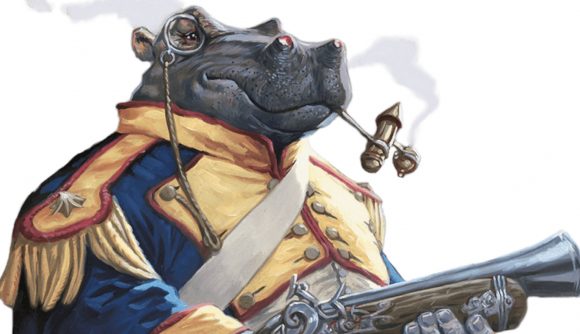 The latest Unearthed Arcana playtest document for Dungeons and Dragons introduces six new playable races to the tabletop RPG, several of which are taken from the game’s popular space-fantasy Spelljammer campaign setting. Released last Saturday on the D&D Studio blog, Travelers of the Multiverse includes in-progress rules for the new races, and provides an example of how future D&D material will implement the racial changes revealed last week.

The document’s six new playable races include the Astral Elf, Thri-kreen, Autognome, Giff, Hadozee, and Plasmoid. Those last four have appeared several times in past Seplljammer novels and adventure modules, but all are pretty wacky in comparison to the standard D&D races. Giffs are humanoid hippos, Autognomes are mechanical beings built by Rock Gnomes in their likeness, Plasmoids are amorphous amoebas, Hadozees are ape-like beings, Thri-Kreen are four-armed insectoids, while Astral Elfs are the familiar pointy-eared folk who live on the Astral Plane.

While each has specific racial traits, some standout abilities are the Palsmoid’s Shape Self feature, which lets them morph into a limbless blob or humanoid shape with arms and legs as they please; the Autognome’s True Life ability, letting them regain hit points if a Mending spell is cast on them; and the Giff’s Hippo Build trait, granting them Advantage on Strength-based ability checks and saving throws.

The playtest material also adds some more wacky additions. Thri-Keen can telepathically communicate with other creatures instead of clacking their mandibles together, and use their carapace for a natural AC rating of 13 + your Dexterity modifier. The Hadozee, meanwhile, can spread their skin membrane to glide through the air. 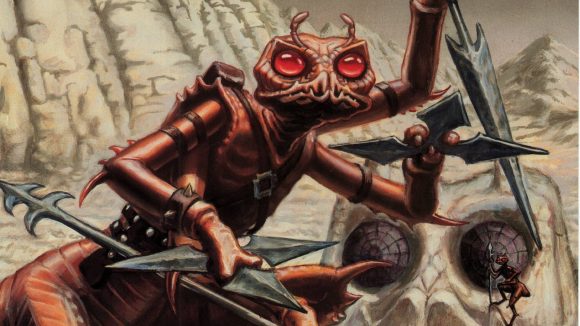 Given that Unearthed Arcana playtest material is published by Wizards of the Coast to test new D&D mechanics before they are integrated into future releases, this Travellers of the Multiverse document suggests the content of future D&D releases. Upcoming D&D books may well focus on the Spelljammer campaign setting, or explore multiple planes within the D&D multiverse by building on the races presented here.

While remaining a popular setting since it first appeared in Advanced Dungeons & Dragons back in 1989, Spelljammer has never appeared fully in Dungeons and Dragons 5E. Beyond making a cameo appearance in 2018’s Waterdeep: Dungeon of the Mad Mage, the setting – which is a spacefaring spin on typical fantasy tropes – hasn’t received a dedicated sourcebook of its own.

The Unearthed Arcana also demonstrates more substantial changes being made to D&D’s playable races. Following much criticism over the game’s tendency to genetically predetermine characters’ stats and learned behaviours, racial ability bonuses have been removed, as well as height and weight requirements. Instead, players can choose to gain +2 in any ability score and +1 in another, regardless of which race they choose. 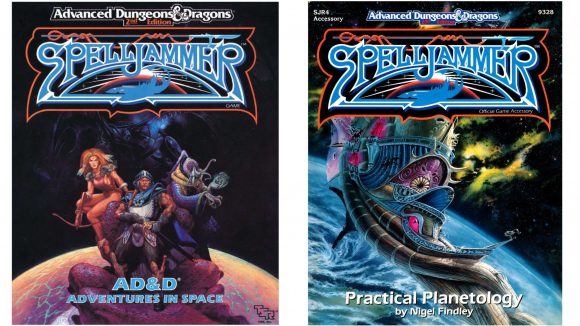 The changes come after recent alterations to the game’s moral alignment system. D&D lead rules designer Jeremy Crawford last week clarified future books will no longer stipulate creatures’ moral outlooks, and only specify the leanings of key, named characters within adventures. It’s intended to emphasise that alignment is a “narrative suggestion” and “roleplaying aid”, rather than a concrete rule.

For more fantastical beings, read our D&D 5E Races guide, or check out our rundown of the D&D classes. If you’re past all that, why not have a gander at our pick of the best D&D characters sheets to improve your game?