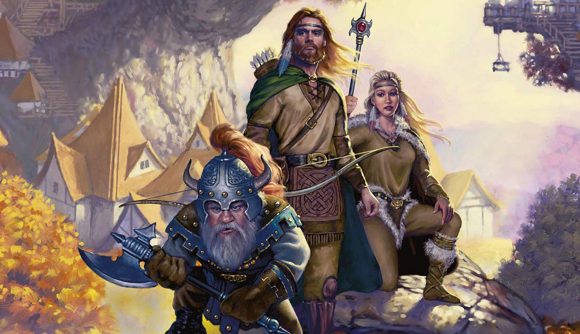 The production of Dungeons and Dragons videogames won’t be slowing down anytime soon, with at least four unannounced D&D titles coming in the next five years, according to Chris Cocks, president of publisher Wizards of the Coast. Speaking to GamesIndustry.biz yesterday, Cocks said videogames will be “core to the future of D&D”, and suggested the upcoming adaptations will span a range of genres and settings.

Cocks revealed “at least six new D&D videogames” will release in the next five years, including co-op fighting brawler Dark Alliance, due to release June 22, and Baldur’s Gate 3, which is currently available in Early Access. That leaves four videogames yet to be announced.

These unannounced titles won’t all be typical computer RPGs that have dominated the D&D videogame space in the past, but will range in genre and gameplay. Cocks says Wizards hopes to “push the envelope on triple-A roleplaying, exciting co-op themes and even roleplay/strategy hybrids”, while publishing games that will range in setting, and span multiple locations from the D&D universe.

“Each game we will bring to market will explore a different, exciting adventure and set of gameplay themes in this diverse universe,” Cocks said.

“In one game you might run a thieves guild and traverse the Thieves Highway of Waterdeep, in another you might marshal dragon hosts in the war-torn world of Krynn,” he added. 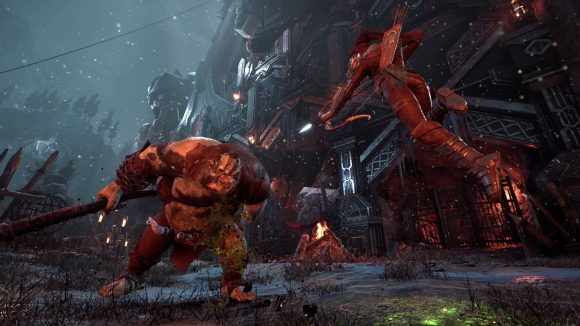 “In still another, you might explore the very origins of the D&D universe in real-time combat. The brand’s richness is an enabler of tons of amazing game experiences so rather than a challenge, we see it as an amazing opportunity.”

The mention of Krynn might stand out to fervent D&D fans as the setting for the popular, and long-running Dragonlance series of novels. Dragonlance hasn’t had a videogame appearance since a few NES and PC titles back in the ‘90s, with the classic high-fantasy Forgotten Realms setting favoured by videogame developers.

We already have some idea of what one of the four unannounced titles might be. Hidden Path Entertainment is currently developing an open-world, third-person D&D videogame, revealed back in March through a job listing on Twitter. The advert called for writers experienced with “strong ensemble casts” and “procedural content”, and said the game would feature “narrative branching”. 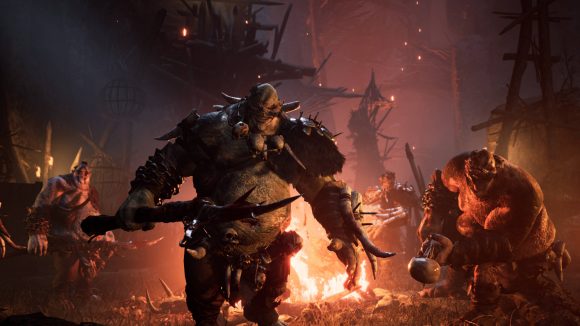 Elsewhere in the interview, Cocks said Wizards saw videogames as “core to our brand blueprint and how we plan to expand our audience”, and would be leaning more heavily into the field going forward.

“As big and robust as tabletop gaming is, video games are bigger still,” Cocks said.

“Around 60 million people shop in hobby stores around the world primarily purchasing strategy, roleplaying and collectible games like Magic: The Gathering and Dungeons & Dragons. 600 million people globally play those same genres on consoles, PCs and phones, so the potential is enormous,” he added. 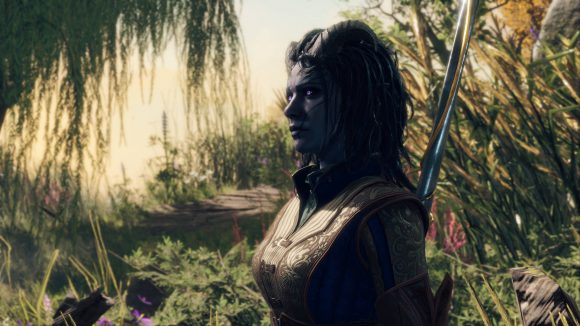 He later suggested that D&D branded videogames could compete with some of the biggest existing franchises: “Among video game fans, D&D enjoys brand awareness equivalent or superior to huge names in the space, games like Elder Scrolls, Warcraft and The Witcher.”

“And when we poll our fans, video games are by far the number one request for how we can extend the brand. So, we see video games as core to the future of D&D.”

Wargamer contacted Wizards of the Coast for comment on the unannounced videogames, but was told the publisher would not be adding any further details at this time.

Want to jump into the world of D&D but don’t know where to begin? Read our guide to playing D&D’s starter set, or our rundown of all the D&D classes. And why not check out our pick of readymade D&D character builds to hasten your character creation.