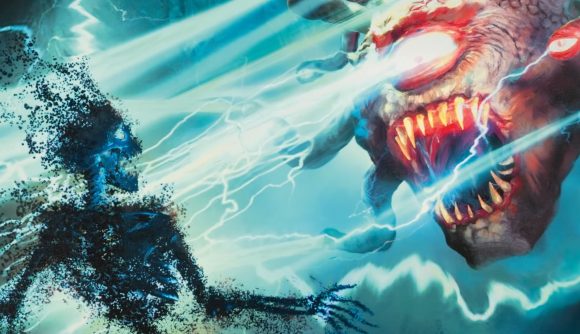 Magic: The Gathering’s next set, Adventures in the Forgotten Realms, is making several homages to classic tabletop RPG mechanics. The trading card game’s first D&D crossover set will introduce Dungeon cards to simulate tabletop exploration, as well as roleplaying cards that mimic typical D&D player choices. But the set will also riff on the most recognisable D&D mechanic of all: rolling a d20.

Several cards in Adventures in the Forgotten Realms are activated by rolling a 20-sided die, and using an accompanying results table to determine what ability they perform. Lightfoot Rogue, for example, gains Deathtouch on a roll of one to nine, but will gain an additional +1/+0 on a 10-19, and will get a bonus +3/+0 alongside First Strike on a natural 20.

As in D&D, the higher the roll, the better the result, with 20s offering particularly brilliant actions. However, Wizards says no dice roll will be detrimental to you, and even rolling a one will provide some ability. The idea is that players will never be punished for rolling a die when using a card. 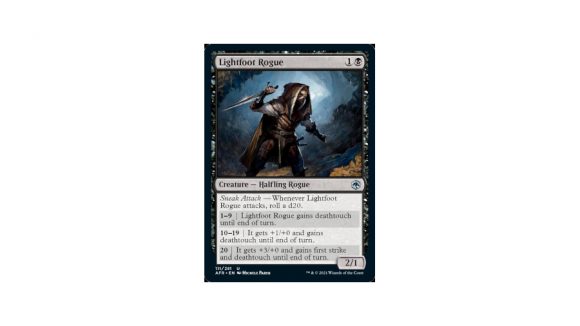 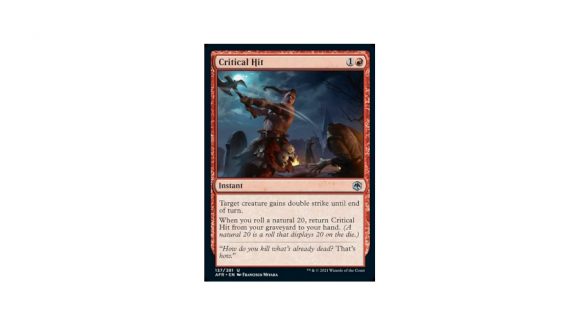 Adventures in the Forgotten Realms will only use a 20-sided die, so you won’t be needing any d4s, d12s, or any other dice that are usually found in a D&D dice set. However, the MTG blog post revealing the mechanic did hint that some of these other dice “might show up elsewhere”, which could be an indication of future MTG dice mechanics.

Elsewhere, we’ve seen what Commanders will be included in Adventures in the Forgotten Realms. Each will be a D&D adventuring hero, representing a classic race and class pairing, such as the Dragonborn Barbarian Vondriss, and the Half-Elf Paladin Galea. Each Commander deck will also include an iconic D&D monster, as well as at least one other possible commander. 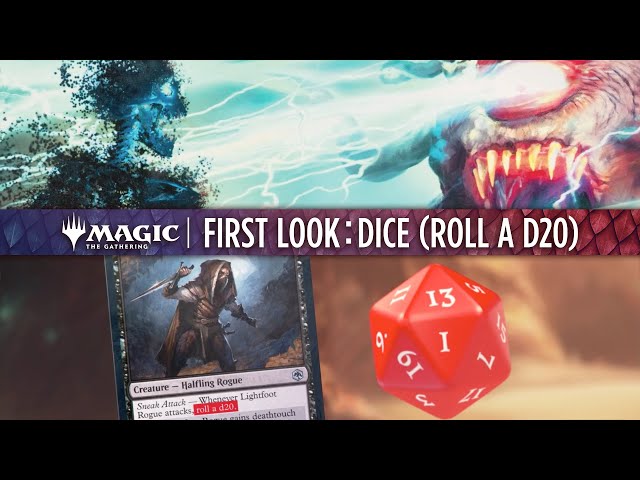 You can stay up to date with all of the sets previewed cards by checking out our Adventures in the Forgotten Realms spoilers guide.

Adventures in the Forgotten Realms launches digitally on MTG Arena on July 8, and physically on July 23.