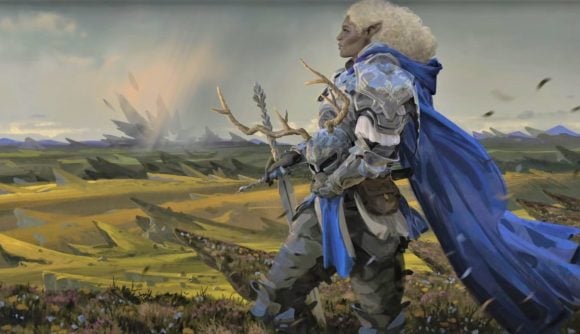 The new Commander decks coming in Adventures in the Forgotten Realms – Magic: The Gathering’s upcoming Dungeons and Dragons crossover set – will each feature a D&D adventuring hero as their main commander card, as well as at least one other possible commander, including an “iconic” D&D monster, publisher Wizards of the Coast says.

And, while we don’t know much about those monster commanders yet, we have been introduced to the noble adventurers. Revealed in Wizards’ Good Morning Magic YouTube show on Monday, the four decks’ primary commanders together make up a D&D adventuring party, with each representing a recognisable D&D character, from race, to class, to backstory.

In the show – which you can watch below – presenter Gavin Verhey introduces the commanders’ names, artwork and backgrounds. They are Vrondiss, Rage of Ancients (a Dragonborn Barbarian, leading the red/green Draconic Rage deck), Prosper, Tome-Bound (a Tiefling Warlock, helming the red/black Planar Portal deck), Sefris of the Hidden Ways (a Genasi Wizard, leading the White/Blue/Black Dungeons of Death deck), and, finally, Galea, Kindler of Hope (a Half-Elf Paladin, topping the White/Blue/Green Aura of Courage deck).

Verhey also drops 12 new cryptic hints about the other cards in these Commander decks, similar to the list of teasers shared by veteran Magic designer Mark Rosewater last week. 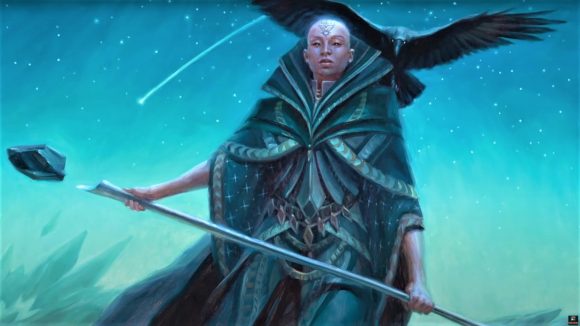 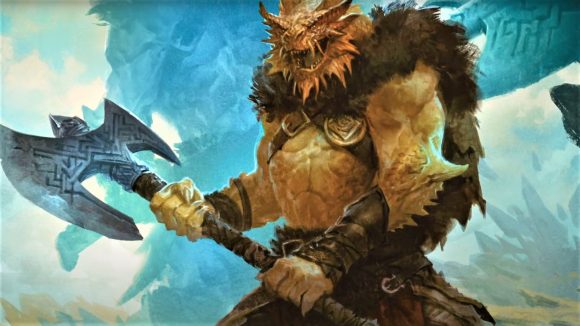 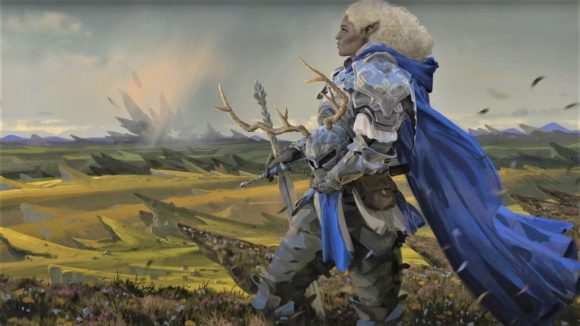 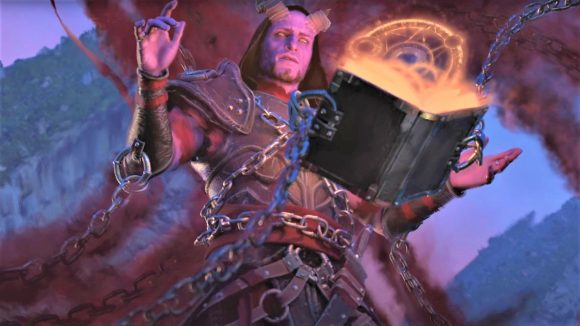 He says the decks will include: 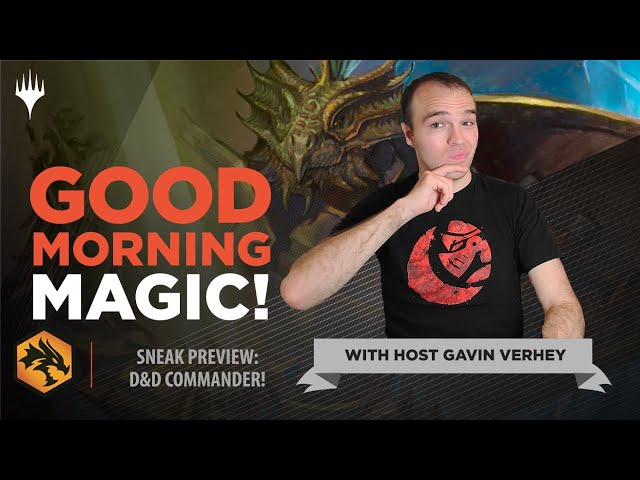 More information about the commanders’ in-game abilities (and thus the likely strategies on which their decks will function), the alternate monster commanders, and other new cards within each deck, are being revealed on July 2 by a variety of sites and channels:

Monday’s reveals came on the first day of Adventures in the Forgotten Realms’ Preview Week event, Verhey said, promising daily updates for the rest of the week, with “art, preview cards, stories, hints, and more about what you can expect in the set”.