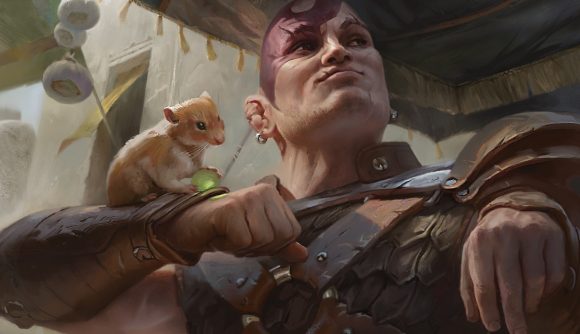 On June 10, Magic: The Gathering will release its second Dungeons and Dragons crossover set, this time built for EDH. Commander Legends: Battle for Baldur’s Gate is filled with all sorts of references to appeal to fans of the tabletop RPG, from the deadliest D&D spells to the mightiest 5e monsters. But one mechanical aspect was removed from the set during its development: DnD feats.

In this Commander Legends set, the D&D theme is not just window dressing, it’s very much built into the set’s mechanics. Players can seize the initiative, cast adventures, and venture into the Undercity dungeon. And you used to be able to give your commander DnD feats, according to head designer Mark Rosewater, but this concept was ultimately scrapped in favour of backgrounds.

Feats were a mechanic that appeared on every monocoloured legendary creature in the Battle for Baldur’s Gate set. They worked much like the ability Monstrous, in that they were one-time-use abilities that powered up the creature permanently. If your commander had the ‘Skilled’ keyword, you could also put a creature with a different feat into your command zone. It would add to your deck’s colour identity, and you could activate its feat from the command zone to use its power on your commander.

According to Rosewater, feats were thought up because Battle for Baldur’s Gate needed a mechanic like Partner that would let you expand the colour identity of your commander. 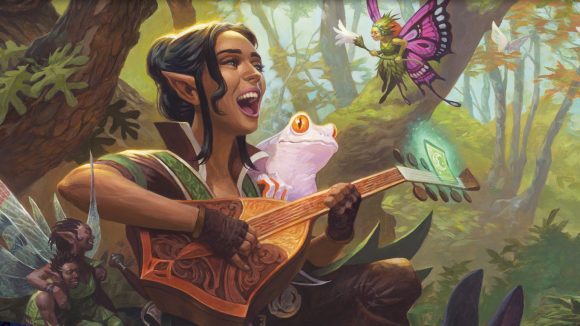 This is because Commander Legends: Battle for Baldur’s Gate is, like all Commander Legends sets, designed to be drafted. It wouldn’t be a good experience if you were locked into a single colour as soon as you picked your commander so, as Rosewater explained in a recent article, the set “needed to have a mechanic that allowed for drafters to add a colour as the draft continued.”

It appears that several versions of this mechanic were dreamt up before the MTG design team settled on D&D backgrounds for the final product. Rosewater recently shared a design story, showing how the mechanic started as feats, then became ‘Story’, before finally landing on backgrounds.

For more news on MTG crossover events, check out our guide to the upcoming MTG Warhammer 40k set, releasing this August.