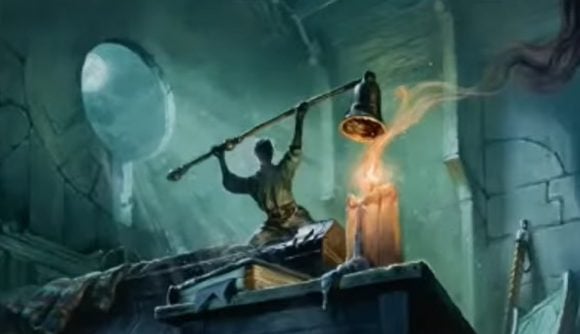 How much do we really know about the legendary creatures that pilot our Commander decks? What were they doing before they found their way into our Magic: The Gathering games? Was your favourite MTG commander, for instance, a world class chef? Well, wonder no longer, because in Commander Legends: Battle for Baldur’s Gate, you can customise your commander and give it its own DnD background.

There are all sorts of DnD backgrounds to pick from in the upcoming Dungeons and Dragons themed EDH set. For instance, you could play Volo, Itinerant Scholar as your commander, but with a Criminal Past. You could pick Wilson, Refined Grizzly, and give him the Noble Heritage he clearly deserves. It sort of lets you experience a limited form of D&D character creation in Magic: The Gathering.

In gameplay terms, these D&D backgrounds are legendary enchantments you can use to customise and enhance your commander. They occupy your command zone and give your commander additional abilities when you play them. For instance, when you have the Background card Raised by Giants out on the field, your commander enters the battlefield as a mighty 10/10 giant, and still has all its other abilities. Even more vitally, Backgrounds add to your commander’s colour identity, letting you play cards you normally wouldn’t have access to.

Battle for Baldur’s Gate’s Backgrounds are clearly modelled after Magic: The Gathering’s Partner mechanic, letting you place multiple cards in your command zone. Much like Friends Forever, which appeared on the Stranger Things Secret Lair cards, Background cards have a limitation, a safety valve, to stop them getting out of control. You can only use Background enchantments alongside legendary creatures that have the ability ‘Choose a Background’. 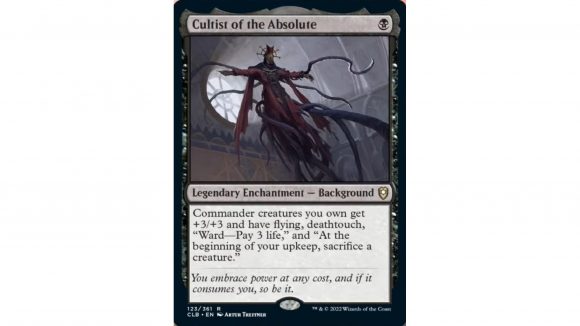 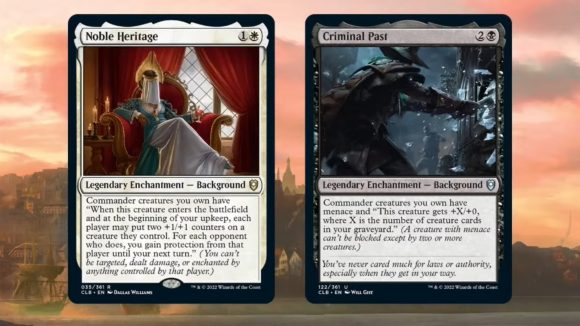 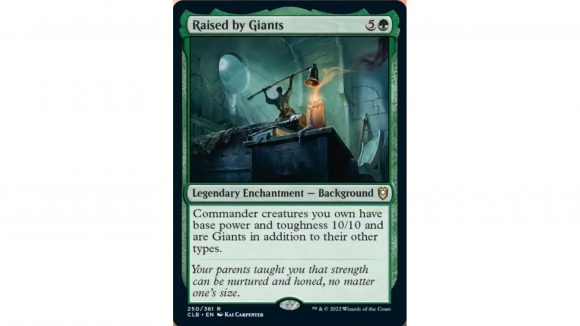 This ability appears on every single mono-coloured legendary creature in the new MTG set, but nowhere else at the moment. According to an article by MTG head designer Mark Rosewater, there’ll be 27 mono-coloured creatures ready to be fitted with D&D backgrounds in the Commander Legends set. There’ll also be 25 Background cards, meaning there’s an enormous number of possible combinations to try out.

If this spoiler season has you feeling a tad lost, our guide to DnD settings might help reorient you. And if you want to know what else MTG has in store for 2022, here’s all the upcoming MTG set release dates.