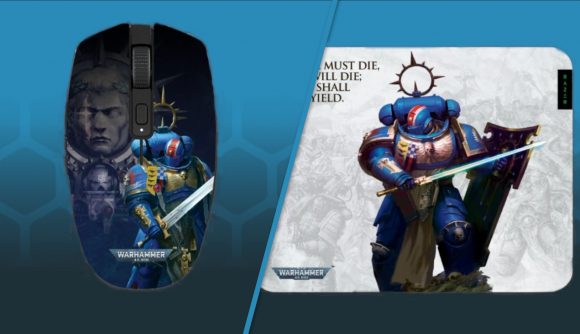 Revealed by Razer and GW via social media on Tuesday, the three Warhammer titles each offer a handful of distinct artworks to choose from, which can be applied to the Orochi V2 gaming mouse and Gigantus V2 mouse mat, via Razer’s ‘Customs’ store. The Customs store also has Razer phone cases customised for various games, including Magic: The Gathering – but these aren’t available with the Warhammer 40k artwork.

The six Warhammer 40k designs available include three featuring Ultramarines Primaris Space Marines, two starring Sisters of Battle and their associated imagery, and one, er, wall of screaming faces – the artwork found on the inside cover of each Warhammer 40k 9th edition codex. Gnarly. 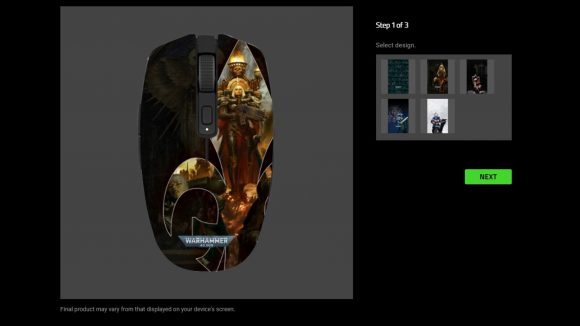 You can also get the mice and mats customised with art from a bunch of other partner brands, from metal bands Sabaton and Dragonforce to Hello Kitty. You know, to go with the genetically altered super-soldiers.