Baldur’s Gate 3 is a Dungeons and Dragons video game created by Larian Studios. Set in the DnD city of Baldur’s Gate, it’s strongly rooted in the 5e ruleset – adapted for a digital format, and mixed in with a healthy dose of Divinity Original Sin. Baldur’s Gate 3 released in early access in October 2020. The currently available version has about 30 hours of content, allowing you to explore a good chunk of the game as a whole host of DnD classes and races.

In a Reddit AMA, Larian said that every 5e class in the Player’s Handbook – that’s 12 DnD classes total – will be found in the Baldur’s Gate 3 classes list upon full release, which is slated for 2023. There’s also expected to be multiclassing and plenty of options for crafting the perfect DnD character build in the game come release day.

But in the early access version of Baldur’s Gate 3 that’s currently available, players still have a decent amount of choice. There are currently nine Baldur’s Gate 3 classes in total, and Larian is adding more as they continue to develop the game. Each class has two to three subclasses you can pick between.

This guide will walk you through all the Baldur’s Gate 3 classes and subclasses, including their armour, weapon, and skill proficiencies. Note that in character creation you’ll pick your class right away, but the chance to specialise into a subclass will come a little later – one you’ve got some level ups under your belt.

All the Baldur’s Gate 3 classes 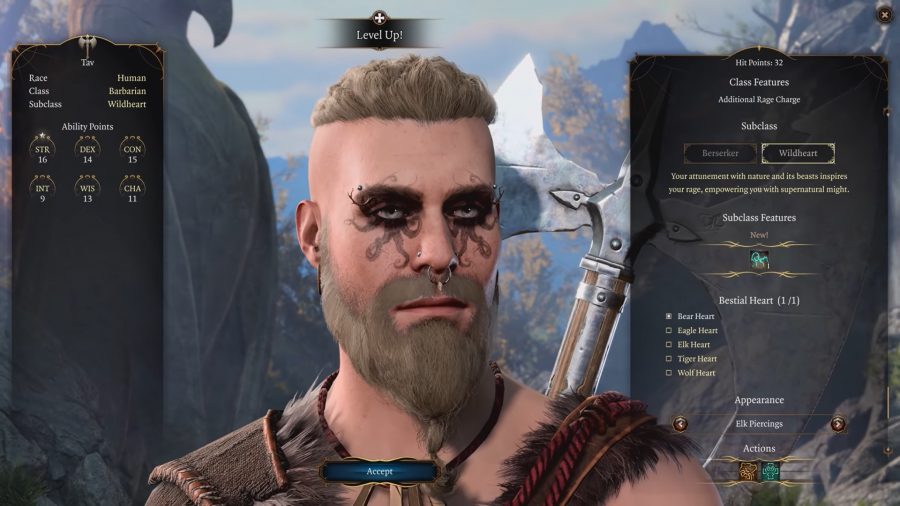 The Barbarian class in Baldur’s Gate 3 is an angry type, who charges into combat ready to hack and slash with nature’s rage. Their Rage ability allows them to deal additional damage with melee weapons, improvised weapons, and thrown objects ranging from chairs to goblins. 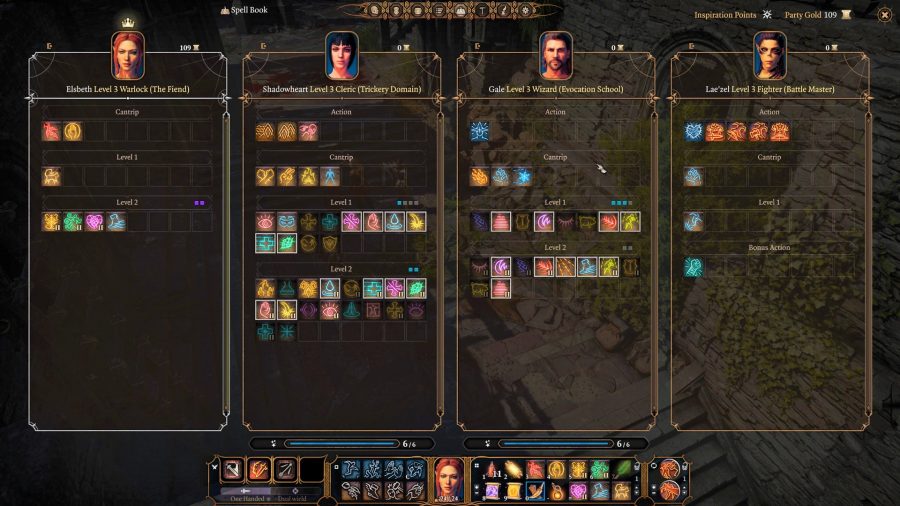 The Cleric class in Baldur’s Gate 3 picks a deity to worship upon character creation, which means they chose their subclass immediately. They can heal their party or hamper their foes with divine spells, and can cast three cantrips, prepare three level one spells and get two subclass spells at first level. 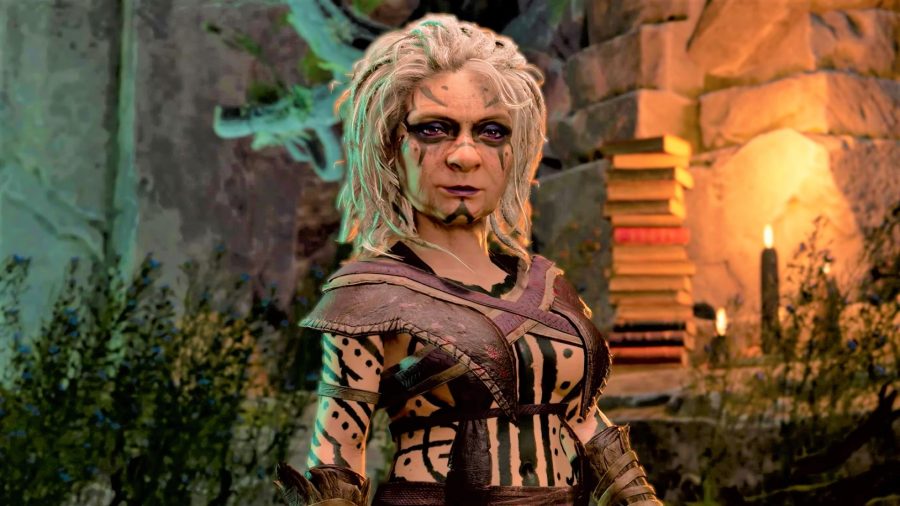 The Druid class in Baldur’s Gate 3 can turn into an animal, and wield a range of nature-themed spells – some offensive, some defensive or healing. They start the game with two cantrips and four spells to pick between. 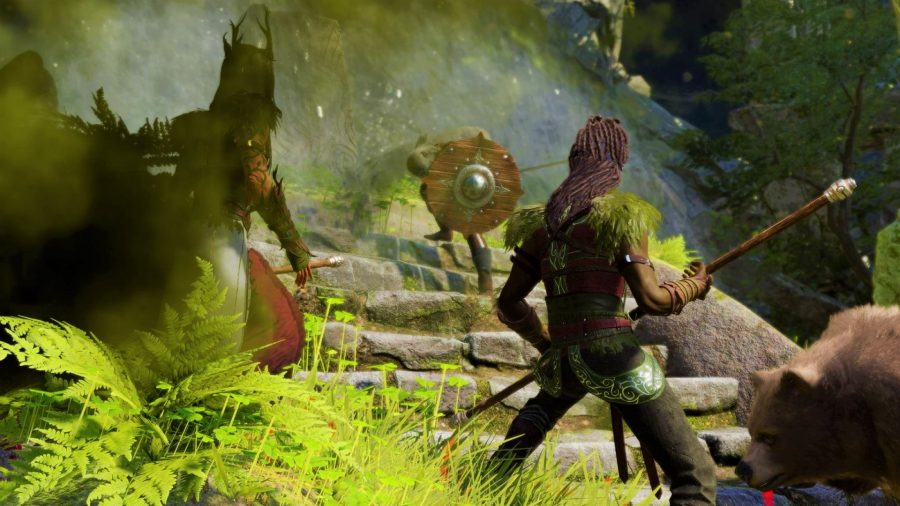 The Fighter class in Baldur’s Gate 3 is one of the more straightforward classes you can pick. They are great with all kinds of weapons and armour – you can kit them out in leather with a dagger, or in plate mail with a giant axe, whatever you prefer. Their Second Wind ability lets them regain HP in combat. 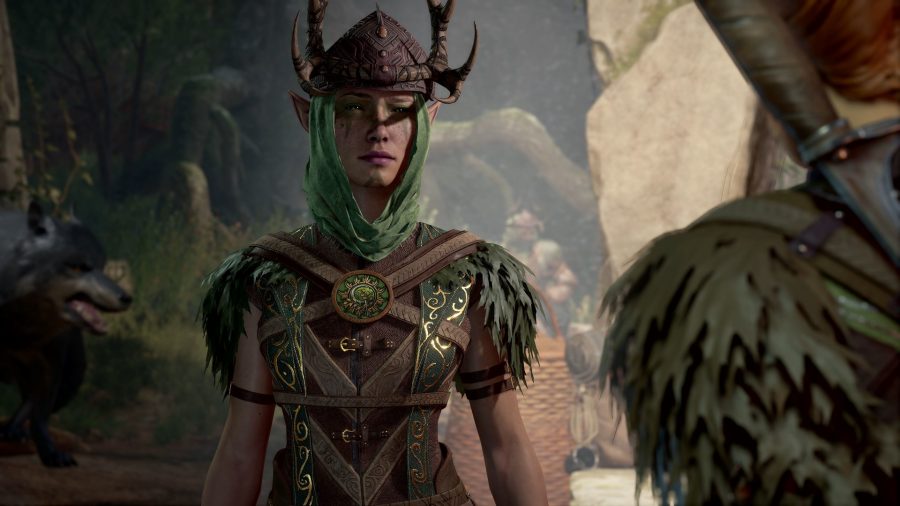 The Ranger class in Baldur’s Gate 3 is a wildsman that knows the terrain and excels at hunting their chosen quarry. At first level, Rangers select a favoured enemy and natural explorer type. Both of these options can grant the character additional spells, proficiencies, and resistances. 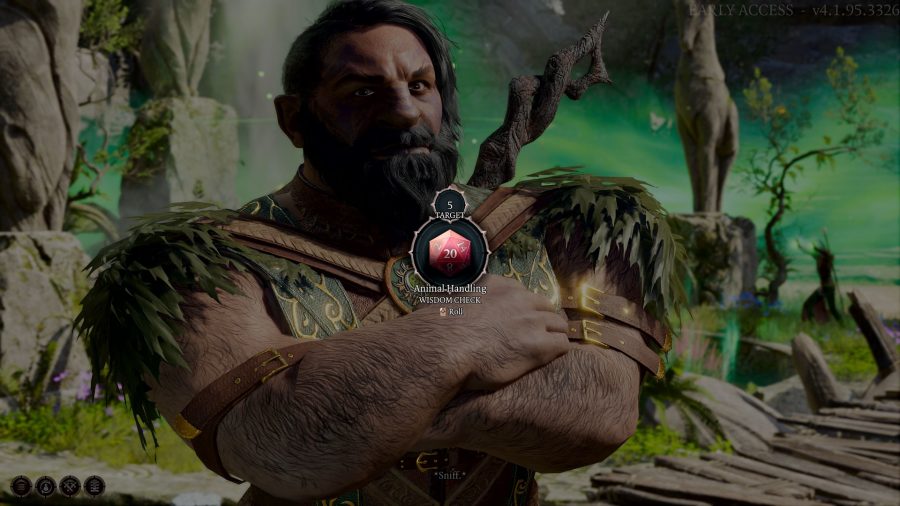 The Rogue class in Baldur’s Gate 3 is the sneakiest option you can pick – as you might expect. It can take out enemies with stealth using Sneak Attack abilities, and excels at picking locks and disarming traps. 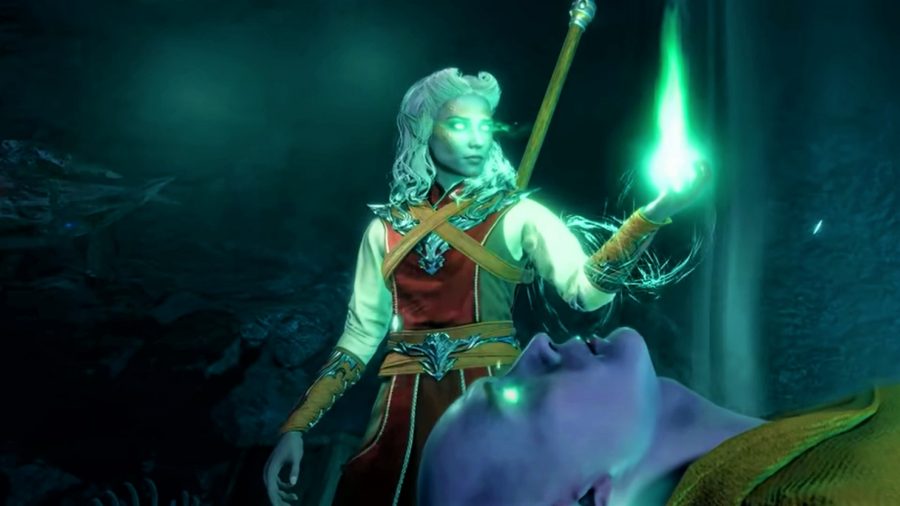 The Sorcerer class in Baldur’s Gate 3 is an atypical kind of spellcaster that’s naturally massively magically talented, and starts out as either a Wild Mage, or with a Draconic Bloodline. At level one you get four cantrips and two level one spells. 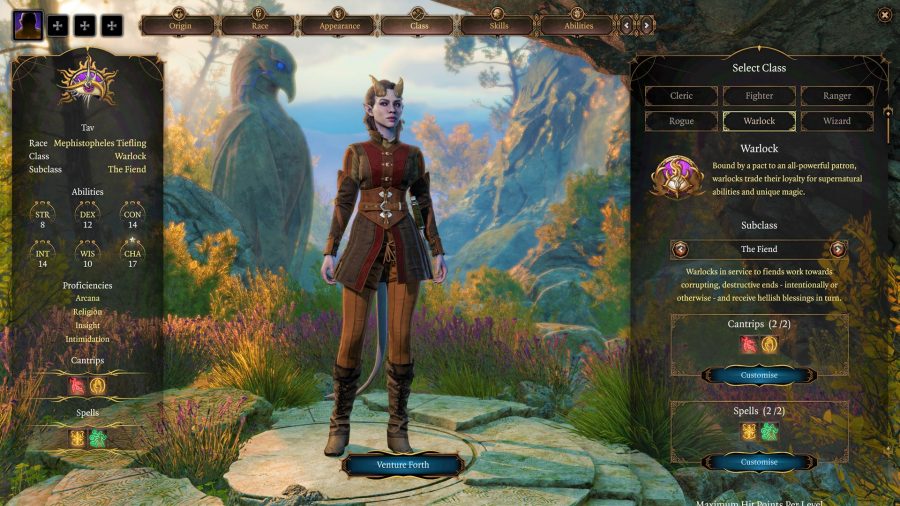 The Warlock class in Baldur’s Gate 3 is a spellcaster whose supernatural abilities come from some eerie, powerful being known as a patron. You pick your subclass at level one, along with two cantrips and two level one spells. Several Warlock spells are unique to a particular subclass. 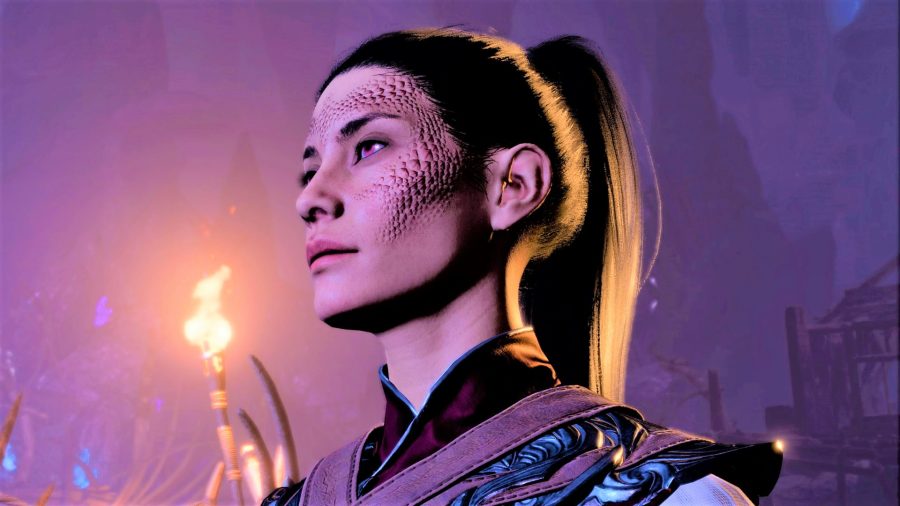 The Wizard class in Baldur’s Gate 3 is your more bog standard magical class – if such a thing is possible. You can’t use armour, or most weapons, but you trade that up for potent magical powers. At level one a Wizard gets three cantrips and an impressive six level one spells. Their Arcane Recovery ability lets them regain expended spell slots, helping them stretch this even further.