Few strategy games can boast the same endurance as Europa Universalis 4. An engaged fanbase, a growing yearly Steam player count, and a broad recognition as one of Paradox’s standout grand strategy offerings, have seen it through a successful seven-year history. For a game with intricate moving parts that operate through information-heavy pop-up panels, its ability to persistently thrive might be as surprising as it is endearing for strategy lovers.

But, in another sense, EU4’s ability to stay afloat should astonish no one. While its core premise of historically-reverent, strategic, nation-building simulation has stayed very much intact, the game has morphed into a vastly expanded version of its former self – one that shares a name but holds a very different persona.

“All. Everything. Enormous. Huge.” That’s how Johan Andersson, studio manager of the recently-established development studio Paradox Tinto, pithily describes to Wargamer the difference between EU4 in its current state, and the game that launched in 2013. Regular DLC releases, spanning everything from nation-specific balancing tweaks to massive mechanical changes, have upended the pace, focus, and core concepts of its gameplay. With its Leviathan expansion releasing later this month, and more add-on content scheduled to follow, the game’s enduring popularity is matched only by its year-on-year extension.

“The maps have been changed dramatically, we’ve changed how logistics work, the fort system, war, the mission system, the research system with institutions,” says Andersson of the game’s progression. “We’ve added unique mechanics pretty much everywhere. We’ve reworked so many base systems that it’s not really the same game. It’s kind of five sequels down the lane.” 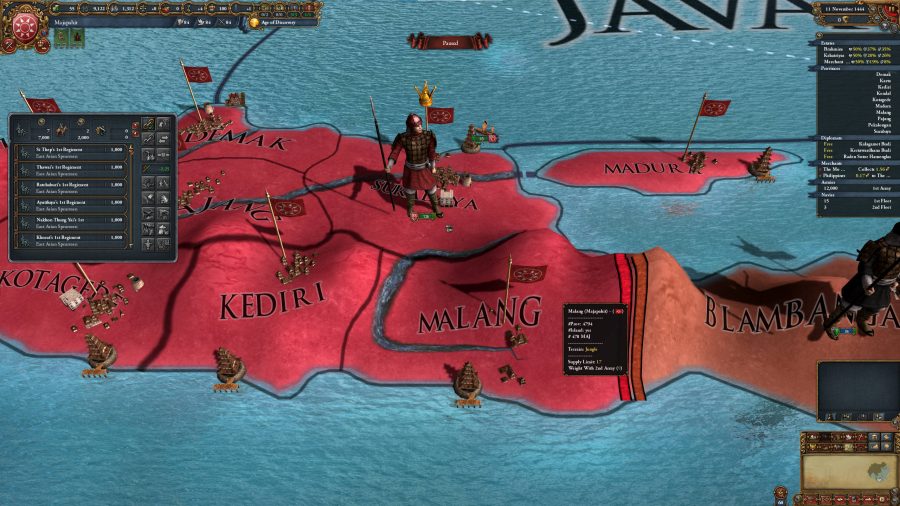 All of this, to realise a straightforward, central design principle, that’s continued to underline the game’s development throughout its iterations: “to create a deep believable world, and a great grand strategy game that’s fun and replayable”. But Andersson paints a very different picture of the process fuelling that concrete vision. EU4’s journey to its current state hasn’t been one of linear development, but sporadic experimentation, led by the development team’s shifting geographical and historical curiosities.

EU4’s journey hasn’t been one of linear development

In Leviathan’s case, its focus on bolstering the content of Southeast Asian, North American, and Aboriginal Australian nations stemmed from individual whims. Andersson sounds almost embarrassed when he suggests the slightly scattergun reasoning behind the features of the new DLC.

“Is it a bad answer when I say the content people wanted to work on it?,” he says bluntly. “We keep going, ‘Okay, which part has not been touched recently?’, or ‘What part do people want to work on?’, and then we’ll work on it. You have to have stuff that people are passionate for, work on it, and get that done.” 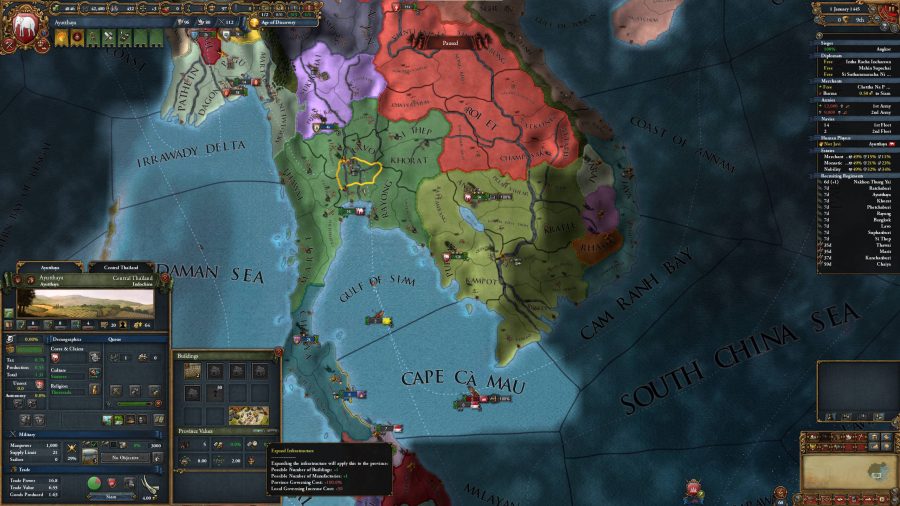 Ideas for restructuring the game’s map of Southeast Asia emerged gradually last year, alongside a general flow of new design concepts. The mechanical additions of Leviathan came later, snowballing organically as the team worked to flesh out the regions they had set upon. The Totemism religion will be revamped, and the Aboriginal peoples redesigned for better cultural and historical accuracy. Biggest of all, new diplomatic systems and economic overhauls will be introduced, allowing you to ‘play tall’, and progress your nation without expanding its borders.

Pumped Up Kings: Check out our Crusader Kings 3 mods guide

“We don’t really start out by going, ‘We want this playstyle,’ says Andersson. “We’re just like ‘Okay, what are the things that made this place unique or different? How can we make mechanics for these ones?’ And then, ‘Will these things create a new style? Yes. Will it impact other playstyles? A little bit.’” 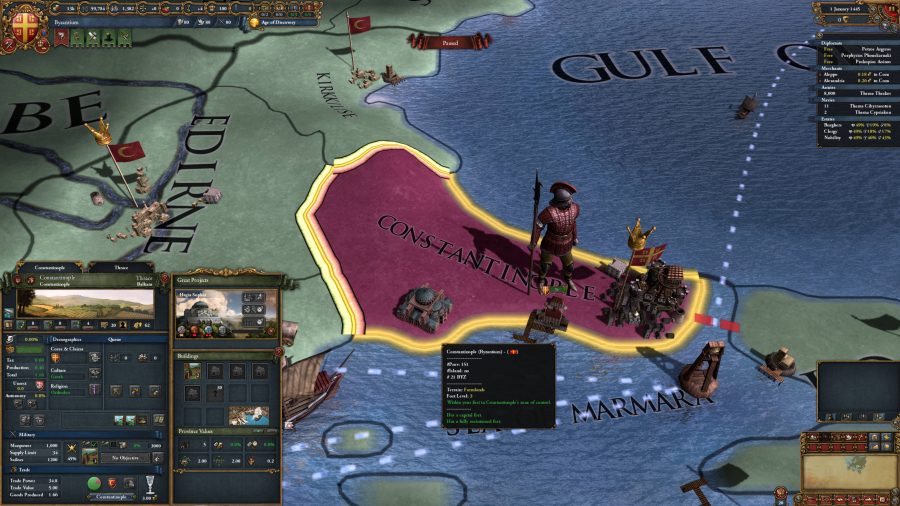 “When we’re doing features that are really specific, we’re not necessarily looking at the playstyle first, but we’re thinking more, is this something that fits and feels right, and is it fun?”

I would have not done the new mission system

Andersson often brings up ‘fun’, as if it were some measurable force that could be harnessed to perfectly enhance a game. But more than seven years of development hasn’t exactly produced home run after home run for EU4, and among the slew of DLC, many additions have been met with mixed audience responses. Andersson isn’t blind to this, and says he would have done “lots of things” differently with the knowledge of hindsight. 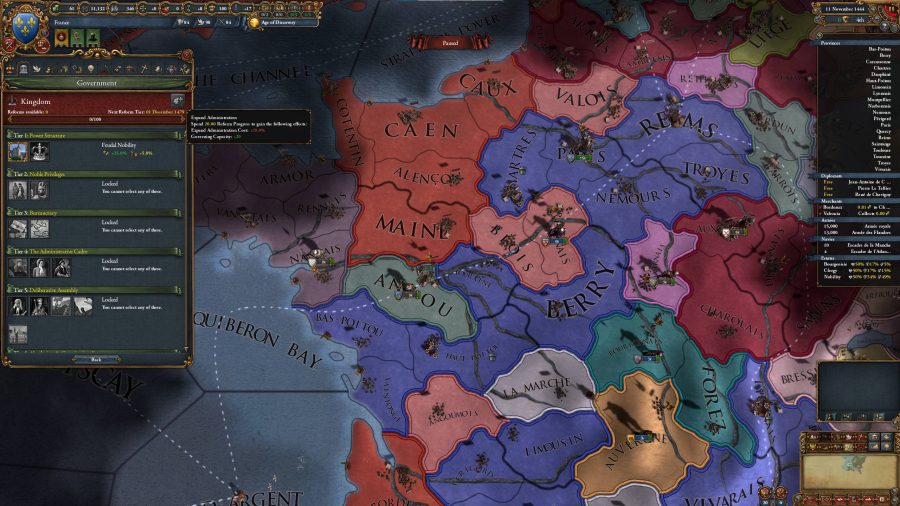 “We should have scrapped the ‘start at any date’, because people are not using it, and it’s just costly support,” he adds. “There’s a lot of things I would try different.”

Anderssons’ reflections on the game ought to weigh a little heavier than those of his compatriots. Something of the grandfather to Europa Universalis, he’s been working on the series, as he puts it, “since day one”, and was there to see the first game of the series released over 20 years ago. Significant UI changes, engine upgrades, and new development capabilities aside, to him, EU4 is fundamentally the same game as its predecessor from 2001. 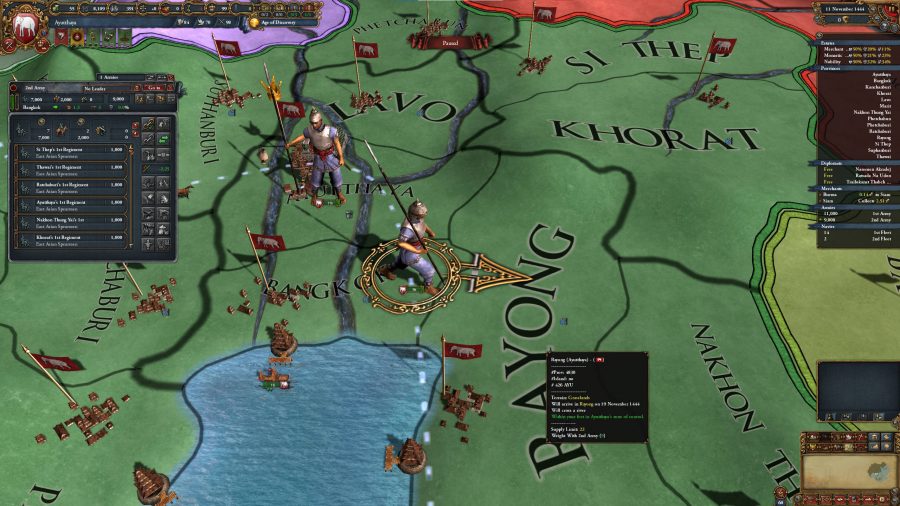 He thinks its resoundingly straightforward premise, of letting you “play a country through time, making it survive and prosper”, hit upon some staple formula that has seen players come back again, and again. Ultimately, he thinks players’ interests just haven’t changed all that much over the last two decades.

“I think that people want to play certain games,” he says. “Civilization has been the same game for 25 years. Call of Duty is the same game. FIFA is the same game. I don’t think there’s anything special about making a sequel that’s better than the previous one, it’s just a very, very similar game, and people want to come back to it. That’s not a problem.” But while the basic setup of the game might not have changed, its player base certainly has. The last few years have seen grand strategy games garner increasing attention from the more mainstream sections of the PC gaming space, and rival the popularity of the once-dominant RTS genre for broad appeal. Crusader Kings 3 launched last year with the kind of celebratory fanfare and wide acclaim that Crusader Kings 2, or even Europa Universalis 4, could have only dreamed of upon release. 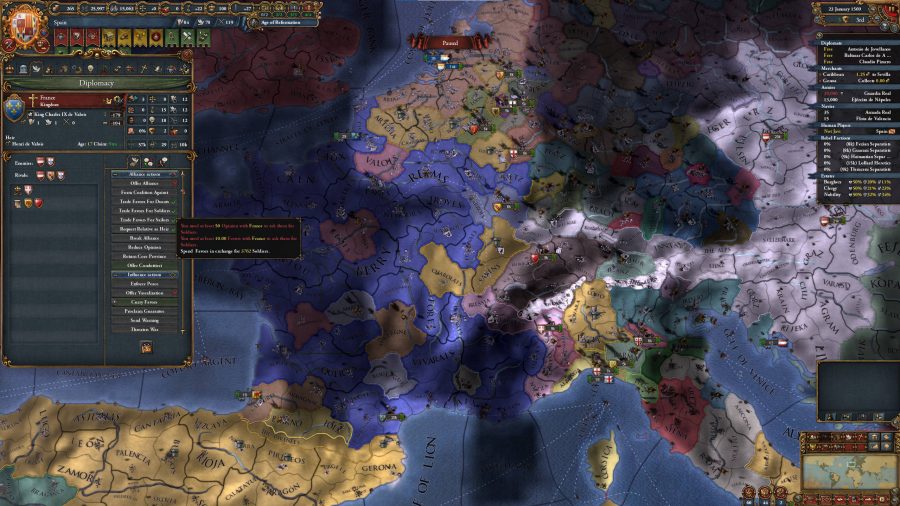 Generalissimo: Check out our Hearts of Iron 4 DLC guide

“Part of it comes from the UI being better to play, but also, I think, part of it is graphics. EU4 was the first GSG [grand-strategy game] that didn’t look like crap. I mean, at least from us. And then we had Stellaris, which looks really, really good in space battles. And then you have Crusader Kings 3 that looks really good. And Imperator had a good looking map as well.” 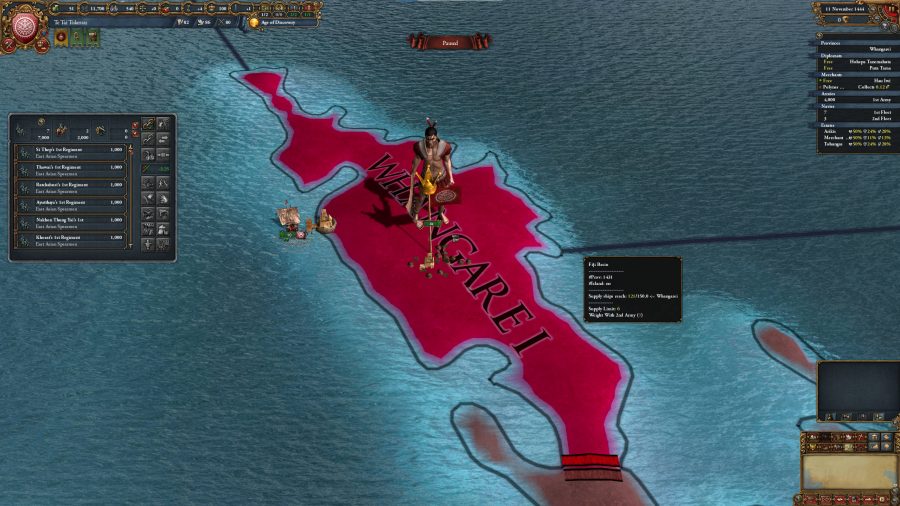 But Andersson is clear that in the face of the genre’s growing popularity – in particular that of Crusader Kings 3, with its shift to roleplay and character-driven governance – his taste, and the focus of Paradox Tinto’s output, is unlikely to alter.

“I’m more like an EU, Hearts of Iron, or Victoria kind of person,” he explains. “I like their systems and their mechanics. I’m a strategy gamer, a numbers person, and not just an RPG person. Whenever I play RPGs, I play them for levelling up numbers, not stories.”

“I want people to feel like they’re the King of France, or the ruler of Korea or whatever. You should get lots and lots of immersion. Roleplaying for getting immersion into the game, I like. But all of these weird sideline stories as you play as a character in Crusader Kings doesn’t really fit when you’re ruling a nation in EU.” 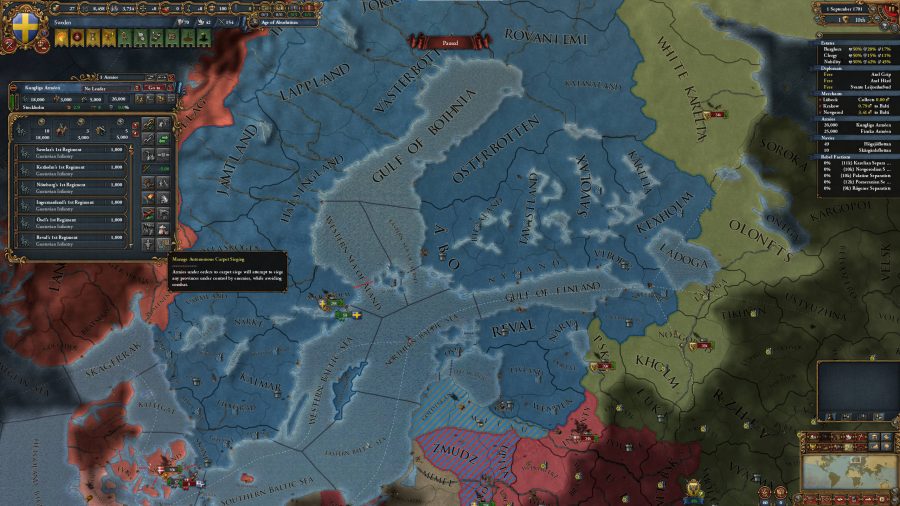 There’s no official roadmap for EU4’s development past Leviathan, but Andersson says “more expansions” are on the way, although their scope, size, and specificities, while surely take the same sporadic development paths as the game’s other content has before them. While he talks as if EU5 is a certainty, and says it will come “eventually”, he also adds: “But it’s like, eventually, we’re all gonna die also. So that’s the only good answer there is.”

With more than seven years of development behind EU4, and more to go, why would he want to start over, and make a game with the same core premise, entirely from scratch? 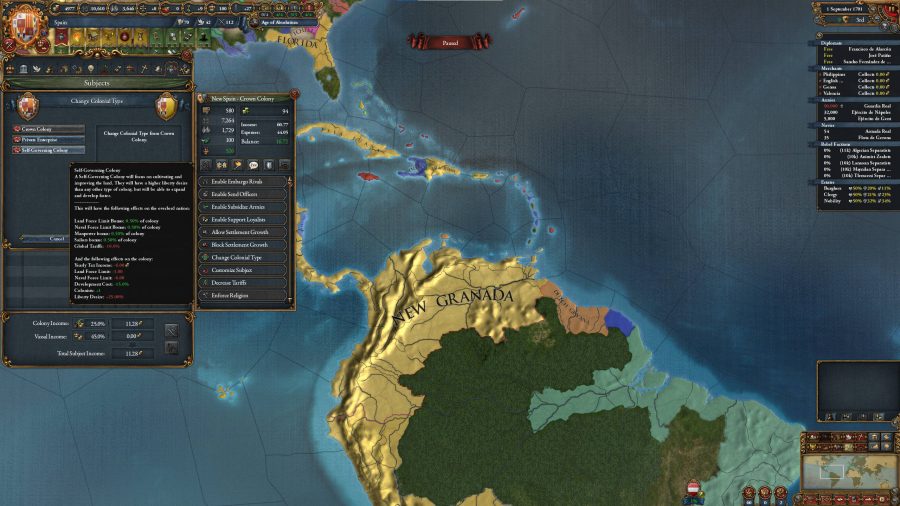 “Have you taken a look at Crusader Kings 3 and compared it to Crusader Kings 2?” he asks. “That’s one advantage: having a completely unique and more powerful platform. And new ideas. Redoing something from the start, there’s plenty of stuff you can try.”

Regardless of when EU5 will emerge, what spruced-up visuals it might boast, or what the general perception of the grand-strategy genre will be in the coming years, Andersson is sure to be at its head. It’s his chance to make the same game, but better, and for all the right reasons:

“The first time I just wanted to make a cool strategy game. Now I want to make sure I don’t fuck it up.”