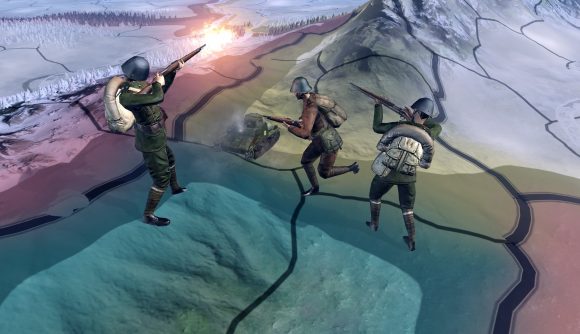 Hearts of Iron 4’s next DLC, No Step Back, is marching closer. While Paradox has already teased some of the major changes coming to the game’s supply system, and many of the new Soviet alt-history pathways, the studio revealed in a dev diary today a few of the operational changes we can expect.

After you’ve built all those fancy new railway supply lines, you’ll have the option to tear them straight down, as you enact that most infamous of Soviet defensive tactics: the scorched-earth policy. A process of deliberately destroying valuable military assets so as not to let them fall into enemy hands, it was frequently used by the Soviets during their retreat from the invading Nazi forces.

You can follow suit by spending Command Power to destroy railways in any province you occupy. Although factories are spared from the sabotage, advancing armies must spend time repairing damaged railway lines if they’re to continue supplying their front lines. It looks like an effective way of curtailing invasions, although at the expense of all your hard work.

Further changes will also be made to the tactical customisation system teased in a previous dev diary. Granting players greater control over their armies’ military strategies, you’ll not only be able to set the ‘preferred tactics’ of your divisions at a national level, but assign favoured combat tactics to individual generals and field marshals, too.

Granting various boosts to your divisions’ combat stats, the choices are permanent and are intended to replicate the many doctrines and military principles that were ingrained within military leaders. 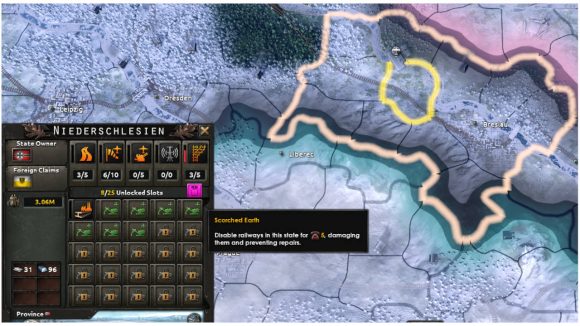 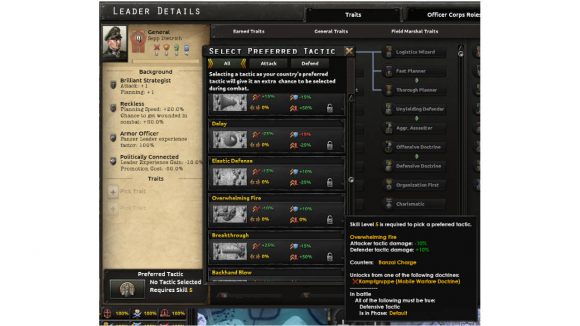 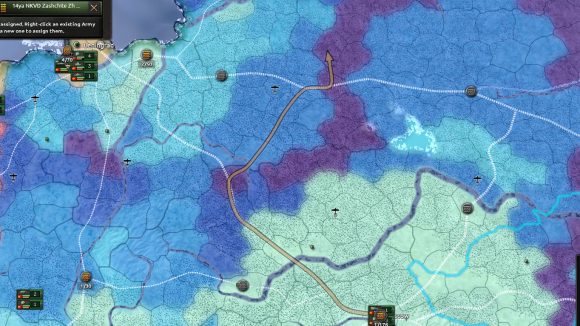 Elsewhere, the dev diary explained that strategic redeployment of troops – an option which lets your divisions hop on a train to move about, instead of marching everywhere by foot – will make use of the game’s new railway system. It should simulate “more realistic army relocation”, and change pathfinding to account for existing railway lines.

Although smaller changes than those teased in recent dev diaries, they look to build tightly on No Step Back’s emphasis on railways and supply systems.

If you want a leg up in your WW2 warfare, check out our pick of the best Hearts of Iron 4 console commands, and our list of every HOI4 country tags to use them with.