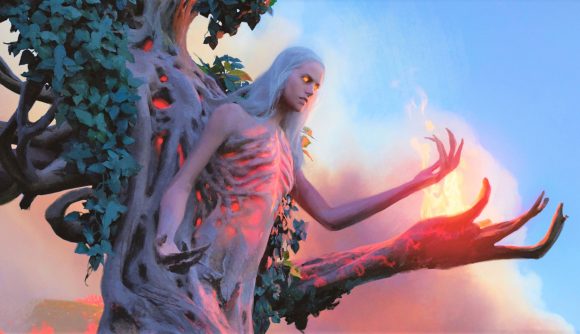 Magic: The Gathering is having a pretty varied year in 2022. We’ve leapt from the sci-fi splendour of Neon Dynasty to the stylish-but-seedy streets of New Capenna. We’re coming home in Dominaria United and looking back through time in The Brothers’ War. But according to MTG head designer Mark Rosewater, 2023 will have something bigger and bolder than any of this year’s premier MTG sets.

“I think 2023 has the most ambitious design for a premier set I’ve ever done,” Rosewater shared on his Tumblr blog on Sunday. A torrent of follow up questions from fans naturally followed, and Rosewater revealed that he was talking about “exploratory design and vision design” and that his previous ‘most ambitious set’ was 2019’s War of the Spark.

War of the Spark was certainly an ambitious set – not only in terms of its high stakes storyline, but also from a design standpoint, as it really pushed the boundaries on what could be done with planeswalker cards. The set also managed to cram in a staggering 36 planeswalkers, at all rarities except common, and still be perfectly functional – no mean feat.

Somewhat confusingly, Rosewater later said War of the Spark was “the most recent design where I felt I pushed boundaries, not the most boundary pushing set of all time”. On Monday, he added that ‘most boundary pushing set’ best describes Future Sight, a set which had the mission statement of looking ahead and making guesses about the future of Magic. 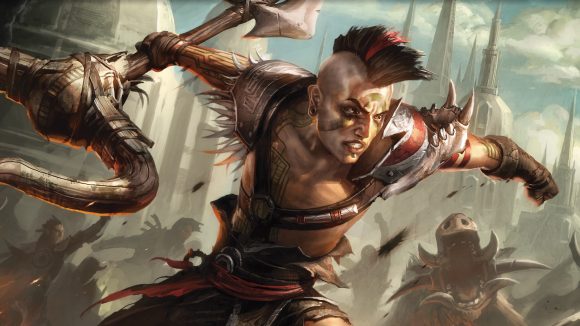 Whether it’s more closely akin to Future Sight or to War of the Spark, it seems one of the sets in 2023 will be pushing the boat out when it comes to design. Let’s hope it’s the good kind of innovation that leads to fun new mechanics, and not the sort that leads to game breaking stuff like Companion.

So far, all we know about the MTG sets of 2023 is that they’ll continue a multiset storyline that gets started with Dominaria United, presumably involving the phyrexians. Oh, and we also know that the Lord of The Rings Universes Beyond crossover is coming next year.

As for what’s left to enjoy in 2022, check out our 2022 set release schedule for more details. And here’s our predictions for what’ll happen in Dominaria United.