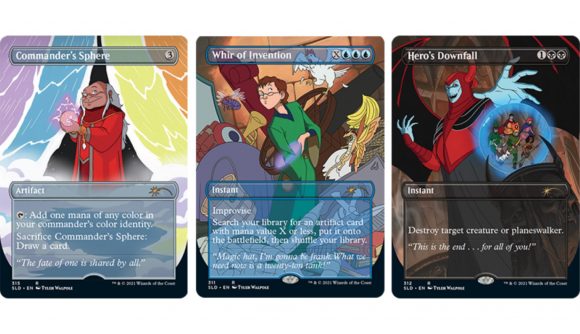 Fans of old-school Magic: The Gathering, comic books, and Dungeons and Dragons’ rather short-lived Saturday-morning cartoon from the ’80s, rejoice! The latest instalment of Magic’s accelerating schedule of Secret Lair collectors’ edition releases contains a whole bunch of different themed ‘drops’, headed up by six cards directly inspired by Marvel and TSR’s Dungeons & Dragons tie-in TV series (which ran from 1983 to ’85).

As usual for Secret Lair cards, these share their name and mechanics with existing in-game cards, but come as special borderless editions, with unique artwork and flavour text. In this case, we get brightly coloured animated renditions of the show’s heroes, including Hank, the Ranger, Bobby, the Barbarian, and Presto, the Magician – as well as the cartoon’s primary villain, the evil wizard Venger. It really is quite a vibe. You can see all six cards close up, down below.

Frazier has reimagined the ten ‘Signet’ Artifact cards associated with the ten guilds in MTG’s Ravnica setting, giving them the slightly surreal, 70s-pulp-fantasy-book-cover style that characterised so many early Magic cards. In short, these special edition Signets really slap. 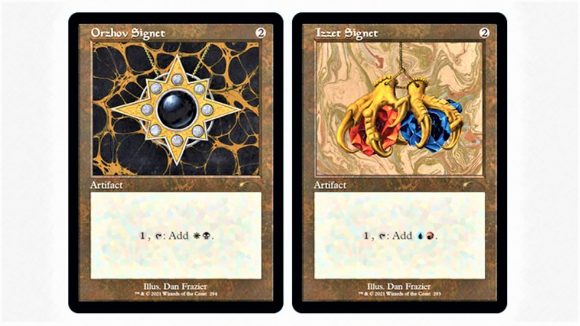 All these Secret Lair ‘superdrop’ special edition sets were revealed in a Magic blog post on Thursday, and you’ll be able to order them on the Secret Lair site, between 9am PT / midday ET / 5pm BST on Monday, June 21, and the same time on Friday, July 23. 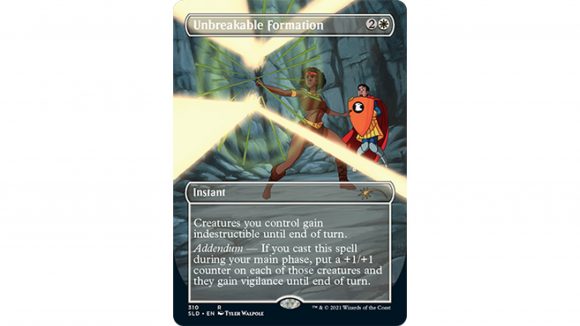 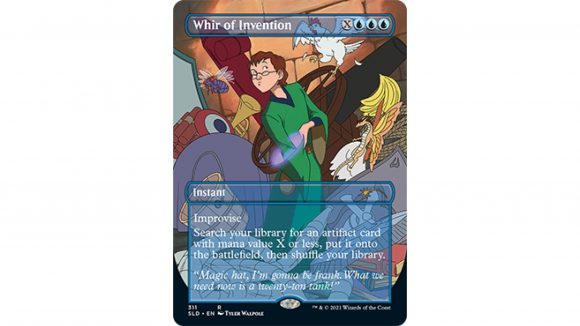 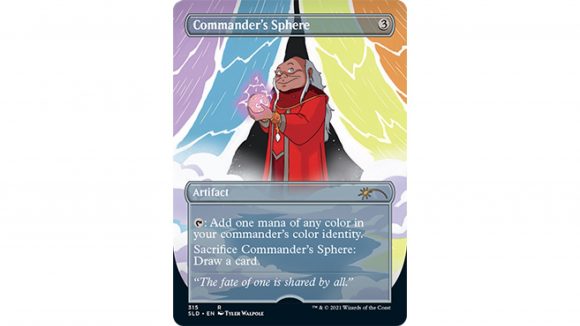 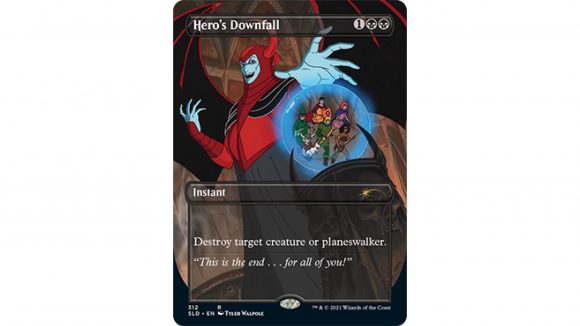 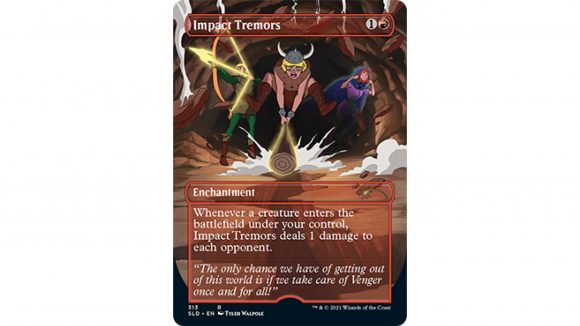 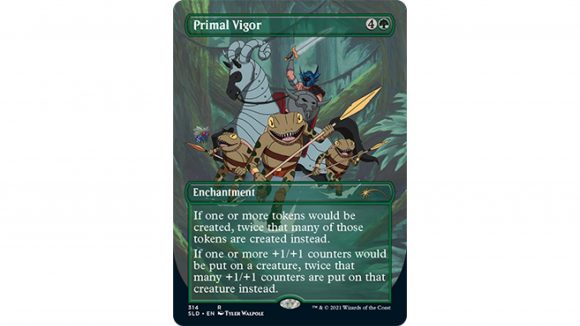 Magic: The Gathering’s other recent Secret Lair announcements include a crossover set with Netflix paranormal thriller series Stranger Things, and a set inspired by classic, psychedelic gig posters. The next major set release will be Adventures in the Forgotten Realms, the first ever full-scale Dungeons and Dragons-themed release in Magic: The Gathering.

It comes shortly before the release of Wizards of the Coast’s much anticipated Dungeons and Dragons action-adventure videogame, D&D: Dark Alliance – which, like Adventures in the Forgotten Realms, directly features beloved characters Drizzt Do’Urden, Cattie-Brie, Bruenor Battlehammer and Wulfgar. All four hail from the popular, long-running D&D novel series The Legend of Drizzt, by R.A. Salvatore.

Inspired to get back in the game? Brush up on your MTG skills with our guide on how to build a Magic: The Gathering deck. Or try the ‘Mario Kart’ of Magic, and learn how to build MTG Commander decks.