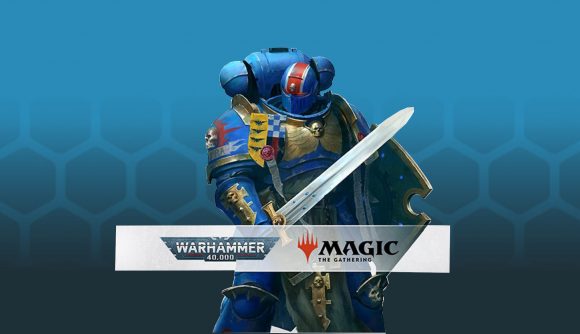 A product listing for an Ultra Pro Magic: the Gathering deck box, seemingly associated with an unannounced Warhammer 40k Secret Lair product, was spotted by Reddit user Startrouble on Wednesday. The user posted screenshots they’d taken of the Miniature Market webstore to the MagicTCG subreddit, showing a product named ‘Ultra Pro Deck Box: Secret Lair: Warhammer 40k’. Got enough colons in there? However, it’s notable that the listing has since been changed, and the word ‘Secret Lair‘ removed, replaced with ‘Commander’.

We know Wizards of the Coast is releasing a set of four Commander decks in a Warhammer 40k MTG crossover  later this year, but no Warhammer 40k Secret Lair has been announced at this time. However, it would not be overly shocking if some form of premium Secret Lair product was in development, to go up for pre-order alongside the Commander deck release.

On the other hand, this may be a simple case of mistitling. The manufacturer, Ultra Pro’s, own website lists a similar-sounding product, but describes it as a deck box for the Warhammer 40k Commander decks. At time of writing it appears the Miniature Market product listing has been altered to match. It now says ‘Warhammer 40k Commander’ instead of ‘Secret Lair: Warhammer 40k’. 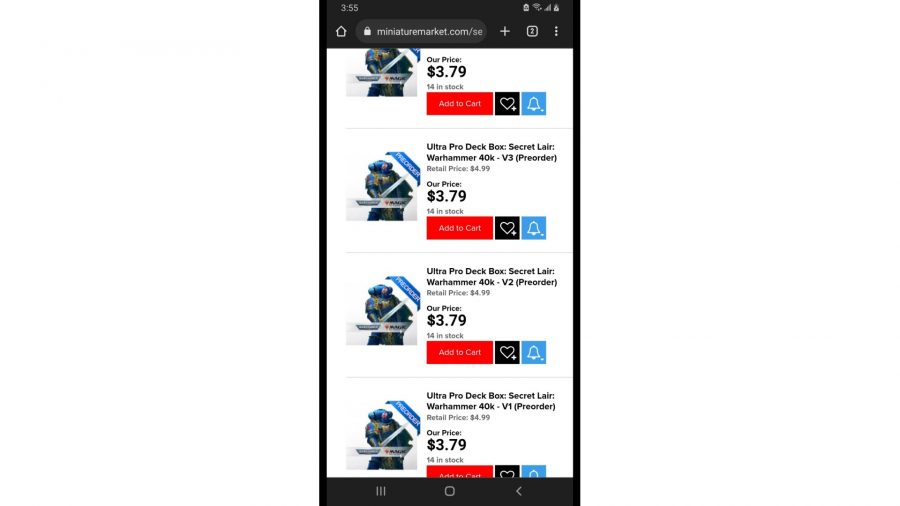 There are still some observable differences in the Miniature Market listing, however. For starters they give a price: $3.79, which Ultra Pro does not. Also, where Ultra Pro’s listing says “image coming soon”, Miniature Market has provided an illustration: artwork of a sword and shield-wielding Primaris Space Marine.

It’s unknown if this is placeholder artwork, but it does seem likely. This image has been used by Games Workshop before – in materials for Warhammer Alliance, the kid-friendly educational support programme for the Warhammer hobby – and we’ve already seen plenty of original  Warhammer 40k MTG crossover set art. Miniature Market’s listing also states that the “image, contents, and release date are subject to change.” 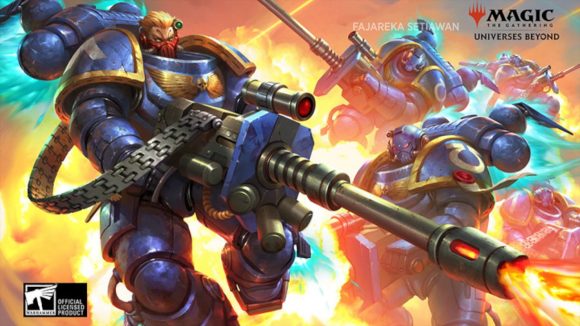 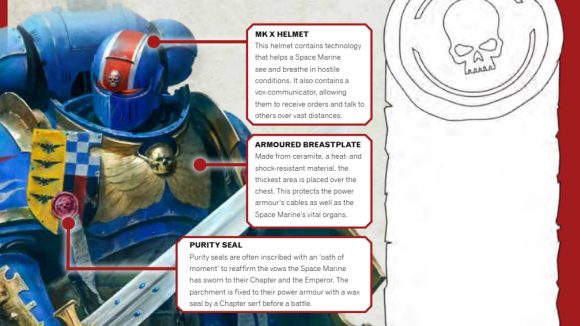 We don’t yet know exactly when the MTG Warhammer 40k crossover will arrive, but we do know it’s coming “later” in 2022. Whether that’s an autumn or a winter release though is anybody’s guess.

Here’s all the MTG set release dates we do have for 2022, however. And if you’re into your funky MTG products, check out our list of the best MTG Secret Lairs.